Donate Now
(Berlin) – There is a growing global trend to confront the abuses of headline-grabbing autocrats, Human Rights Watch said today in launching its World Report 2019. Within the European Union, at the United Nations, and around the world, coalitions of states, often backed by civic groups and popular protests, are pushing back against anti-rights populists.

In the 674-page World Report 2019, its 29th edition, Human Rights Watch reviews human rights practices in more than 100 countries. In his introductory essay, Executive Director Kenneth Roth says that the big news of the past year is not the continuation of authoritarian trends but the growing opposition to them. That pushback could be seen in efforts to resist attacks on democracy in Europe, prevent a bloodbath in Syria, bring to justice the perpetrators of ethnic cleansing against Rohingya Muslims in Myanmar, stop the Saudi-led bombing and blockading of Yemeni civilians, defend the longstanding ban on chemical weapons, convince Democratic Republic of Congo President Joseph Kabila to accept constitutional term limits, and demand a full investigation into the murder of Saudi journalist Jamal Khashoggi.

“The same populists who spread hatred and intolerance are fueling a resistance that keeps winning battles,” said Roth. “Victory isn’t assured but the successes of the past year suggest that the abuses of authoritarian rule are prompting a powerful human rights counterattack.”

In Europe, support for rights took many forms, on the streets and in institutions. Large crowds in Budapest protested against Hungarian leader Victor Orbán’s moves to shut down Central European University, a bastion of liberal inquiry and thought, and to enact a so-called “slave law” that increases permissible overtime and allows three-year delays in paying for overtime work.

A high point for the EU came in September, when the European Parliament responded to Orbán’s increasingly authoritarian rule by voting to launch a process that could end with political sanctions under article 7 of the EU Treaty. Nearly 70 percent of members of the European Parliament from a wide range of parties supported the unprecedented move. With discussions about tying the EU’s next five-year budget – due by the end of 2020 – to respect for democratic standards, the parliament’s move signals that Hungary, one of the largest per-capita recipients of EU funds, may no longer depend on European largesse if it continues to undermine the EU’s fundamental democratic freedoms.

Tens of thousands of Poles repeatedly took to the streets to defend their courts from ruling party attempts to undermine their independence. Poland’s judges refused to abandon their jobs in the face of Law and Justice Party leader Jarosław Kaczyński’s efforts to purge them; the EU Court of Justice later backed their refusal, and they were reinstated by the authorities as a result.

Beyond its borders, the EU and some member states showed notable leadership on human rights issues. The Netherlands, Belgium, Luxembourg, and Ireland, along with Canada, took the lead to ensure the UN Human Rights Council rejected a heavy-handed Saudi effort to avoid scrutiny of alleged war crimes in Yemen. Following Khashoggi’s murder, Germany barred 18 Saudi officials from entering the 26-nation Schengen area, while Germany, Denmark, and Finland stopped arms sales to the kingdom. (The United States and Canada also imposed targeted sanctions against many of the Saudis implicated in the murder.) This pressure may have contributed to Saudi-led coalition agreement during UN-led negotiations to a ceasefire around the port of Hodeidah in Yemen, a critical point of access for the population facing starvation. 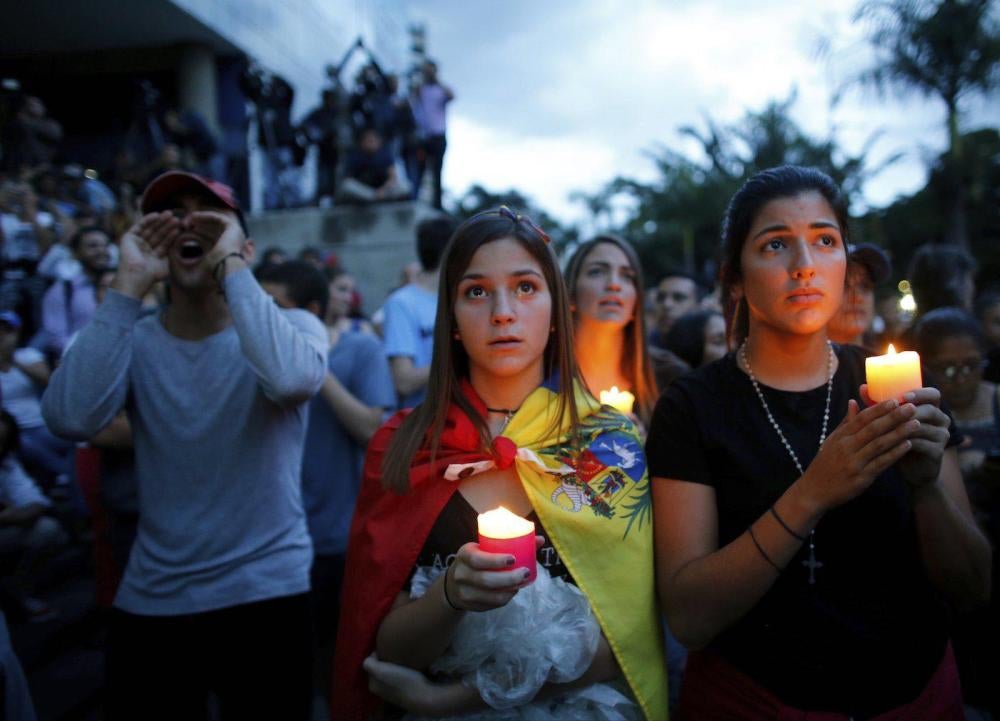 In the United States, President Donald Trump sought to mobilize his support base by trying to portray asylum seekers fleeing Central American violence as a crisis. The opposition Democratic Party gained control of the House of Representatives in midterm elections partly by voters’ rejecting such fear-mongering.

Other transfers of power reflected human rights concerns. Voters in Malaysia and the Maldives ousted their corrupt leaders. Armenia’s prime minister stepped down amid massive protests over corruption. Ethiopia, under popular pressure, replaced a long-abusive government with a prime minister who embarked on an impressive reform agenda. Sri Lankan legislators, courts and the public turned back a “constitutional coup” by the current president and his predecessor.

The trend is not all positive. Today’s autocrats try to undermine democracy by scapegoating and demonizing vulnerable minorities to build popular support, Human Rights Watch said. They weaken checks and balances on government power, including an independent judiciary, a free media, and vigorous civic groups. The human cost can be enormous, such as the humanitarian crisis in once oil-rich Venezuela, the thousands of extrajudicial killings in the Philippines’ “war on drugs,” and China’s arbitrary detention for forced indoctrination of some 1 million Uyghurs and other Muslims, according to credible estimates.

China has increased its repression over the past year to the worst levels since the 1989 massacre of protesters from the Tiananmen Square democracy movement. Xi ended term limits on his presidency and vastly expanded China’s surveillance of ordinary people. The authorities broadened their assault on freedom of expression, detaining journalists, prosecuting activists, tightening ideological control over universities, and expanding internet censorship.

Autocrats’ failure to protect basic human rights has made it easier for brutal leaders to get away with mass atrocities, such as Syria’s attacks on civilians in areas held by anti-government forces and the Saudi-led coalition’s indiscriminate and disproportionate bombing and blockading of Yemeni civilians. But growing global opposition repeatedly raised the cost of such actions, Human Rights Watch said.

The UN Human Rights Council overwhelmingly voted to adopt a landmark resolution, jointly presented by the Organisation of Islamic Cooperation and the EU, creating a mechanism to collect, preserve, and analyze evidence of the most serious international crimes committed inMyanmar since 2011 to build cases for future prosecutions.

In Syria, government forces with backing from Russia, Iran, and the armed group Hezbollah took back most of the country. European pressure on Russia helped to stem an all-out attack on northwestern Idlib province, where another bloodbath seemed likely as the Syrian-Russian military alliance threatened another indiscriminate bombardment of the 3 million civilians there. Putin agreed in September to a ceasefire that remains precariously in place, showing that even in such a complicated situation, concerted international action can save lives.

Pressure from other African countries was key to persuading Congolese President Kabila to finally schedule elections for his successor, two years after his two-term limit ended, although a dispute now rages over the election results announced by the government-dominated election commission. The threat of mass African withdrawal from the International Criminal Court (ICC) further ebbed following pushback from African countries and civic groups.

Much of this counterattack played out at the UN, even as autocratic leaders sought to weaken its multilateralism and the international standards that it sets. Beyond its important action on Myanmar and Yemen, the UN Human Rights Council adopted for the first time a resolution condemning the severe repression in Venezuela under President Nicolas Maduro. Five Latin American governments and Canada urged the ICC to open an investigation of crimes in Venezuela – the first time that any governments have sought an ICC investigation of crimes that took place entirely outside their territory.

“The terrain for the fight to protect human rights has shifted, with many longtime participants missing in action or even switching sides,” Roth said. “But effective coalitions have emerged to oppose governments that are not accountable to their people and respectful of their rights.”