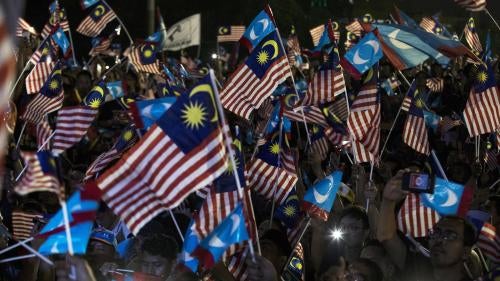 In May 2018, Malaysians voted out the ruling coalition led by the United Malays National Organization (UMNO) that had governed Malaysia since independence in 1957, and elected the Pakatan Harapan alliance led by former Prime Minister Mahathir Mohamad. Anwar Ibrahim, a leader of one party in the alliance who was imprisoned on politically motivated charges by the prior administration, was pardoned and released in May.

Pakatan Harapan ran on an election manifesto promising to abolish oppressive laws, ensure accountability for police abuses, improve the situation for refugees, ratify international human rights treaties, and make Malaysia’s human rights record “respected by the world.” By the end of the year, the new government had begun to take steps to fulfil some of those promises. However, progress on legal reform has been slow and the negative rhetoric directed toward the country’s lesbian, gay, bisexual, and transgender (LGBT) population raises questions about whether the new government will ensure equal rights for all.

Prior to the election, the government of Prime Minister Najib Razak intensified suppression of freedom of speech. In February, graphic artist Fahmi Reza was sentenced to one month in jail and a fine for posting a caricature of the prime minister as a clown, and opposition member of parliament Rafizi Ramli was sentenced to 30 months in prison for leaking bank details as part of an effort to expose corruption, highlighting weaknesses in Malaysia’s protection of whistle-blowers.

In March, the government passed the Anti-Fake News law, broad legislation imposing up to seven years in prison for anyone who maliciously spreads “fake news,” deliberately defined vaguely to allow maximum discretion for the government to target critics of UMNO and the government. In April, a Danish citizen was sentenced to one week in prison and a RM10,000 (US$2,384) fine for posting a video criticizing the police’s response to a targeted killing in Kuala Lumpur.

Since the Pakatan Harapan government took office, the situation for freedom of speech has improved dramatically. The Attorney General’s Office has dropped politically motivated sedition charges against a number of activists and politicians and ended government appeals of adverse rulings in a number of other expression-related cases. In August, the government introduced and passed legislation to repeal the Anti-Fake News Law. However, the Malaysian Senate, which is controlled by allies of the previous government, blocked repeal of the law in September.

Use of the sedition act continues, with at least three new sedition investigations opened in July and August against individuals accused of insulting Malaysia’s royalty. Despite its election manifesto promising to repeal the Sedition Act, the government had not yet moved to do so at time of writing. The government also backed away from an election commitment to repeal the Official Secrets Act, saying it would instead be amended.

In October, the government announced its intention to abolish the death penalty and placed a moratorium on executions pending that action. Malaysia currently permits the death penalty for various crimes, and makes the sentence mandatory for 11 offenses. In December 2017, parliament passed an amendment to the Dangerous Drugs Act that allows the court the discretion to impose life imprisonment instead of death for drug trafficking offenses in a limited set of circumstances.

Malaysia continues to detain individuals without trial under restrictive laws. Both the 1959 Prevention of Crime Act and the 2015 Prevention of Terrorism Act give government-appointed boards the authority to impose detention without trial for up to two years, renewable indefinitely, to order electronic monitoring, and to impose other significant restrictions on freedom of movement and association. No judicial review is permitted for these measures. The similarly restrictive Security Offences (Special Measures) Act allows for preventive detention of up to 28 days with no judicial review for a broadly defined range of “security offenses.” The new government has committed to “abolish draconian provisions” in these laws, but had yet to do so at time of writing.

Police torture of suspects in custody, in some cases resulting in death, continues to be a serious problem, as does a lack of accountability for such offenses. The standard of care for those in detention is also problematic, with suspects and prisoners dying from treatable illnesses.

However, in September, the prime minister announced that the Enforcement Agencies Integrity Commission (EAIC) would be strengthened and transformed into the long-sought Independent Police Complaints and Misconduct Commission (IPCMC), which will have authority to investigate and punish abusive police officers.

Malaysia is not a party to the 1951 Refugee Convention, although the new government has committed to ratify that convention. Over 150,000 refugees and asylum seekers, most of whom come from Myanmar, are registered with the United Nations refugee agency, UNHCR, in Malaysia but have no legal status and are currently unable to work, travel, or enroll in government schools.

Asylum seekers arrested by authorities are treated as “illegal migrants” and locked up in overcrowded and unhealthy immigration detention centers. The new government has committed to improve the situation for refugees and asylum seekers, but had not yet taken concrete steps to do so at time of writing.

Malaysia denied requests from China for the return of 11 Uyghurs who were detained in March after fleeing immigration detention in Thailand. They were released from custody after Malaysia dropped immigration charges against them and ultimately made their way to Turkey.

No Malaysians have been held responsible for their role in the deaths of over 100 ethnic Rohingya trafficking victims whose bodies were found in 2015 in remote jungle detention camps on the Thai-Malaysian border. The 12 policemen initially charged in the case were all exonerated and released in March 2017.

The Malaysian government has failed to take necessary administrative steps to provide assistance and work authorization to all trafficking victims who desire it, as mandated by amendments passed in 2014 to Malaysia’s 2007 anti-trafficking law.

Prior to the May election, Malaysian authorities regularly prosecuted individuals who held peaceful assemblies without giving notice or participated in street protests. Under the new government, police have continued to open new investigations for violation of the Peaceful Assembly Act, despite a manifesto promise to “abolish draconian provisions” of that law.  For example, on June 11, the police lodged reports against S. Arutchelvan of Parti Sosialis Malaysia and 50 others for gathering outside the prime minister’s office to submit a direct appeal to him. On July 12, lawyer Fadiah Nadwa Fikri was called in for questioning about a solidarity rally that took place outside the police station when she was being questioned for sedition. On September 16, eight student activists were arrested during a Malaysia Day protest in Sabah.

The Societies Act restricts freedom of association by requiring that organizations with seven or more members register with the registrar of societies. The law gives the minister of home affairs “absolute discretion” to declare an organization illegal and grants the Registrar of Societies authority over political parties.

In the run-up to the election, the Registrar of Societies threatened to dissolve the political party founded by Mahathir Mohamed, and seriously delayed efforts by Pakatan Harapan to register as a coalition.

Malaysia restricts the rights of followers of any branches of Islam other than Sunni, with those following Shia or other branches subject to arrest for deviancy. In September, 50 Shia, including children, were arrested in Kelantan for practicing their religion. In April, a high court ruled that members of the Ahmadiyya community, which has been declared “deviant” in Malaysia, cannot be charged with offenses under the Shariah laws governing Muslims in the country.

Discrimination against LGBT people remains pervasive in Malaysia. Federal law punishes “carnal knowledge against the order of nature” with up to 20 years in prison, while numerous state Sharia laws prohibit both same-sex relations and non-normative gender expression, resulting in frequent arrests of transgender people. While the new minister for religious affairs called for an end to workplace discrimination against LGBT people, he also made clear any visible expression of an alternative sexuality or gender identity will be prosecuted under existing laws, and that he supports programs, broadly discredited, designed to change personal sexual orientation.

In August, the religious affairs minister ordered the removal of portraits of transgender activist Nisha Ayub and LGBT activist Pang Khee Teik from an exhibit in Penang celebrating influential Malaysians, claiming the government’s policy is to not promote LGBT activities. The controversy unleashed a wave of verbal abuse against transgender people. On August 18, eight men brutally beat a transgender woman in Negeri Sembilan, causing internal injuries, broken ribs, and injuries to her head and back.

In September, a Sharia court in Terengganu state ordered two women be given six strokes of the cane for alleged same-sex conduct. The sentence was carried out in a courtroom in front of 100 witnesses, prompting global criticism.

Malaysia permits child marriage under both civil and Islamic law, but there is movement to restrict the practice. Girls age 16 and older can marry with permission of their state’s chief minister. For Muslims, most state Islamic laws set a minimum age of 16 for girls and 18 for boys, but permit marriages below those ages, with no apparent minimum, with the permission of a Sharia court.

In July, a 41-year-old man was reported to have married an 11-year-old Thai Muslim girl whose parents were working in Malaysia. He was fined RM1800 (US$429) for failing to get approval for the marriage and the girl was ultimately sent back to Thailand. In September, a 44-year-old man was permitted to marry a 15-year-old girl in Kelantan.

In August, the state of Selangor announced that it was raising the minimum age of marriage for Muslim girls from 16 to 18 and setting tighter rules for marriage of those under 18 but would not ban such marriages. In October, media reported that Prime Minister Mahathir had directed state governments to raise the minimum age of marriage to 18 for both Muslims and non-Muslims, and some states have moved to do so while retaining exceptions to the minimum age. In October, the government announced that it does not intend to criminalize marital rape due to the difficulty of proving such cases in court.

US Secretary of State Mike Pompeo, who visited Kuala Lumpur in August, said he looked forward to deepening the partnership bet­ween the two countries on a range of issues, including trade and countering Islamic extremism, but said nothing publicly about human rights reform.

Prime Minister Mahathir visited China, the country’s largest trading partner, in August, where he received a warm public welcome despite having suspended major Chinese-backed infrastructure projects endorsed by his predecessor.

Anwar Ibrahim, a leader of the Pakatan Harapan alliance and likely contender for prime minister, criticized China’s treatment of its Muslim Uyghur population.

The new government has indicated it wishes to play a more active role in the Association of Southeast Asian Nations (ASEAN), the Organisation of Islamic Cooperation (OIC), and the United Nations. Malaysia was the only one of ASEAN’s 10 country members that has spoken out strongly against Myanmar’s mistreatment of Rohingya Muslims.