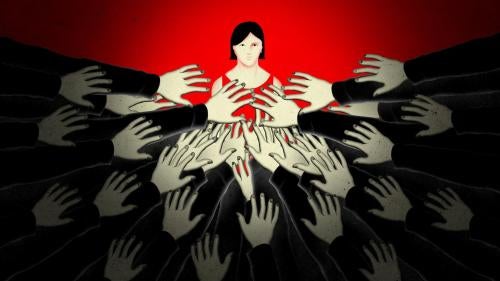 You Should Be Worrying about the Woman Shortage

In the 80s and 90s, Newsweek Magazine delivered US women the cheery news that they were more likely to be killed by a terrorist than to find a husband after age 40. There were too many women—supposedly—and not enough men, and women were the losers. And, of course, staying single was a horrible fate.

The World Health Organization says the natural sex ratio at birth is about 105 boys to every 100 girls and its best to have equal numbers of men and women in a society. You need a few extra boys for balance, because men die earlier.

We are learning right now what happens when the sex ratio becomes wildly out of whack, through a huge unintended experiment. In the world’s two most populated countries—China and India—there is a serious woman shortage.

For example, for several decades in China, the most populated country in the world, sex ratios at birth have been much higher than 105, sometimes exceeding 120 boys for every 100 girls.  Many parts of India, the second most populated country, have also, for decades, had a sex ratio at birth significantly higher than 105. The consequence is that in those countries combined—which together have a population of about 2.73 billion—there are now an estimated 80 million extra men. “Nothing like this has happened in human history,” the Washington Post wrote in an April 2018 article.

In India, many families used sex-selective abortion to choose boys, prompting the passage of a law that made it illegal to screen for the sex of the fetus and conduct sex-selective abortions. In China, similar decisions were encouraged by the “one-child” policy in place from 1979 to 2015, which prompted many parents to decide that their sole child must be a boy.

The common thread is gender discrimination—from garden-variety sexism to practical concerns about sons being more likely to financially support parents in old age and provide grandchildren, while daughters are expected to live with their in-laws—which is hardly unique to China and India. When women lack equal rights and patriarchy is deeply engrained, it is no surprise that parents choose to not to have daughters.

But there are consequences. For example, China now has a huge, and growing, gender gap among the generations most likely to be seeking a spouse—a bride shortage. Experts project that many of the extra men will never marry; others may go to extreme measures to do so.

The woman shortage is having harmful consequences in China and sometimes in neighboring countries. Human Rights Watch looked at one of those consequences for a report forthcoming in 2019 focused on bride-trafficking from Myanmar to China. In Myanmar’s Kachin and northern Shan states, bordering China, long-standing conflict escalated in recent years, displacing over 100,000 people. Traffickers prey on vulnerable women and girls, offering jobs in, and transport to, China. Then they sell them, for around $3,000 to $13,000, to Chinese families struggling to find brides for their sons. Once purchased, women and girls are typically locked in a room and raped repeatedly, with the goal of getting them pregnant quickly so they can provide a baby for the family. After giving birth, some are allowed to escape—but forced to leave their children behind.

There is evidence of similar patterns of bride migration and trafficking in Cambodia, North Korea, and Vietnam, and more may emerge from other countries bordering China. Importing women doesn’t solve the shortage—it spreads it.

Trafficking is only one consequence. The woman shortage has also been linked to other forms of violence against women. Other consequences include social instability, labor market distortions, and economic shifts.

China ended the “one-child” policy but continued restricting reproductive rights through a new “two-child” policy. It has banned sex-selective abortion. But such prohibitions are often both ineffective and a threat to women’s rights to access abortion and make their own reproductive choices.

China, India, and other affected countries need to act urgently to mitigate the effects of the woman shortage. They should carefully examine the consequences of the woman shortage, including links to trafficking and other forms of violence against women. More importantly, they need to do much more to tackle the fundamental cause of the demographic imbalance—gender discrimination and the distaste for daughters that it breeds.