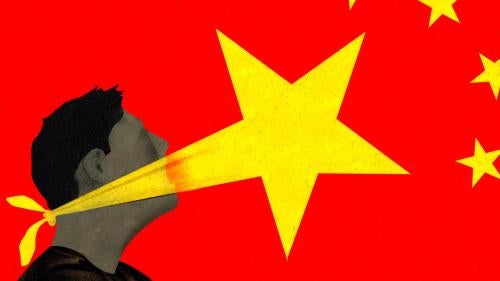 But people outside China don’t yet seem to realize that their human rights are also increasingly under threat as Beijing becomes more powerful.

In the 1990s and 2000s, China’s goal was largely to insulate itself from criticism in key United Nations forums.  But in recent years, Beijing has also sought to extend its influence into, and impose its standards and policies on, key international human rights institutions—weakening some of the only means of accountability and justice available to people around the world.

If Beijing has its way, it may not just be China’s 1.4 billion people who can’t get justice through UN mechanisms—it may be the whole world.

In 2017, we exposed Beijing’s efforts to silence UN human rights experts and staff, to prevent critical Chinese voices from participating in UN reviews, and to manipulate rules and procedures to ensure more favorable reviews—weakening UN scrutiny not just of China but of other abusive governments.

2018 provided a perfect example of China’s strategy. In March 2018, it introduced a resolution at the UN Human Rights Council (HRC) entitled “Promoting the International Human Rights Cause through Win-Win Cooperation.”

If these ideas become not just prevailing norms but also actual operating principles for the HRC, victims of state-sponsored abuses worldwide—including in Myanmar, South Sudan, Syria, and Yemen—will face almost impossible odds in holding abusive governments accountable. Instead, they’ll have to stand on the sidelines and hope their abuses are either ended or resolved through “dialogue” and “cooperation.”

If there is room for optimism it’s in growing international concern about aspects of China’s rise in a variety of international institutions, including frustrations with China’s disregard for World Trade Organization rulings or its breathtaking disappearance in October 2018 of Interpol president Meng Hongwei.  A UN treaty body review of China in August generated massive press coverage over Beijing’s horrific abuses of Muslims in Xinjiang; dozens of governments weighed in on the same and other violations, ranging from the death penalty to persecution of peaceful critics, at another UN review of China in November.

China’s March 2018 resolution was a win only for Beijing, and a loss for all who are serious about human rights abuses inside and outside China. The challenge ahead for governments is to buttress the global institutions on which we all rely to protect our human rights—while they still can.