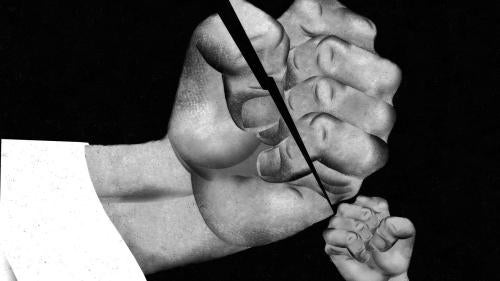 In August, a routine tweet by Canada’s Foreign Ministry calling for the release of Saudi women’s rights defenders triggered a full-blown diplomatic crisis, with Saudi Arabia retaliating by expelling Canada’s ambassador in Riyadh and freezing all new bilateral trade and investments.

The Saudi reaction should alarm rights-respecting governments as well as the human rights movement. Today, repressive governments like Saudi Arabia not only brutally silence their own human rights defenders, but aggressively try to muzzle other countries’ criticism of their abusive actions.

A key challenge for the human rights movement today is convincing so-called middle powers—states that don’t command the international stage, yet still play significant roles on it—including Canada, Denmark, Australia, Mexico, Spain, and the Netherlands to promote human rights as a central element of their foreign policy despite the potentially high political and economic costs.

While this is an increasingly difficult proposition, it’s not one middle powers should shy away from.

Time and time again, for example, Saudi Arabia has tried to use its power, money, and influence to avoid scrutiny and any modicum of accountability for its actions.  The kingdom has repeatedly used its multi-billion-dollar arms purchases not only to fight the war in Yemen that has killed thousands of civilians, but also essentially to buy exporting countries’ silence in the face of grave rights abuses. Rather than endanger a €1.8 billion ($2.1 billion) sale of its warships, Spain quickly reversed its decision to suspend an arms deal with Saudi Arabia and announced that it would indeed sell the kingdom 400 laser-guided bombs.

At the United Nations Human Rights Council in 2017, Saudi Arabia warned countries of political and economic consequences if they voted in favor of a resolution establishing an international inquiry into conflict-related abuses in Yemen. While some countries faltered under the pressure, others realized that while Saudi Arabia makes a lot of noise in these forums, in the end its bark is far worse than its bite. Recognizing that the kingdom’s threats generally don’t amount to much, a group of states at the council established this crucial Yemen monitoring mechanism and succeeded in renewing its mandate one year later.

Likewise, the bullying tactics directed at Canada for supporting Saudi women’s rights defenders only revealed how zealous Saudi Arabia can be in seeking to stifle criticism, a fact that left the kingdom even more exposed when the brutal murder of journalist Jamal Khashoggi in October came to light. Since then, Germany and Sweden announced a suspension of arms exports to Saudi Arabia. Other countries, including Canada, should follow suit and block all weapon sales to Saudi Arabia until it curtails its unlawful airstrikes in Yemen and credibly investigates alleged violations.

Rights-respecting middle powers occupy a difficult, yet crucial, international and diplomatic space. They should not forgo their principles in the hopes of avoiding an autocrat’s wrath. It’s crucial that they recognize that promoting human rights in the countries they are allied with and do business with is a smart and pragmatic foreign policy.  It also means acting in concert with each other as much as possible since coordinated international action is a repressive government’s nightmare. The rise of autocrats should not mean the decline of middle power human rights advocacy. On the contrary, it only underscores the urgent need to bolster it.