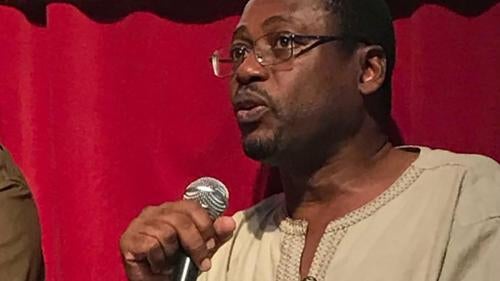 Corruption, poverty, and repression of civil and political rights continued to undermine human rights in Equatorial Guinea under President Teodoro Obiang Nguema Mbasogo, who has been in power since 1979, making him the world’s longest serving president. Vast oil revenues funded lavish lifestyles for political elite, while little progress was made improving access to health care and primary education.

Mismanagement of public funds, credible allegations of high-level corruption, and serious human rights violations persist, including repression of civil society groups and opposition politicians, torture, and unfair trials. In December 2017, police arrested 147 members of the political party that holds the sole opposition seat in parliament following a confrontation with police officers in Aconibe, a town in the east of the mainland. A court later sentenced 28 of them to 30 years in prison and ordered the party’s dissolution. Their lawyers allege authorities physically abused or tortured all the detainees, leading to two deaths. In October, the president pardoned and freed these prisoners. The international community largely remained reluctant to criticize the government about these events.

In a positive step, Equatorial Guinea in May ratified the United Nations Convention Against Corruption, a move the International Monetary Fund required as a pre-condition for a loan. However, the government has held only one meeting with civil society this year to advance its commitment to join the Extractive Industries Transparency Initiative (EITI), an anti-corruption initiative that requires governments and natural resource companies to disclose key information related to governance of oil, gas, and mining.

Equatorial Guinea began a two-year term on the Security Council in January 2018, after campaigning as a champion of sustainable development, despite its poor record on economic and social rights.

Equatorial Guinea is among the top five oil producers in sub-Saharan Africa and has a population of approximately 1 million people. Although its two-year term on the Security Council was won campaigning as a champion of sustainable development, it ranks 141 out of 189 countries in the Human Development Index, by far the world’s largest gap between per capita wealth and human development score.

Despite its natural resource wealth, Equatorial Guinea has failed to provide crucial public services, and does not produce reliable data relevant to economic and social rights. The latest available reliable data is from a household survey conducted in 2011, which then showed extremely poor outcomes for access to clean water and childhood malnutrition. 2016 data indicates that at 42 percent, Equatorial Guinea has the seventh highest proportion of children not registered in primary schools in the world, according to UNICEF.

In May, Equatorial Guinea ratified the UN Convention Against Corruption, but it made little progress on its commitment to rejoin EITI, an initiative from which it was expelled in 2010, in part due to its failure to guarantee an “enabling environment” for civil society to fully participate in EITI’s implementation. However, Equatorial Guinea’s EITI steering committee, made up of government officials, industry representatives, and civil society, met just once in 2018, in July. The country’s leading human rights organization, CEID, withdrew from its role representing civil society on the committee after authorities held its president and vice president in detention without charge for two weeks.

Freedom of Expression and Due Process

The few private media outlets in the country are largely owned by persons close to Obiang. Freedoms of association and of assembly are severely curtailed, and the government imposes restrictive conditions on the registration and operation of nongovernmental organizations. The few local activists who work on human rights-related issues often face intimidation, harassment, and reprisals.

On February 27, a judge dismissed the case brought against political cartoonist, Ramón Nsé Esono Ebalé, whose drawings frequently lampoon President Obiang and other senior officials. State security officials arrested Ebalé on September 16, 2017, and arraigned him on charges of counterfeiting around US $1,800 in local currency. Police interrogated him about his art, produced no credible evidence of his involvement in counterfeiting, and at trial, the government’s sole witness admitted that authorities ordered him to make the claims.

Police arrested Julián Abaga, 44, a teacher, on December 12, 2017, soon after an audio message he sent to a friend living abroad denouncing corruption in Equatorial Guinea was uploaded on the internet, according to a news release published by a political opposition party. A lawyer who met with Abaga said he was accused of “insulting the president,” although he was never brought to trial. He was released on July 4, as a “gesture of goodwill” following an event Obiang initiated that purported to bring the government into dialogue with political opposition groups.

A magistrate judge, José Esono Ndong Bindang, died while in police custody on July 21, three days after he was arrested for allegedly misappropriating funds, according to a lawyer familiar with his case. The lawyer said that Esono was diabetic and was brought to a clinic when he fell ill soon after his arrest, but police then returned him to the prison against medical advice. He died several hours later.

In 2018, Obiang and the ruling Democratic Party (PDGE) further solidified their monopoly over political life after a court dissolved the political party that held the sole seat belonging to the opposition in the 170-member bicameral parliament. In December 2017, police arrested 147 members of Citizens for Innovation (CI), including its member of parliament, Jesús Mitogo, after a confrontation in the city of Aconibe between CI supporters attending a rally for which it held a permit and police. One of the lawyers who worked on the case, Maria Jesus Bikene, said the confrontation began after police ordered CI to disperse the rally. During the confrontation, CI members harmed three police officers and seized four guns from them, according to news reports.

Authorities appear to have used the incident to crack down on CI. Bikene maintained that the vast majority of the 147 arrested were not in Aconibe, and that nearly all the detainees were repeatedly beaten, and in many cases tortured. A second lawyer, Ponciano Mbomio Nvó, who represented Mitogo, similarly said his client was not in Aconibe on the day of the altercation and that he was tortured while in detention in Malabo, the country’s capital. One of the detainees, Santiago Ebee Ela, who was not represented by a lawyer, was tortured to death while in detention, Bikene said. On February 23, a court ordered the dissolution of CI and sentenced 21 of the detainees, including Mitogo, to 30 years in prison for “sedition” and other crimes, and released the others. On July 2, one of those sentenced, Juan Obama Edu, died. Bikene alleges that the death was due to torture.

Beginning July 16, the government held a five-day “National Dialogue and Political Interaction,” an event Obiang initiated to bring political opposition activists and groups, including those in exile, into dialogue with the government and ruling party. Obiang promised amnesty to political prisoners and opposition members who were sentenced by an Equatoguinean court while living in exile. However, most opposition groups and leaders remained wary of this promise and did not attend the dialogue. Moreover, the imprisoned CI members were not released until October 22, when Obiang issued a pardon for them and 48 other prisoners. Obiang did not provide any official reason for the pardon.

On October 27, four armed men forced Alfredo Okenve, the vice president of CEID, from his car by gunpoint and took him to a remote area where they severely beat and then abandoned him. The car the men drove indicated they were security officials. The men appear to have mistaken Okenve for his brother, who leads a political party, although they continued to beat him after ascertaining his correct identity.

On September 14, Brazil seized $15 million worth of watches and $1.5 million in cash from Teodorin, Obiang’s eldest son and the vice president, whom authorities said brought the valuables to the country in a private plane without declaring them in accordance with the law.

These allegations are the latest in a string of investigations into Teodorin for corruption, money-laundering, and embezzlement. In October 2017, a French court convicted Teodorin in absentia of laundering tens of millions of dollars in France. He received a suspended sentence, €30 million (US$35 million) fine, and his assets were seized. He has appealed the case.

In a separate case, in 2014, the US Department of Justice seized a $30 million Malibu mansion and a $38.5 million private jet from Teodorin, alleging it was purchased with stolen funds. Teodorin settled that case by agreeing to forfeit $30 million to US authorities that would be repatriated for the benefit of Equatoguineans. The US is expected to determine which charities will receive the funds.

A corruption case before a Spanish court implicating several senior Equatoguinean government officials is ongoing. A trial is expected next year. The complaint alleges that the officials purchased homes in Spain through a private company that a US Senate investigation revealed had received $26.5 million in government funds at around the same time of the purchases.