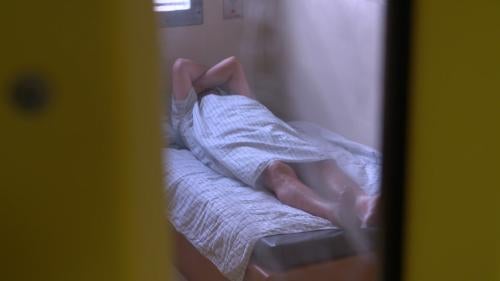 The 42-page report, “‘He’s Never Coming Back’: People with Disabilities Dying in Western Australia’s Prisons” examines the serious risk of self-harm and death for prisoners with mental health conditions, particularly Aboriginal and Torres Strait Islander prisoners, in Western Australia, nearly 30 years after the 1991 Royal Commission into Aboriginal Deaths in Custody. A Human Rights Watch analysis of coroners’ inquest and media reports between 2010 and 2020 found that about 60 percent of adults who died in prisons in Western Australia had a disability, including mental health conditions. Of the 60 percent, 58 percent died as a result of lack of support, suicide, or targets of violence – and half of these deaths were of Aboriginal and Torres Strait Islander prisoners.

Aboriginal and Torres Strait Islander people should be aware that this video contains the names and images of deceased persons.

The families consented to use the names and photographs of deceased people in order to tell their stories.”

A life was taken because mental health not being assessed and checked properly right across the board in the prison system.

Alf, he got struck down with mental health issues and diagnosed as a schizophrenic.

Aboriginal and Torres Strait Islander prisoners with disabilities are particularly at risk.

I know for a fact they didn’t do anything to support my brother. They see psychiatrists, they see social workers and things but that doesn’t fulfill what is really required for those prisoners.

Alf was attacked and killed by fellow prisoners.

19-year-old Stanley took his own life in prison.

Stanley was a promising artist.

My brother was only a baby. He should have been supported mentally.

All the government departments, mental health, prisons, courts…everyone, the police, everyone had failed Alf.

Why has this happened to our brother and why does it continue to happen to other vulnerable people with mental health [issues]?

The most important message is for the government. To stand up and show us First Nations’ people that our lives matter.

Australia: Deaths of Prisoners with Disabilities