Ibrahim, a 14-year-old boy from Somalia, was detained by Greek police for almost three months at a detention center in Amygdaleza, a police-run detention facility on the outskirts of Athens, which houses adults but has a dedicated section for unaccompanied migrant children. Seventeen-year-old Kamrul from Bangladesh was also detained, first at a police station in Athens, and then in Amygdaleza, for more than six weeks.

Ibrahim and Kamrul – whose names have been changed to protect their identities – both made drawings about the fear and misery they experienced in police detention. The boys have now given permission for Human Rights Watch to publish their drawings as part of the #FreeTheKids campaign, which calls for an end to the practice of detaining migrant children in Greece. 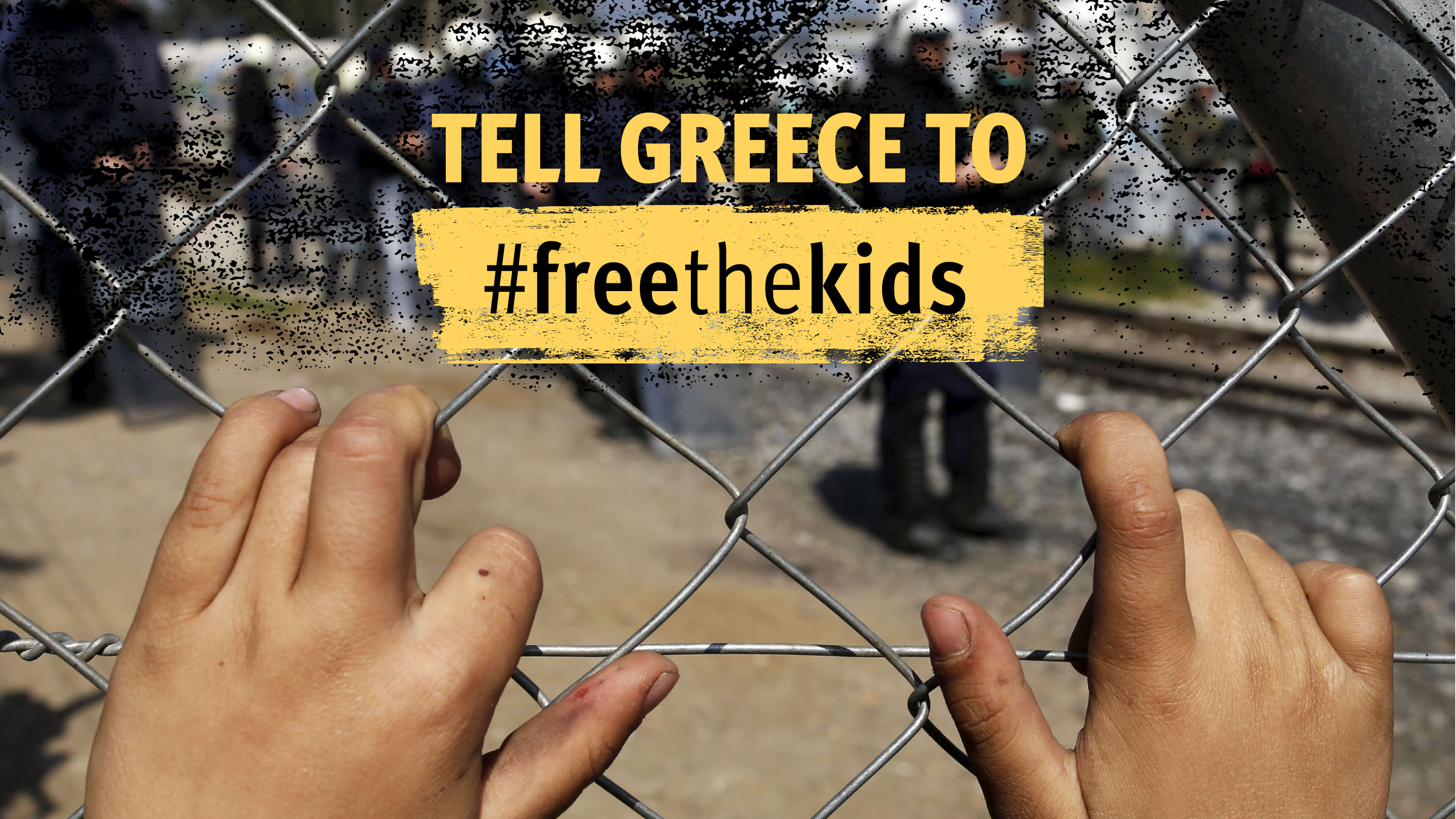 Hundreds of migrant children in Greece without a parent or relative are sitting behind bars in immigration detention and at heightened risk for contracting COVID-19.  Childhood happens only once in a lifetime – we need your help to make sure they get theirs!

Greek law lets authorities detain migrant children in what is euphemistically called “protective custody” until space can be found in the country’s overstretched shelter system.

Government statistics show that as of mid-May, 274 unaccompanied children were behind bars. ARSIS, a Greek nongovernmental group which supported both Ibrahim and Kamrul, documented how in April, amid the Covid-19 pandemic, 100 children held in the Amygdaleza center were living in overcrowded conditions, being forced to sleep two to a bed or on the floor, with inadequate access to hygiene items, running water toilets, and showers. Greek Prime Minister Kyriakos Mitsotakis promised last November to protect unaccompanied migrant children in Greece, including by creating more shelters, but six months later, that promise is looking empty.

Far from protecting them, Greece’s “protective custody” regime makes children vulnerable to all kinds of abuses, including sexual violence and harassment, and can do them long-term psychological harm. Children are held for weeks in dirty, overcrowded police cells, often sharing space with unrelated adults. The Covid-19 pandemic, though largely under control in Greece, also poses another grave risk to children living in close quarters behind bars. As if that wasn’t enough, we have found unaccompanied children in detention are not properly informed about their rights and have no access to educational or recreational activities.

For Ibrahim and Kamrul, life has finally taken a positive turn, as they are now safe and living in the United Kingdom and Austria. But for the 274 kids who are still behind bars, life is stalled. They should not have to spend another day locked up in those filthy police cells.