Since the Covid-19 pandemic began, Human Rights Watch has pressed governments around the world to respect people’s rights to life and the highest obtainable standard of health. We have advocated for refugees trapped in under-resourced camps, older people in nursing homes denied all family visits, and prisoners trapped in crowded, unsanitary cells. We pushed governments to ensure prompt access to water, soap, and personal protective equipment, to goals such as providing everyone access to affordable health care and an adequate standard of living.

Lockdowns have been a widely used tool for combatting the coronavirus. But some governments imposed abusive lockdowns and other restrictive measures that were disproportionate to the risk posed by the virus. We argued for health measures that would also protect everyone’s fundamental rights.

Here are examples of some of the progress we, together with our partners, made in protecting human rights during the Covid-19 pandemic.

Some initial restrictions implemented to slow the spread of the virus either had disproportionate harmful impacts or did not take into account the effects on vulnerable people.

The Panamanian government’s gender-based quarantine led to arrests and profiling of transgender people by public and private security agents. In close collaboration with local groups, like Trans Men Panama, Human Rights Watch followed up its first report in April with an open letter to the Panamanian president calling for accountability. The government responded with a statement in May committing to end discriminatory practices by the public security forces. After a second Human Rights Watch report in July, the government issued a second statement denouncing transphobia and raising potential sanctions for public and private individuals who commit discrimination. By mid-September, Panama had scrapped the gendered measures in all its provinces.

“Years don’t wait for them”: 5 Things to Do Now to Protect Children’s Rights During Covid-19 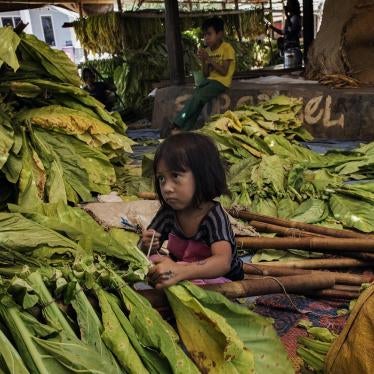 Kenya’s “forced quarantines” of people entering the country left people stranded in facilities with poor conditions – including lack of bedding, water, food, and cleaning supplies. In June, the Kenyan government announced it would issue guidelines on home-based care and self-quarantine measures for people diagnosed with mild symptoms of Covid-19, following a Human Rights Watch news release exposing the issues.

In March some Australian nursing home facilities went well beyond government limits on the number of visitors a resident could have, issuing blanket bans on all visitors. This completely isolated residents, including those with dementia who rely on family and others for social connection and support. Relatives of nursing home residents reported avoidable weight loss and rapid physical and cognitive decline of their loved ones. On April 21, the Australian prime minister said all nursing home facilities should revise visitor bans, subject to infection control measures. He highlighted that the isolation of older people harms them and their health – the same points Human Rights Watch raised in an opinion piece earlier that month.

On April 22 a constitutional court in Bosnia said the ban on outdoor movement for children and older people violated the right to freedom of movement and to liberty, and declared that the ban was disproportionate. Human Rights Watch and local groups had been working on this issue, and some of that work was instrumental in the decision, including this op-ed published at the start of April.

Human Rights Watch launched a campaign in April asking the Greek government to free hundreds of unaccompanied migrant children held in unhygienic police cells and detention centers, where they face increased risk of contracting the coronavirus. Weeks after #FreetheKids launched, the Greek parliament reduced the maximum time an unaccompanied child could be detained from 45 days to 25. Talking to the media, the Greek special secretary for the protection of unaccompanied children also committed to ending child detention by the end of the year. 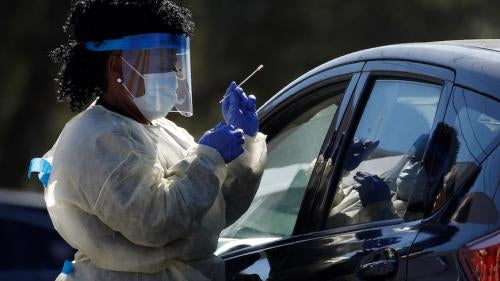 The Greek prime minister, following an interview with CNN’s Christiane Amanpour in which she quoted from a Human Rights Watch report, said he would not renew a suspension on asylum claims. Greek authorities later committed to moving more than 2,000 asylum seekers from cramped makeshift shelters to the mainland, in line with our recommendations.

In April and May, South Sudanese authorities released at least 367 prisoners and 46 juvenile detainees on bail to prevent the spread of Covid-19 in crowded jails. The move came after Human Rights Watch reported on the country’s overcrowded detention sites in which unsanitary conditions and inadequate medical care increased the risks for those living there.

Human Rights Watch also worked on prisoner releases in Latin America. Human Rights Watch’s call for Latin American governments to provide alternatives to detention for detainees who do not threaten public security to limit the spread of Covid-19 in overcrowded prisons made a real difference, including contributions to a heated debate in Argentina. Americas director Jose Miguel Vivanco spoke to Colombia’s Senate. Later, the Colombian government issued a decree to release prisoners. In Brazil, the National Council of Justice publicly cited Human Rights Watch’s work on the issue worldwide. The council asked judges to reduce pretrial detention and consider early release for certain inmates and alternatives to detention for children in conflict with the law. As of September, judges had ordered 54,700 people transferred to house arrest, about 7 percent of the prison population, and the number of children in detention fell by about 30 percent.

Known releases from prisons in response to Covid-19 make up approximately 5 percent of the global prison population, and more needs to be done. The virus spreads rapidly in any congregate settings including prisons and jails, putting detainees, guards, and their families at risk.

In January, a three-month telecommunications shutdown in the western Oromia region of Ethiopia took a heavy toll as people weren’t able to get access to information about the coronavirus. Human Rights Watch’s work on the issue contributed to getting the Ethiopian authorities to agree to restore telecommunications services.

In March, the interim government in Bolivia included a provision in a Covid-19 related decree that would have allowed punishment of up to 10 years in prison for people who “misinform or cause uncertainty to the population.” That overly broad provision went unnoticed, even within Bolivia, until Human Rights Watch publicly warned that it threatened free speech, as the government could use it to prosecute those who criticized its Covid-19 response. In response to public outcry, the government first made cosmetic changes to the provision and, in May, it revoked it.

Around the world, Human Rights Watch is closely monitoring the development and use of mobile apps ostensibly for digital contact tracing and quarantine enforcement, among other purposes. We contacted companies such as Apple and Google, as well as governments, to make sure any technology is built with  human rights concerns in mind and safeguards in place. The German government has been particularly responsive to our concerns, soliciting our feedback and that of our ally, Reporters Without Borders, as they develop Germany’s contract tracing app.

What these improvements show is that when there is political will, it is possible to combat a global pandemic and protect the human rights of all.