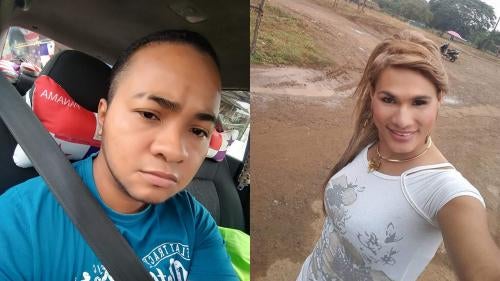 Update: Starting June 1, Panama replaced its gender-based quarantine schedule in response to Covid-19, with a curfew from 19:00 to 5:00. Under the new measures, anyone can leave their home during permitted times so long as they use a protective mask and maintain a distance of 2 meters from other persons. Starting June 8, Panama reinstated the gendered quarantine in the provinces of Panama and West Panama citing a rising number of Covid-19 cases.

(Washington DC) – The government of Panama has taken an important initial step to address the discriminatory impacts of its gender-based quarantine measures on transgender people by communicating its concern to security agencies, Human Rights Watch said today. It has yet to issue guidelines to specify that transgender people may comply with quarantine measures in accordance with their gender identity, as Human Rights Watch recommended in a letter to President Laurentino Cortizo Cohen on April 23, 2020.

On May 11, the Public Security Ministry issued a statement noting that it “has spoken with the security sector to prevent any type of discrimination against the LGBTI population” in the implementation of Covid-19 related restrictions.

“The government’s statement is an important recognition of the discrimination transgender people have faced under the quarantine enforcement measures,” said José Miguel Vivanco, Americas director at Human Rights Watch. “Panama’s leadership has expressed a commitment to address discriminatory practices by security agents, and we will continue to monitor the situation to make sure the new policy is carried out.”

On April 1, Panama put into effect a gender-based quarantine schedule in response to Covid-19, requiring women and men to remain quarantined on alternate days. However, as Human Rights Watch documented in a letter to the president, the measure resulted in police and private security guards singling out transgender people for profiling and, in some cases, arresting and fining them or preventing them from buying essential goods.

In a video released today, Human Rights Watch presents the experiences of two transgender people who were subject to discrimination when they left their home for essential needs. These cases occurred before the Public Security Ministry issued its statement and were described in the letter to President Cortizo.

The police detained Mónica, a transgender woman in Panama Province, when she attempted to enter a supermarket on a day designated for men. Police inappropriately touched her on the breasts and mocked her gender identity during a body search at Casa de Justicia Comunitaria de Paz Pedregal.

Heber, a transgender man in Colón Province, said police denied him entry into a supermarket on a day designated for women. The officers ridiculed him, saying they would not explain to other women in the queue “what he was.”

The experiences of Mónica and Heber demonstrate the importance of a clear articulation from the government that trans people can comply with the quarantine in accordance with their gender identity or expression, Human Rights Watch said.