Since Follow the Thread was published in April 2017, there has been a significant increase in the number of companies that have published names, addresses, and other details of their tier-1 supplier factories. Building on our previous efforts, Fashion’s Next Trend takes stock of supply chain transparency as of late 2019, updates information from the 2017 report, provides an overview of positive new developments in the industry, and makes additional recommendations aimed at improving apparel companies’ due diligence practices on human rights. Annexes I and II of Fashion’s Next Trend will be periodically updated. Please refer to Annexes I and II for the most recently updated information about companies.

(London) – More apparel and footwear companies should join 17 leading apparel brands that have aligned with an important new transparency pledge, a coalition of unions and human rights and labor rights advocates said in a joint report issued today. The pledge commits companies to publish information that will enable advocates, workers, and consumers to find out where their products are made.
The 40-page report, “Follow the Thread: The Need for Supply Chain Transparency in the Garment and Footwear Industry,” comes just ahead of the fourth anniversary of the Rana Plaza building collapse disaster in Bangladesh. It calls for companies to adopt the Apparel and Footwear Supply Chain Transparency Pledge. Companies that align with the pledge agree to publish information identifying the factories that produce their goods, addressing a key obstacle to rooting out abusive labor practices across the industry and helping to prevent disasters like the Rana Plaza collapse.
The coalition contacted 72 companies and asked them to adopt and carry out the pledge. The report details their responses and measures their current supply chain transparency practices against the pledge. 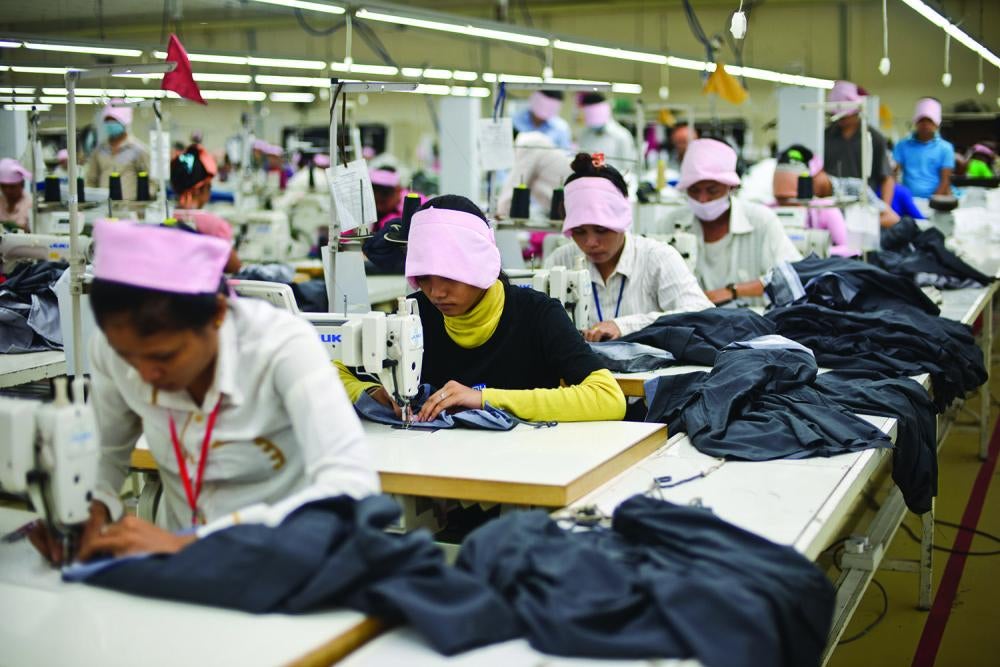 Demand to Know Who Made Your Clothes&#13;

Sign the Petition
“A basic level of supply chain transparency in the garment industry should be the norm in the 21st century,” said Aruna Kashyap, senior counsel for the women’s rights division at Human Rights Watch. “Openness about a company’s supply chain is better for workers, better for human rights, and shows that companies care about preventing abuse in their supply chains.”
The Rana Plaza building collapse on April 24, 2013 killed over 1,100 garment workers and injured more than 2,000. It was preceded by two large factory fires – one in Pakistan’s Ali Enterprises factory and another in Bangladesh’s Tazreen Fashions factory – that killed more than 350 workers and seriously injured many others. Afterward, labor advocates could not determine which companies’ products were made at these factories and had to hunt for the brand labels from the factory sites and interview surviving workers to determine who was responsible
By the end of 2016, at least 29 global apparel companies had published some information about the factories that manufacture their products. To build on this momentum, in 2016, a nine-member coalition of labor and human rights organizations and global unions endorsed the Transparency Pledge. Its aim is to create a level playing field in the industry and move it toward a minimum standard for publishing supplier factory information.

Coalition members wrote to 72 companies – including 23 industry leaders that were already publishing supplier factory information – urging them to adopt and carry out the Transparency Pledge standards. At the time, many apparel companies, including some that source from countries with persistent labor rights problems, were not publishing any supplier factory information.

The Transparency Pledge draws upon existing good practices of global apparel companies and sets a floor, not ceiling, for supply chain transparency. It asks apparel companies to publish important information about supplier factories and their authorized subcontractors. These efforts to publish supplier factory information help assert workers’ human rights, advance ethical business practices and human rights due diligence in apparel supply chains, and build stakeholder trust, in line with the United Nations Guiding Principles on Business and Human Rights.
Many significant investors have begun to urge apparel companies to make their supplier information public. Most recently, the Corporate Human Rights Benchmark, endorsed by 85 investors representing US$5.3 trillion in assets, score-carded apparel companies’ supply chain transparency, requiring them to publish at least the names of factories that produced for them.
“After Rana Plaza and other disasters, human rights groups, unions, and some companies and investors have seen how important transparency is for preventing abuses and for efforts at accountability,” said Ben Vanpeperstraete, lobby and advocacy coordinator at the Clean Clothes Campaign International Office. “Companies need to put transparency into practice to show that they respect human rights and decent working conditions.”
Transparency is a powerful tool for promoting corporate accountability for garment workers’ rights in global supply chains, the coalition said. It allows workers and labor and human rights advocates to alert the company to rights abuses in its supplier factories. Information about brands’ supplier factories facilitates faster access to grievance redress mechanisms for human rights abuses.

Company Responses Received by the Coalition