The Lord’s Resistance Army (LRA) is a Ugandan rebel group that has abducted, mutilated, and killed thousands of civilians in northern Uganda and across the region. The LRA has long engaged in particular brutality against children. In 2005, the ICC issued arrest warrants against its leader, Joseph Kony, and other top commanders, accusing them of war crimes and crimes against humanity. In January 2015, LRA leader Dominic Ongwen surrendered himself, and after a four-year trial he was convicted on February 4, 2021. The LRA has continued to operate in the remote border areas of Sudan and South Sudan. 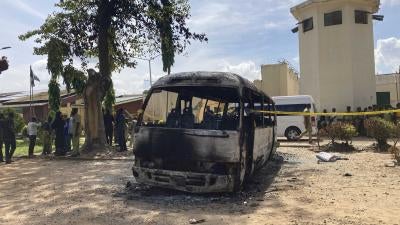