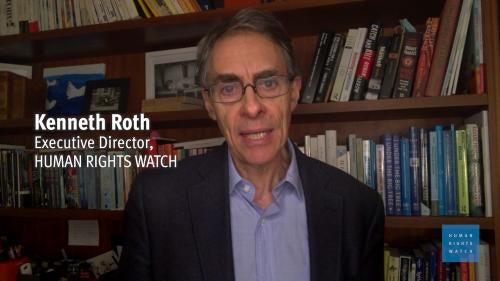 (The Hague) – Member countries of the International Criminal Court (ICC) should use their upcoming annual meeting to bolster the court’s delivery of justice for the worst crimes, Human Rights Watch said today. The 19th session of the ICC’s Assembly of States Parties will start in The Hague from December 14 to 16, 2020, before moving to United Nations Headquarters in New York from December 17 to 23.

At this session, member countries are due to select the next generation of court leadership by electing six judges and advancing the election of the next prosecutor. Member countries will also address an extensive review of the court’s functioning by a group of independent experts that was completed in September.

In advance of the session, Human Rights Watch issued a 29-page report with recommendations to ICC member countries.

“This year’s session will take place amid unprecedented challenges, but ICC members have crucial work to do in advancing the court’s mission,” said Richard Dicker, international justice director at Human Rights Watch. “Member countries should make the most of the expert review and upcoming elections to enhance the court’s delivery of justice.”

At the last Assembly session, ICC members established a group of nine independent experts to assess the work of the court and to make concrete recommendations to enhance its performance. The experts focused on the governance of the court, the judiciary, and the work of the Office of the Prosecutor. Their final report, published on September 30, offers an invaluable framework for discussions among stakeholders on how to bring needed change at the court. Member countries are currently negotiating how to follow up on the experts’ recommendations. This framework should scrupulously respect the judicial and prosecutorial independence of the court while ensuring efficient consideration of the experts’ recommendations, Human Rights Watch said.

Recent changes by member states to strengthen the election process, however, will most likely require postponing the election of the prosecutor to ensure that the process is fair, subjecting all candidates to rigorous scrutiny. Public hearings were held in early December with the nine current candidates for prosecutor. Member countries should focus their decisions on merit and refrain from vote-trading and campaigning in these elections, Human Rights Watch said.

In advance of the Assembly session, the Office of the Prosecutor announced its conclusions as to whether formal ICC investigations are warranted in three country situations. On December 11, the office stated that it had concluded that all the criteria were met for investigation into war crimes and crimes against humanity in Nigeria, including by Boko Haram and Nigerian Security Forces. On the same day, it reached the same conclusion for crimes by various parties in the situation in Ukraine. While Ukraine is not an ICC member country, it has accepted the court’s jurisdiction over crimes committed on its territory from November 21, 2013.

Under the court’s procedure, the prosecutor’s next step is to seek judicial approval to open investigations in these countries, which could advance justice for the victims of the crimes.

In an unprecedented move, however, the prosecutor indicated that with respect to both situations, the office will have to consider “operational challenges,” including the court’s limited resources and the impact of the Covid-19 pandemic, as the office makes future decisions. The court’s budget, funded by its member countries, has been held to near-zero growth since 2017.

If these two investigations are opened, it would bring the number of open country situations under investigation before the court to 15.

“Some ICC member countries have refused to come to grips with the reality that the number of countries in which justice is needed is vastly outstripping the court’s budget,” Dicker said. “The prosecutor’s announcements that moving forward with Ukraine and Nigeria will be affected by the office’s resources should be a wake-up call to governments.”

On December 9, the office declined to open an investigation into alleged war crimes by UK armed forces in Iraq. The office found that it could not conclude that UK authorities have been unwilling to genuinely carry out relevant inquiries. Yet, the decision contradicts the record, in which UK authorities have shown little interest in addressing alleged war crimes committed abroad by British troops. The prosecutor’s decision will most likely fuel perceptions of a double standard at the ICC, with one standard for powerful countries and another for those with less clout, Human Rights Watch said.

The outgoing US administration has authorized sanctions aimed at thwarting ICC investigations that could scrutinize possible crimes by US and Israeli nationals. On June 11, US President Donald Trump issued a sweeping executive order authorizing asset freezes and family entry bans that could be imposed against specified ICC officials, and in September imposed sanctions on two officials, including the ICC prosecutor, Fatou Bensouda. The executive order followed nearly two years of escalating threats by the administration and the revocation in 2019 of the prosecutor’s US visa. Human Rights Watch issued a question-and-answer document on the executive order.

Human Rights Watch has opposed the executive order as a threat to the court and its work in bringing justice to victims. In high-level statements at the start of the upcoming session, member countries should seize the opportunity of an incoming US administration to signal expectations that the US will engage with the court in a manner that respects the court’s Rome Statute, the global rule of law, and victims’ access to justice, Human Rights Watch said.

Because of public health restrictions related to Covid-19, nongovernmental organizations will primarily attend the session virtually. Prior to the official opening of the Assembly session, organizations and member countries are holding events online on a range of topics, including the Independent Expert Review, investigations before the court, and domestic accountability efforts.

“This 19th Assembly session will be very different and in-person participation by civil society groups will be limited,” Dicker said. “But given the importance of the issues, Human Rights Watch and other organizations will follow the proceedings closely to ensure that the voices of victims around the world are heard and amplified in strengthening the court.”