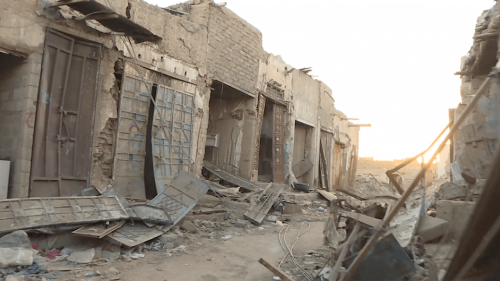 (Geneva) – The United Nations Human Rights Council should renew the mandate of the Group of Eminent Experts on Yemen during its current session in Geneva, Human Rights Watch said today. The parties on both sides of Yemen’s armed conflict are committing laws-of-war violations and human rights abuses with impunity.

In their initial report published in August 2018, the experts found evidence that members of the Saudi-led coalition, the Yemeni government, and the Houthi armed group have been committing abuses, including indiscriminate and disproportionate attacks on civilians, arbitrary and abusive detention, and recruitment of children. The experts flagged several areas for further investigation, including unlawful restrictions on humanitarian aid to civilians in Taizz, Yemen’s third largest city. They recommended the Human Rights Council renew their mandate, so investigations of the warring parties could continue. Saudi Arabia and other coalition members have pressed the council, at the current session, to discontinue the group’s mandate.

“The UN Human Rights Council should act to ensure that abuses against Yemeni civilians get continued international scrutiny and that steps are taken to hold violators accountable,” said John Fisher, Geneva director at Human Rights Watch. “Anything less would be an abdication of responsibility to the Yemeni people, who are caught between the Saudi-led coalition and the Houthi armed group amid the world’s largest humanitarian crisis.”

The Human Rights Council in September 2017 adopted a resolution by consensus that created the Group of Eminent Experts. Their mandate is to “carry out a comprehensive examination of all alleged violations” in Yemen’s conflict since September 2014 and to identify those responsible for abuses.

Serious violations of the laws of war in Yemen continue. On August 9, a Saudi-led coalition airstrike killed at least 26 children and wounded more than 19 in or near a school bus in the busy Dhahyan market in northern Yemen. The Houthis have taken civilians hostage, as forthcoming Human Rights Watch research will show. The Houthis and local forces backed by the United Arab Emirates (UAE) are arbitrarily detaining, and have forcibly disappeared, civilians. Both sides have blocked or restricted humanitarian aid, attacked civilians and civilian structures, and harassed, intimidated, and detained human rights defenders. Many of these violations may amount to war crimes.

Despite mounting evidence of violations of international law by the warring parties, efforts toward accountability or providing redress to victims of abuses have been woefully inadequate, Human Rights Watch said.

In 2016, the Saudi-led coalition created the Joint Incidents Assessment Team (JIAT) to investigate, collect evidence, and produce reports and recommendations regarding “claims and accidents” during coalition operations in Yemen. Human Rights Watch research found the body has failed to meet international standards for transparency, impartiality, and independence. It appears to have repeatedly failed to conduct a thorough laws-of-war analysis in its investigations and has reached flawed and dubious conclusions. Moreover, the body appears to have investigated only coalition airstrikes, but not other alleged violations of international law by coalition members, including UAE abuses against detainees.

The Houthis have also made no credible, discernable effort to punish forces under their control for alleged laws-of-war violations, including recruiting children under 15 and other war crimes.

“Human Rights Council member countries should not let the coalition bully its way out of accountability for abuses, or let the Houthis off the hook,” said Fisher. “More than ever, Yemeni civilians remain at grave risk from the fighting and aid cut-offs.”