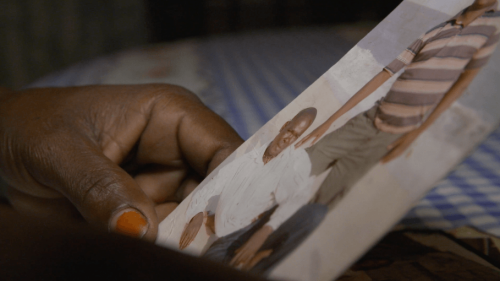 (Maputo) – Mozambique’s government has failed to hold anyone to account for serious abuses by both state security forces and the opposition Renamo in the year prior to a December 2016 ceasefire, Human Rights Watch said in a report released today.

The 65-page report, “‘The Next One to Die’: State Security Force and Renamo Abuses in Mozambique,” documents violent abuses in the country’s central provinces between November 2015 and December 2016. These include enforced disappearances, arbitrary detention, and the destruction of private property by government forces, and political killings, attacks on public transport, and looting of health clinics by the Renamo political party’s armed group.

“More than a year since the ceasefire was declared, the Mozambican government has not held anyone from its security forces or Renamo accountable for serious crimes,” said Iain Levine, deputy executive director for program at Human Rights Watch. “The government should investigate abuses by both sides and bring those responsible to justice.”

The report is based on over 70 interviews, including with victims of abuses and their relatives, as well as with police officers, soldiers, politicians, activists, and journalists. Human Rights Watch submitted detailed questions to both the government and Renamo, and their replies are included as appendices to the report.

The governing party, Frelimo (Mozambique Liberation Front), and Renamo (Mozambican National Resistance) fought a bloody 16-year war that ended in 1992, with Renamo allowed to keep a small armed force. Tension between the two escalated over the ensuing years as Renamo did not accept the results of various elections.

In February 2015, the government began an operation to disarm Renamo’s armed group by force. Renamo resisted, resulting in frequent clashes and a host of human rights violations in the central provinces of Manica, Sofala, Tete, and Zambezia.

Human Rights Watch documented seven cases of enforced disappearance and heard credible reports of many more cases. In one case, two brothers, José and Manuel Munera, were summoned to a police station in Gorongosa village on April 16, 2016.

“At 4 p.m., they called to inform us that they had arrived at the police station,” José Munera’s wife told Human Rights Watch. “At 6 p.m. I called him and the phone went unanswered.” Neither man has been seen or heard from since.

In its reply to Human Rights Watch, the Office of President Filipe Jacinto Nyusi denied that government security forces had committed any abuses and rejected allegations of enforced disappearances, arbitrary arrests, torture, and property destruction.

Human Rights Watch also documented serious abuses by Renamo’s armed group, commanded by party leader Afonso Dhlakama, including the kidnapping and killing of political figures who worked with the government or Frelimo.

A community leader in the town of Muxungue, Makotori José Mafussi, for example, was shot and killed on July 21, 2016. His daughter told Human Rights Watch that her father had received threats after he was accused of helping government forces identify Renamo activists in the region.

“That day he was killed, he met a Renamo member named [name withheld] in the market,” Mafussi’s daughter said. “When he came home, he told us that the man had warned him that he would be the next one to die.” That evening, a man stormed into the family compound and shot Mafussi in the head.

Renamo forces also ambushed and carried out sniper attacks against public transport, mainly on the N1 road in Manica and Sofala provinces. In July and August 2016, Renamo armed men raided at least five hospitals or medical clinics to loot medicine and supplies, restricting access to health care for thousands of people in remote areas of Zambezia, Tete, and Niassa provinces.

Party leader Dhlakama has admitted ordering attacks on public buses that he claimed were secretly transporting soldiers. The party has rejected the allegations of political assassinations as ruling party “propaganda.”

Since the ceasefire was declared, fighting and related human rights abuses have mostly ceased. But the government has not brought anyone to justice for serious crimes, including those Human Rights Watch documented. The lack of accountability follows a pattern of impunity dating back to the conflict that began in 1977, Human Rights Watch said.

The authorities have failed, for example, to properly investigate 10 high-profile killings across the country since March 2015 that appear to be politically motivated. It has likewise failed to investigate thoroughly a possible mass grave in Gorongosa district reported in April 2016, and the discovery of at least 15 bodies under a nearby bridge.

The government should meet its obligations under international human rights law and impartially and thoroughly investigate allegations of serious abuse, whether by government forces or Renamo, and bring those responsible to justice, Human Rights Watch said. The government should also establish a national database of missing persons to help identify and locate those who have been arrested, forcibly disappeared, or killed.

Mozambique’s international partners should press the government to investigate the human rights abuses committed by both government and Renamo forces since late 2015.

“Impunity for grave abuses, long prevalent in Mozambique, encourages future abuse,” Levine said. “Justice for both government and Renamo forces is crucial for the ceasefire to become an enduring peace.”