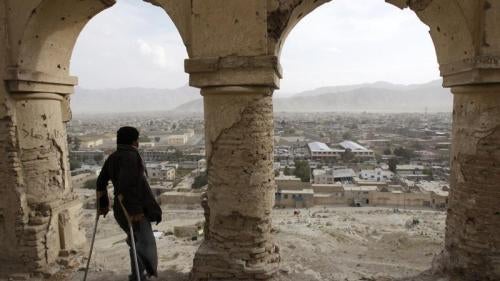 (Brussels) – The International Criminal Court prosecutor’s request for an investigation in Afghanistan on November 20, 2017, could begin a long overdue path to justice for victims of grave international crimes, Human Rights Watch said today, releasing a question and answer document about the situation. A three-member panel of ICC judges will now decide whether it can step in as a court of last resort to address the worst abuses committed in Afghanistan.

The ongoing armed conflict in Afghanistan has resulted in numerous violations of the laws of war by the belligerents. Targeted attacks on civilians by the Taliban and other insurgents have caused thousands of civilian casualties. The Afghan government has not prosecuted torture, rape, enforced disappearances, and extrajudicial killings by Afghan police and security forces. Foreign forces, notably the United States military and Central Intelligence Agency (CIA), have also committed serious abuses in Afghanistan.

“The ICC prosecutor’s investigation request is a strong signal to those who thought they could escape justice for serious crimes in Afghanistan,” said Richard Dicker, international justice director at Human Rights Watch. “Investigating abuses by all sides, including those implicating US personnel, reinforces the message that no one, no matter how powerful the government they serve, is beyond the law.”

The prosecutor’s application seeks authorization to investigate alleged crimes against humanity and war crimes committed by the Taliban and affiliated forces, Afghan National Security Forces, the US armed forces and the CIA. The ICC has jurisdiction over grave international crimes by anyone in Afghanistan since May 1, 2003, when Afghanistan joined the Rome Statute, the ICC’s founding treaty.

In addition to alleged crimes committed in Afghanistan, a limited number of crimes are alleged to have been committed in clandestine CIA detention facilities in Poland, Romania, and Lithuania, all ICC members. The prosecutor said that these alleged crimes “are sufficiently linked to and fall within the parameters of the present situation.”

Over the past decade, the Taliban has carried out numerous suicide and other deliberate attacks on thousands of civilians. The victims of assassinations have included judges, legislators, community elders, and journalists, either through suicide attacks or explosive devices targeting vehicles or buildings used by these civilians. Because they refuse to acknowledge the internationally accepted definition of civilian, the Taliban claim and even justify these attacks. Some insurgent groups, including those that have affiliated themselves with the Islamic State, also known as ISIS, have carried out attacks on schools.

Impunity for these alleged crimes remains the norm. In 2017, the Afghan government initiated proceedings against one prominent government official for abducting and assaulting a political rival, and disciplined a number of other security personnel and officers. But no senior official with the Afghan National Army, the Afghan National Police, or the NDS, including those named in human rights reports, has been prosecuted.

The prosecutor’s application makes a similar assessment, finding that no national investigations or prosecutions have been conducted or are ongoing against those who appear most responsible for alleged crimes committed by the Taliban or the Afghan National Security Forces.

The prosecutor’s application also includes alleged crimes by US armed forces and the CIA. Since the US-led invasion of Afghanistan in late 2001, Human Rights Watch and others have documented torture and other serious abuses by the CIA and the US military, including severe beatings, days of extended sleep deprivation coupled with painful stress positions, confinement in small boxes, forced nudity, food and water deprivation, near suffocation using water, and exposure to severely cold temperatures that in at least one case resulted in death. The US has not thoroughly or credibly investigated these abuses, allowing those most responsible to escape justice.

In her application, the prosecutor said that she “has been unable to obtain specific information or evidence with a sufficient degree of specificity and probative value that demonstrates that proceedings were undertaken with respect to cases of alleged detainee abuse by members of the US armed forces in Afghanistan.”

In addition, the prosecutor finds that no national investigations or prosecutions have been conducted or are ongoing against those who appear most responsible for alleged crimes committed by the CIA. There are ongoing investigations in Poland, Romania, and Lithuania, and the prosecutor said that if an investigation is opened, she will continue to monitor the progress of relevant proceedings, whether they relate to the same persons and conduct as those of interest to the ICC, and whether such efforts are genuine.

“Very few of those responsible for horrific crimes in Afghanistan have yet to face any consequences,” Dicker said. “If approved, an ICC investigation could change that bleak reality and give victims a measure of justice.”

In November 2016, the prosecutor said in a report that her office would make a final decision on whether to seek permission to open an investigation “imminently.” Since then, however, authorities in Kabul have sent “substantial” new information to the prosecutor’s office, which had to be reviewed before making a final decision. In her application, the prosecutor highlights that the timing of her request was affected by “challenges in verifying allegations relating to subject-matter jurisdiction” and “issues related the existence and/or genuineness of relevant national proceedings.”

Under the ICC’s rules, victims of crimes must be notified of the prosecutor’s request to open an investigation. The judges have set a deadline of January 31, 2018 for victims to submit their views to the court.

If authorized by the court, an investigation in Afghanistan will be the court’s second country situation outside of Africa. In 2016, the ICC judges opened an investigation in Georgia concerning the 2008 conflict with Russia over South Ossetia. Other situations under investigation are the Central African Republic, Côte d’Ivoire, Darfur, the Democratic Republic of Congo, Kenya, Libya, Mali, Burundi, and Uganda.

Since 2009, the ICC has faced a backlash from a vocal minority of African leaders claiming the ICC is unfairly targeting Africa. Contrary to this criticism, most investigations have been initiated at the request of African governments. In October and November 2016, South Africa, Burundi, and Gambia took unprecedented steps to withdraw from the ICC, although Gambia reversed course and South Africa’s withdrawal has stalled after South African courts found the government did not follow the necessary steps. Burundi’s withdrawal from the ICC took effect in October 2017. Other African states have also spoken out to reaffirm their commitment to the court.

At the same time, many powerful countries and their allies have been able to avoid the reach of the ICC, including by not joining the court, Human Rights Watch said.

“The ICC judges are required to assess the prosecutor’s request on its merits,” Dicker said. “At the same time, an Afghanistan investigation is an important reminder of the court’s global reach and that an individual’s nationality should not be used as a shield against justice.”