(Washington, DC) – Obama administration claims that legal obstacles prevent criminal investigations into torture by the Central Intelligence Agency (CIA) are unpersuasive, and risk leaving a legacy of torture as a policy option, Human Rights Watch said in a report released today. Sufficient evidence exists for the attorney general to order criminal investigations of senior United States officials and others involved in the post-September 11 CIA program for torture, conspiracy to torture, and other crimes under US law.

A Roadmap to Justice for CIA Torture

The 153-page report, “No More Excuses: A Roadmap to Justice for CIA Torture,” sets out evidence to support the main criminal charges that can be brought against those responsible for state-sanctioned torture, and challenges claims that prosecutions are not legally possible. The report also outlines US legal obligations to provide redress to victims of torture, and steps the US should take to do so. It also details actions that other countries should take to pursue criminal investigations into CIA torture. 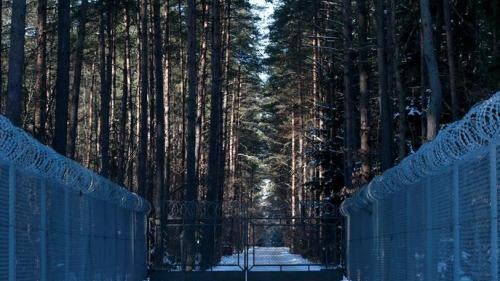 “It’s been a year since the Senate torture report, and still the Obama administration has not opened new criminal investigations into CIA torture,” said Kenneth Roth, executive director of Human Rights Watch. “Without criminal investigations, which would remove torture as a policy option, Obama’s legacy will forever be poisoned.”

On December 9, 2014, the Senate Intelligence Committee issued a scathing summary of the still classified 6,700-page report documenting the CIA’s detention and interrogation program. The Senate summary, while confirming previous reporting, also revealed that CIA torture was more brutal, systematic, and widespread than had been previously reported. It provided new details of abuse, such as so-called rectal feeding of some detainees, and gave information on the brutal impact that painful stress positions and sleep deprivation had on detainees. The summary focused on whether “enhanced interrogation techniques” were an effective means of gathering useful intelligence – concluding they were not – but it did not evaluate the legality of the program.

The Justice Department says that it had already investigated CIA abuses in 2009 and concluded there was insufficient admissible evidence to bring charges. But that investigation, headed by John Durham, examined only CIA abuses that went beyond “authorized” actions, instead of all CIA torture and ill-treatment. Even then, investigators do not appear to have interviewed any former detainees, undercutting claims that their inquiry was thorough or credible.

One defense frequently heard is that the CIA and senior White House officials relied on legal opinions by the Justice Department’s Office of Legal Counsel purporting to find that “enhanced interrogation techniques” were lawful – the so-called Torture Memos. However, the Senate summary provides evidence that CIA officials knew from the outset that those practices would violate anti-torture laws. Other evidence shows that CIA and White House officials went shopping for guarantees against criminal prosecution and when that was refused, helped to craft those same legal opinions authorizing the torture that they would rely upon.


The Torture Memos were so strained in their legal reasoning that they cannot fairly be characterized as an honest interpretation of the law. These facts are the antithesis of the good-faith reliance on the advice of counsel that could serve as a legitimate defense to torture charges. Further, the Senate summary and other evidence show that the CIA abused detainees in ways that were not authorized and applied authorized techniques in ways that far exceeded authorizations.

Although much of the torture and other abuse took place a decade or more ago, statutes of limitation do not bar several criminal charges. The usual five-year federal statute of limitations is not a bar to the crimes of torture or conspiracy to torture when there was a “foreseeable risk that death or serious bodily injury” may result, as well as for certain sexual abuse charges. In addition, the statute of limitations for the crime of conspiracy may be extended if those responsible conceal a central component of the plot, which was the case with the CIA program, Human Rights Watch said.

Under the United Nations Convention against Torture, which the United States signed in 1988 and ratified in 1994, governments are required to credibly investigate allegations of torture and to prosecute where warranted. The failure to investigate and prosecute CIA torture increases the danger that some future president will authorize similar illegal interrogation methods in response to an inevitable serious security threat. Several presidential candidates for the 2016 elections have defended the use of “enhanced interrogation techniques” and some have said they would use them again if elected.

The Convention against Torture, which the US government was instrumental in shaping, also requires redress and compensation to torture victims. But the Bush and Obama administrations have actively thwarted every attempt by former detainees to obtain remedies in US courts, invoking claims of immunity and national security to get lawsuits dismissed before the plaintiffs could even introduce evidence of abuse.

The Justice Department should appoint a special prosecutor to conduct new investigations ensuring that all relevant witnesses, including claimed victims of torture, are interviewed and all available relevant physical evidence is collected, preserved, and examined, Human Rights Watch said.

“If the United States with its established democracy and stable political system can flout its legal obligation to prosecute torture, it undermines respect for the rule of law the world over,” Roth said. “Government officials who went shopping for and helped to craft legal opinions justifying the unjustifiable shouldn’t be able to rely on those opinions to shield themselves from liability.”


The report also describes cases abroad to investigate CIA torture-related abuses. Investigations in other countries have targeted US officials as well as national officials alleged to have participated or been complicit in CIA abuses. The duty to prosecute lies principally with the US government, but the Convention against Torture contains a “universal jurisdiction” clause that obligates all governments to prosecute suspects who come on their territory, regardless of where the torture took place. US failure to conduct its own thorough and credible investigations into CIA torture means that other governments should take steps to investigate these crimes.