One of the abducted men, a former teacher, was located in official police custody after 42 days. At least three others were abducted in similar circumstances but their whereabouts remain unknown. The similarities between the abductions and the fact that one of the men was subsequently found in police custody are credible grounds to believe that the men may be victims of enforced disappearances by Turkish security forces or law enforcement agents.

“There are credible grounds to believe that government agents forcibly disappeared the missing men,” said Hugh Williamson, Europe and Central Asia director at Human Rights Watch. “The Turkish authorities should promptly uphold their obligation to locate the missing men, who may be in grave danger, secure their release and if they are in custody give them immediate access to a lawyer, and let their families know where they are.”

An enforced disappearance occurs when a person is taken into custody, or otherwise deprived of their liberty by the state or its proxies, but authorities subsequently deny it or refuse to provide information about the person’s whereabouts, placing the victim outside the protection of the law.

The victim who was located in official custody is Önder Asan, a former teacher. A witness saw men who said they were police officers abduct Asan in Ankara in April, forcing him out of a taxi and bundling him into a Volkswagen Transporter van. After his family received a call from a police station 42 days later, they located him in police custody. He was taken before a judge on May 17 and sent to detention pending trial for alleged terrorism links.

He has lodged a formal complaint with the Ankara prosecutor alleging that after his abduction by people who said they were police officers, he was held in a secret location, interrogated and tortured, and finally moved to a regular police station, where he saw a lawyer.

The circumstances of the three other men’s abductions, beginning in March, share common features with Asan’s. They are Turgut Çapan, Mustafa Özben, and Cemil Koçak. All three were dismissed from their jobs as teachers or civil servants under state of emergency decrees. Çapan was an acquaintance of Asan’s, and Asan had seen him on the day he was abducted. Witnesses to the abductions of Özben and Koçak said that the men were bundled into a black or dark-coloured Volkswagen Transporter van, accounts that are corroborated by security camera footage.

A fifth man, whose case Human Rights Watch has reviewed, has also been missing since March, when he dropped his family off at the Ankara bus station. He was last seen on security cameras leaving a metro station. He had a similar profile to the four abducted men. His whereabouts are unknown.

The authorities have yet to respond to the allegations of abductions and possible enforced disappearances reported to prosecutors this year by lawyers acting for the families of missing people, including at least some of the five men and two members of parliament, as well as to reports on social media. Members of parliament for the main opposition People’s Republican Party (CHP) Sezgin Tanrıkulu and Senal Sarıhan, introduced parliamentary questions to Prime Minister Binali Yıldırım in April and May about the progress of investigations into the whereabouts of people they suspected of having been forcibly disappeared. The government has not responded.

Turkey has a history of enforced disappearances by security forces in the 1990s. The European Court of Human Rights issued repeated judgments that Turkey had violated the rights to liberty and security and often the right to life of victims, most of whom were Kurds.

The government of President Recep Tayyip Erdoğan publicly asserts zero tolerance for torture and has restored the safeguard of allowing detainees access to lawyers from early in their detention, a protection initially removed under the state of emergency. But the government has not addressed the sharp rise in abusive detention practices in the past year or made sure that abuse allegations are fully investigated and that those responsible are brought to justice. 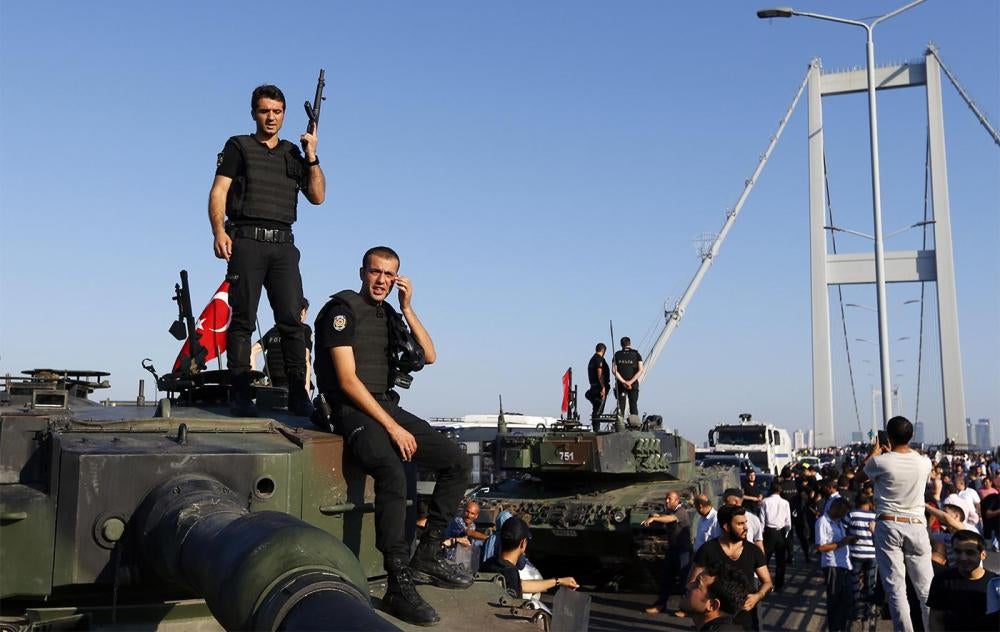 In Turkey, in the aftermath of an attempted coup, the government declared a state of emergency, jailed thousands of soldiers, and embarked on a wholesale purge of public officials, police, teachers, judges, and prosecutors.&#13;


In October 2016, Human Rights Watch published a report on the lifting of safeguards against torture and ill-treatment under the state of emergency. Human Rights Watch focused on factors such as the 30-day detention period and 5-day restriction on detainees’ rights to meet lawyers under the state of emergency as factors that increase a detainee’s risk of being subjected to police abuse. In January, the cabinet issued a decree reducing the police detention period from 30 days to seven with a possibility of seven-day extension granted by a prosecutor, and lifting the five-day restriction on meeting with lawyers. But these positive measures appear to have been insufficient to curb abuse of detainees in police custody.

The Turkish authorities should urgently demonstrate their commitment to uphold the absolute prohibition on enforced disappearances and ensure prompt and effective investigations into security forces, intelligence services and all other public officials alleged to have tortured or ill-treated detainees or unlawfully deprived them of their liberty.

Turkey’s international partners, including the European Union and its member states, should put human rights concerns at the center of their engagement with Turkey, raising in the most urgent terms concerns that authorities are carrying out enforced disappearances and the increase in complaints of torture in police custody. They should publicly call for effective investigations into all reported cases of torture and ill-treatment in detention and of enforced disappearances.

“Given Turkey’s dark history of enforced disappearances, it is all the more important for the authorities to investigate the alarming spate of abductions in Ankara,” Williamson said. “Disappearing people is a grave human rights violation, prohibited in all circumstances, and the government needs to act now to stamp it out.”