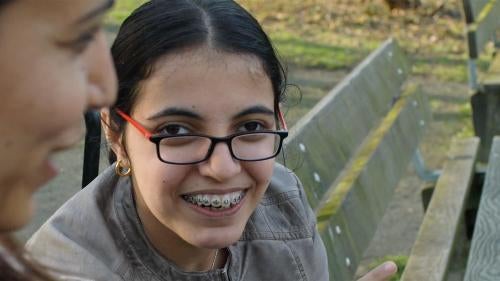 During a visit to Greece from May 16 to 20 2017, Human Rights Watch met with representatives from the UN Refugee Agency (UNHCR), the International Organization for Migration (IOM), the European Commission, the Greek Asylum Service (GAS), local and international aid and medical organizations, lawyers, volunteers, and asylum seekers. Many of those interviewed by Human Rights Watch described indirect political pressure, in the form of multiple communiqués, to reduce the number of “vulnerable” asylum seekers and other migrants trapped on Greek islands, including people with disabilities, victims of torture, and survivors of sexual and gender-based violence.

“The European Union has hit another low in its efforts to deter new refugees and minimize obligations to ones already within its borders,” said Emina Ćerimović, disability rights researcher at Human Rights Watch. “The EU should be promoting the protection of asylum seekers, including those among them who may be particularly at risk, not unjustly pressuring the Greek authorities and medical actors to overlook them.”

According to aid organizations interviewed by Human Rights Watch, and unofficial notes from the protection working group meeting organized on March 14, 2017, in Athens, obtained by Human Rights Watch, a representative of GAS claimed there are too many people being identified as “vulnerable” and that the practice of referring them to the mainland and excluding them from the accelerated admissibility procedures is not sustainable.

Under Greek law, people identified as “vulnerable,” require special protection, including access to services and exemption from the accelerated admissibility process under the EU-Turkey deal, which was intended to send most asylum seekers back to Turkey. They are entitled to be given priority in the regular Greek asylum system and, until recently, were transferred to the mainland, where they could have easier access to services.
An EU official in Athens told Human Rights Watch that up to half of all asylum seekers on the islands who received a first instance decision – meaning a decision at the first level of the asylum process they applied to – on their asylum claims since the EU-Turkey deal came into force on March 20, 2016, have been identified as “vulnerable.” He said that the number of asylum seekers identified as “vulnerable” is higher than it should be, but did not express an opinion as to what an “acceptable” number of vulnerable refugees would be or why.

The official said that, in his opinion, the situation results from an allegedly broad definition of “vulnerability” under Greek law, and he alleged some nongovernmental organizations doing the assessments deliberately used an overly broad interpretation. The official, however, could not provide examples of how “vulnerability” criteria had been applied in an overly broad manner, or identify refugees who were considered vulnerable and should not have been. He also had no data on how many refugees identified as “vulnerable” had disabilities.

According to a representative of an international aid organization, the European Commission sent a letter to the Greek Ministry of Migration saying there was a need to further restrict the vulnerability criteria. As a result, the Greek Ministry of Health has been asked to provide a more precise and narrow definition of “medical vulnerabilities,” according to the source. The EU official and a representative of GAS confirmed to Human Rights Watch that Greek authorities are developing new guidelines to define and apply the vulnerability criteria.

The March progress report on the implementation of the EU-Turkey Statement says that the Greek Reception and Identification Service, together with the European Asylum Support Office (EASO), “are working on defining some of the vulnerability categories and developing a Standard Medical Assessment Template for the processing of vulnerable persons.”

The EU official in Athens also told Human Rights Watch that, in his opinion, recognizing a high number of people as vulnerable and moving them from islands to the mainland could act as an incentive for other “vulnerable” people to make the crossings. “We do not want to end up in a situation where vulnerable people will risk their lives to come to Europe,” the official added. He concluded that people who are identified as “vulnerable” might be returned to Turkey in the future, “the fact that someone is vulnerable doesn’t mean that they cannot be returned to Turkey depending on their individual case.”

Human Rights Watch found that the experience of medical nongovernmental organizations assisting asylum seekers on the front line differed from what the EU official described. Stathis Poularakis, advocacy officer with Doctors of the World (MDM), an international medical nongovernmental organization that provides initial medical assessment of asylum seekers and other migrants arriving on the Greek island of Lesbos, told Human Rights Watch: “We cannot close our eyes. Most of these people have experienced trauma and loss and are vulnerable.” He said that some people’s vulnerability, including victims of torture and sexual or gender-based violence, is not immediately apparent. This makes it difficult to assess it properly in challenging conditions like the ones that prevail in Greek hotspots, following the EU-Turkey deal.

In contrast to the EU official’s claim of too many asylum seekers being deemed “vulnerable,” a representative of Medecins Sans Frontieres (Doctors without Borders, MSF) told Human Rights Watch that, in fact, MSF is providing treatment on the Greek islands of Lesbos and Samos to a high number of people who have not been identified as “vulnerable” despite meeting the criteria, including victims of torture and people with disabilities that are not readily apparent. “The system overlooks these people, either because of lack of training or rushed procedures,” he said.

MSF also said that the procedures used by the Greek authorities have made it increasingly difficult to register vulnerable people. “People with disabilities and victims of torture and gender-based violence are at highest at risk of going unidentified due to the new pressure to reduce the numbers,” an MSF representative told Human Rights Watch.

As of May, a new procedure requires that a person’s vulnerability be assessed within two to three days of their arrival on the islands. But representatives of MDM, MSF, and two lawyers providing legal advice on Lesbos told Human Rights Watch that it is almost impossible in such a short period to identify victims of torture, survivors of gender-based violence, or people with disabilities such as mental health conditions or intellectual disabilities, if their vulnerability is not visible or otherwise readily apparent. “You can’t have a proper assessment in two or three days,” Poularakis from MDM said. An MSF representative explained, “Most people are traumatized upon arrival and are not provided with an opportunity to build the trust and reveal their stories in such a short time.”

“The EU seems to consider asylum seekers as mere numbers, ignoring the harsh reality of their experience”, Ćerimović said. “It’s an inconvenient truth that many asylum seekers, in particular people with disabilities, are at risk when they arrive and the EU’s focus should be on protecting them, not rushing to return them to Turkey.”

Background and EU Obligations to Asylum Seekers with Disabilities

In January, Human Rights Watch published its findings that people with disabilities were not being properly identified in the refugee reception system in Greece and did not have equal access to humanitarian assistance. In a report published in March, Human Rights Watch found similar failure to identify other at-risk groups, such as victims of torture.

The EU-Turkey deal would return most asylum seekers from the Greek islands to Turkey under the flawed assumption that Turkey is a safe country for asylum seekers. The deal has left 12,873 asylum seekers bottle-necked in deplorable and volatile conditions on Greek islands since it went into effect on March 20, 2016. Thousands of asylum seekers are enduring extremely harsh conditions in overcrowded facilities, while their protection claims are being processed.

In an Action Plan published in December 2016, the European Commission recommended tougher measures aimed at increasing the number of returns to Turkey, including ending exemptions for vulnerable groups and people eligible for family reunification from the requirement to remain on the islands and go through the fast-track admissibility process that could more likely result in a return to Turkey. The commission also recommended expanding detention on the islands and curbing appeal rights.

According to unofficial notes from the protection working group meeting on March 14, 2017, in Athens, obtained by Human Rights Watch, a representative of the Greek Asylum Service said that people with mental health conditions, including PTSD, and victims of torture would not be transferred to the mainland “since their condition is not life-threatening.”

Under Greek law, nine categories of people, including pregnant women, children, victims of torture, survivors of sexual or gender-based violence, and people with disabilities are considered “vulnerable” or at-risk. Under the law, they require special protection, including access to services and exemption from the accelerated admissibility process under the EU-Turkey deal, which was intended to send most asylum seekers back to Turkey. They are entitled to be given priority in the regular Greek asylum system and until recently, were transferred to the mainland, where they could have easier access to services. The Greek Reception and Identification Service, supported by medical nongovernmental organizations, is responsible for identifying and registering people in “vulnerable” groups upon their arrival.

According to MSF and two lawyers interviewed by Human Rights Watch, it has become increasingly difficult to re-assess and register people with mental health conditions or victims of torture and/or gender-based violence as “vulnerable.” “The Greek authorities are legally obliged to take into consideration and re-assess the vulnerability throughout the procedure, but we are witnessing that is not the case despite medical certificates that we provide asserting their medical condition,” a representative explained. Pressure to exclude people with disabilities from being categorized as “vulnerable” individuals goes against the EU’s commitments under the Convention on the Rights of People with Disabilities. It also undermines the principles of the Charter on Inclusion of Persons with Disabilities in Humanitarian Action, to eliminate discrimination against people with disabilities in aid programming and policy, and to ensure people with disabilities’ access to aid and needed services. The charter was adopted at the Humanitarian Summit in Istanbul on May 23, 2016.

In line with the commitments made under the charter, the EU should immediately cease any pressure to reduce the number of people identified as vulnerable, Human Rights Watch said. The EU should issue clear guidance to field staff for identifying and registering people at-risk, including people with disabilities that are not readily identifiable.

The Greek Reception and Identification Services and officials conducting asylum procedures should be trained to identify and respond appropriately to the needs of people with disabilities, victims of torture, survivors of sexual and gender-based violence, and other “vulnerabilities” and to ensure access to services throughout the process. People with disabilities and other at-risk groups should be included and consulted in these efforts.