(New York) – Police in India often bypass arrest procedures and torture suspects in custody to death, Human Rights Watch said in a report released today. At least 591 people died in police custody in India between 2010 and 2015, according to official data. Instead of holding police responsible to account, authorities have stalled reforms needed to build a more rights-respecting force.

The 114-page report, “‘Bound by Brotherhood’: India’s Failure to End Killings in Police Custody,” examines police disregard for arrest regulations, custodial deaths from torture, and impunity for those responsible. It draws on in-depth investigations into 17 deaths in custody that occurred between 2009 and 2015, including more than 70 interviews with victims’ family members, witnesses, justice experts, and police officials. In each of the 17 cases, the police did not follow proper arrest procedures, making the suspect more vulnerable to abuse. 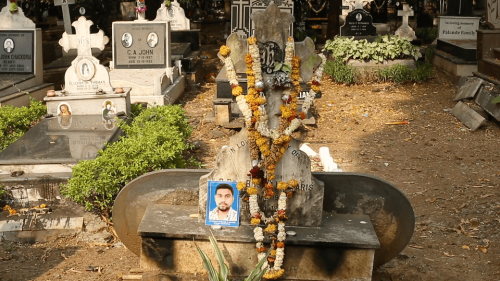 “Police in India will learn that beating suspects to confess is unacceptable only after officers are prosecuted for torture,” said Meenakshi Ganguly, South Asia director. “Our research shows that too often, the police officers investigating deaths in custody are more concerned about shielding their colleagues than bringing those responsible to justice.”

While Indian police typically blame deaths in custody on suicide, illness, or natural causes, family members of victims frequently allege that the deaths were the result of torture or other ill-treatment. Indian law and the Supreme Court have laid down procedures for law enforcement that deal with various aspects of police work, including registering cases, the treatment of arrested persons, and conducting questioning. However, without proper training, oversight, or resources to gather evidence, police mistreat criminal suspects in police stations to obtain information or confessions. Forms of torture include severe beatings with boots and belts, sometimes suspending people from their wrists. Autopsy reports examined by Human Rights Watch show injuries and hematomas consistent with blunt force trauma.

Human Rights Watch primarily details cases in which family members assisted by lawyers or rights defenders sought a judicial remedy, and in which police records, medical records, and other relevant documents were thus publicly available. Many of these cases are still pending in courts. Independent investigations ordered by courts in a number of cases have uncovered serious due process violations in addition to compelling evidence of physical mistreatment. For instance, one policeman in Mumbai, during an inquiry after a detainee died in custody, said the beatings occurred because the suspect was “a hard core criminal, he refused to give any information.”

Police did not follow rules initially laid down by the Supreme Court to prevent custodial abuse in the 1997 case of D.K. Basu v. West Bengal, which have since been incorporated into the Code of Criminal Procedure. Police are expected to identify themselves clearly when making an arrest; prepare a memo of arrest with the date and time of arrest that is signed by an independent witness and countersigned by the arrested person; and ensure that next of kin are informed of the arrest and the place of detention.

The rules require suspects to be medically examined after arrest, with the doctor listing any pre-existing injuries – any new injuries will point to police abuse in custody. By law, every person taken into custody must be produced before a magistrate within 24 hours.

Bypassing these procedures facilitates abuses in custody. According to government data, in 67 of 97 deaths in custody in 2015, the police either failed to produce the suspect before a magistrate within 24 hours or the suspect died within 24 hours of being arrested. A magistrate in Tamil Nadu state told Human Rights Watch, “Police has their own code of police procedure. They don’t follow the Code of Criminal Procedure.”

To ensure accountability for police abuses, Indian law requires a judicial magistrate to conduct an inquiry into every death in police custody. The police are expected to register a First Information Report, and the death is expected to be investigated by a police station or agency other than the one implicated. Every case of custodial death is also supposed to be reported to the National Human Rights Commission. Commission rules call for the autopsy to be filmed and the autopsy report to be prepared according to a model form.

Human Rights Watch research, court decisions, and media accounts show that these steps are frequently ignored. Internal departmental inquiries to examine wrongdoing rarely find police culpable. The police also delay or resist filing complaints against implicated police officers. In 2015, police registered cases against fellow police officers in only 33 of the 97 deaths in police custody. Satyabrata Pal, until 2014 a member of the National Human Rights Commission, told Human Rights Watch, “The entire intention in a police internal investigation is to whitewash.”

The national and state human rights commissions recommend inquiries or compensation, but seldom recommend disciplinary action or prosecution. Families of victims, particularly those economically or socially marginalized, can face intimidation and threats from the police if they pursue justice.

The use of torture and other ill-treatment by police and the failure to provide justice to victims of abuse violate India’s obligations under international human rights law. India has ratified the International Covenant on Civil and Political Rights and signed the Convention against Torture and Other Cruel, Inhuman or Degrading Treatment or Punishment. India has also signed but has yet to ratify the International Convention for the Protection of All Persons from Enforced Disappearance, which seeks to deter torture and other grave abuses against persons in custody.

“If police follow the rules designed to deter torture and mistreatment, deaths in custody could be prevented,” Ganguly said. “India can only boast of rule of law when those charged with enforcing it are held accountable.”

Cases of Deaths in Police Custody

Agnelo Valdaris, Maharashtra
Agnelo Valdaris, 25, and three others were allegedly illegally detained, beaten, and sexually abused in custody by police officers who arrested them on suspicion of theft. After two days in detention, police warned them not to tell doctors about the torture during their mandatory medical examination. Valdaris refused. He died on the morning of April 18, 2014, three days after the police arrested him, and before he was produced before a magistrate. Police officials at Wadala railway police station in Mumbai said that he was struck by a train after he tried to escape from custody. However, his family and witnesses who were in custody with him allege that he died from police torture.

Following the death, Valdaris’s father, Leonard Valdaris, filed a police complaint. When the police failed to take any action, he approached the Bombay High Court. The court expressed doubts over the “transparency and fairness of the investigation” by local police and ordered a fresh investigation be conducted by the Central Bureau of Investigation (CBI). The CBI found that the police had detained the four suspects illegally and then prepared false records. The policemen responsible for the abuses have not been prosecuted. Leonard Valdaris says he still remembers meeting his son for the last time in the hospital:

My son’s hand was plastered and he told me that police beat him all night. He said to me, “They will kill me daddy.” … I fully cooperated with the police, trusting them. I handed my son over to them. Now I am carrying the guilt every day. Had I not given my son to the police, he would have been alive.

Kazi Nasiruddin, West Bengal
Kazi Nasiruddin, 35, a local leader with the Trinamool Congress Party, the ruling political party in West Bengal state, was detained on January 18, 2013, in the state’s Hooghly district. While police say that Nasiruddin died from injuries he suffered when he fell in a toilet at the Dhaniakhali police station, Nasiruddin’s wife, Manaza Bibi, alleges her husband was beaten to death there.

Manaza Bibi wrote to the governor seeking an independent investigation, and the case was handed over to the Criminal Investigation Department (CID) of West Bengal state. However, the CID officials, also part of the state police, failed to properly investigate Nasiruddin’s death. In May 2013, ruling on a petition to transfer Nasiruddin’s case to the CBI, the Calcutta High Court emphasized that police had flouted the procedures governing arrests in this case and had failed to conduct a proper inquiry. The judgment states, “The entire investigation conducted by the State investigating agency appears to be a desperate effort in damage control.”

Shyamu Singh, Uttar Pradesh
After Shyamu Singh died in police custody at Kwarsi police station on April 15, 2012, in Aligarh district, Uttar Pradesh state, police said that Singh had committed suicide. But his brother, Ramu Singh, who was arrested with him, said that after being arrested they were both stripped down to their underwear and tortured:

[The police officers] put us down on the floor. Four people held me down and one man poured water down my nose continuously. I couldn’t breathe. Once they stopped on me, they started on Shyamu. Shyamu fell unconscious. So they started worrying and talking among themselves that he is going to die. One of the men got a little packet and put the contents in Shyamu’s mouth.

Family members filed a police complaint against seven police officers alleging death due to torture. Since that time, the police have repeatedly stalled efforts to ensure accountability. Ramu told Human Rights Watch that he faced threats and harassment by the police for pursuing his brother’s case:

The police used to tell me I have become a sore wound for them that needs to be cut out: “You have become that for us. Beware or the same thing that happened to Shyamu will happen to you.”