(Bishkek) – Women suffering domestic violence in Kyrgyzstan lack adequate protection and access to justice due to insufficient police and judicial response, Human Rights Watch said in a report released today. The government is doing too little to provide shelter and other services for survivors of abuse. Kyrgyzstan’s government is currently reviewing a new domestic violence law, which could strengthen protections.

The 98-page report, “‘Call Me When He Tries to Kill You’: State Response to Domestic Violence in Kyrgyzstan,” documents obstacles to accessing help or justice in cases of severe domestic abuse. Despite a 2003 domestic violence law, which guarantees survivors’ rights to protection, social services, and redress, Human Rights Watch’s report exposes gaps in state response to domestic violence, including police refusing to register or investigate complaints, police and courts failing to issue or enforce protection orders, and courts and prosecutors treating domestic violence as a minor offense carrying light penalties.

“Women in Kyrgyzstan are subject to violent attacks and abuse, but far too often, authorities stand idly by and fail to protect them,” said Hillary Margolis, a women’s rights researcher at Human Rights Watch. “A domestic violence law serves little purpose if officials ignore their obligations and leave women in danger.” 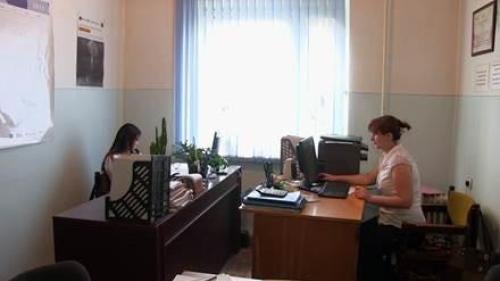 The report is based on more than 90 interviews, including interviews with 28 female survivors of domestic violence from three regions of Kyrgyzstan. Human Rights Watch also interviewed police, lawyers, judges, shelter and crisis center staff members, community court representatives, government officials, service providers, and representatives of the UN and international agencies. A video features interviews of survivors of domestic violence who describe the hurdles they faced when trying to access protection from violence.

Some survivors told Human Rights Watch that police turned them away when they attempted to file domestic violence complaints.

Asya (not her real name), 47, said that she called police twice in 2012 after her partner beat her severely. She said that the police asked whether her partner had tried to stab or kill her: “I would say, ‘No,’ and they [police] would say, ‘Okay, you call me when he tries to kill you, because we have more important things to do.’” Other survivors said that police registered their complaints but did not investigate.

Among the cases documented by Human Rights Watch, law enforcement personnel often did not issue or enforce protection orders meant to keep domestic violence survivors safe. Kyrgyzstan’s domestic violence law allows police and courts to issue temporary or long-term orders that specify protective measures, such as prohibiting abuse or barring contact between the perpetrator and victim. Perpetrators who violate these orders should be penalized. However, many survivors told Human Rights Watch that police never informed them about protection orders. Others said police did not enforce the orders or penalize perpetrators who violated them.

Police, judges, lawyers, and service providers told Human Rights Watch that longer-term, more stringent court protection orders are almost never issued. Several survivors said they tried to get these orders, but lawyers or judges told them they did not meet the criteria. Women’s rights activists and crisis center workers told Human Rights Watch that police often refuse to collect the materials required for court protection orders or spend an excessive amount of time doing so, leading to lengthy delays.

“Protection orders can be a simple, immediate safeguard against potentially deadly violence, yet many survivors are not even aware that they are available,” said Margolis. “It is inexcusable that police and courts neglect to inform women about the most basic means of protection and instead leave them to fend for themselves.” According to government data for 2013, fewer than half of registered domestic violence complaints went to court. Of those that did, only 7 percent were referred to courts as criminal offenses. Of domestic violence cases that resulted in administrative penalties, 64 percent resulted in small penalties for “minor hooliganism,” or disorderly conduct, while only 29 percent resulted in penalties specifically for domestic violence.

Survivors who wish to escape abusive relationships in Kyrgyzstan may not be able to access shelter and other services. Many survivors told Human Rights Watch that they felt trapped because they depend on their abusers or abusers’ families for housing and food, and had “nowhere to go.” Few organizations that provide services to survivors of domestic violence receive any government support. Staff at nongovernmental crisis centers and shelters told Human Rights Watch that they struggle to stay open or have eliminated key services due to lack of funding.

Human Rights Watch also found that families, community members, and officials pressure survivors of domestic violence to reconcile and remain with their abusers to avoid “shame” and maintain family unity.

In some cases, police referred domestic violence cases involving serious injury to community elders’ (aksakals) courts, with the intention that they reconcile the couple. Elders’ courts emphasize mediation and conflict resolution, and may only issue penalties of financial compensation or public shaming. Under the law, these community courts should not handle active criminal cases, and police should only refer cases with the prosecutor’s approval.

“Authorities should protect women from violence, and instead officials are pressuring women to withstand abuse.” said Margolis. “The government should ensure investigation and prosecution of cases, and provide support for shelters and other services that help women escape violence.”

Parliamentary elections on October 4 resulted in a legislature with no clear majority, and the Social Democratic Party – which won the most seats – must form a coalition government before any new domestic violence law can be passed.

Human Rights Watch called on the government of Kyrgyzstan to ensure that police, prosecutors, and judges comply with their duties under the domestic violence law. This includes issuing and enforcing protection orders, and investigating and prosecuting cases of domestic violence. Officials who fail to do so should be disciplined. The government should also support shelter, health, psychosocial, and legal services for survivors. Government agencies should establish clear protocols and mandatory training curriculums in line with international standards on domestic violence response, and train all law enforcement, judicial, and health personnel.

“Women in Kyrgyzstan should feel safe in their homes,” said Margolis. “But they won’t unless the government steps up its efforts and makes protecting them a top priority.”

Aigul suffered nine years of abuse by her husband, who denied her access to medical treatment when she suffered a head injury due to his beatings. She went to her father and stepmother’s house in an attempt to escape the abuse, but her father told her to return to her husband and endure the violence. Aigul never filed a complaint with police because she knew her husband would kick her and her children out of the house, and she had nowhere else to go.

“Everywhere she turns to for help – especially law enforcement – it’s as if they are taking revenge on her for just daring to come and ask for support.”
– Crisis center psychologist, referring to client suffering long-term abuse

The psychologist’s client, “Gulnara,” 49, was hospitalized for 10 days with a concussion after a beating in 2012. In 2013, Gulnara’s husband stabbed her and, following 10 years of physical and verbal abuse, she pressed charges against him. At this writing, her case was still before the courts; her husband has faced no conviction or penalties thus far.

“I went to the neighbors’ sometimes. They said, ‘It’s okay, he will become polite later. If you have more children he will be more polite....’ I thought, ‘If he beats me now, he will kill me later.’”
– “Zarina,” 34

A friend gave Zarina the phone number for a crisis center in 2009; afraid of her abusive husband and stigma from the community, she withstood his abuse for six more years before contacting the crisis center.

“[The police officer] said, ‘You know, to tell the truth, we don’t like to take up these kinds of cases – family cases….’ I think maybe if the police had helped me that time, the next eight years would have been different. After that I stopped trusting the police.”
– “Tatiana,” 45

Tatiana attempted to report domestic violence to police at least four times between 1998 and 2008. During this time, she said the police never told her about protection orders.

“He would beat me badly. He would chase me out of the apartment without shoes, take the keys, and not give them back. Thank god I know this crisis center or I don’t know where I would go in the middle of the night without shoes.”
– “Asya,” 47

Asya said that she regularly finds temporary refuge from her husband’s abuse at a crisis center.