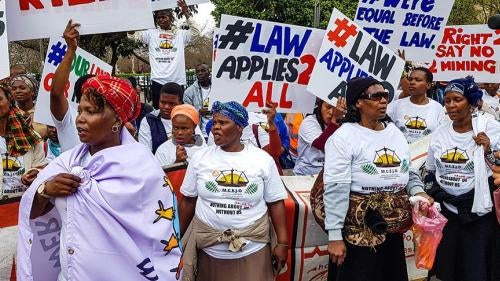 One year ago Fikile Ntshangase, an environmental activist from South Africa, was gunned down in her home in Somkhele in KwaZulu-Natal province, after raising concerns about a coal mine in the area. No arrests have been made.

Today, members of her community and of local environmental justice organizations took to the streets and sent a letter to South Africa’s government, calling for justice.

Environmental defenders such as Ntshangase have long faced threats for voicing their concerns about the extraction of coal and other climate-harming activities in South Africa. Human Rights Watch, in a 2019 report published jointly with groundWork, the Centre for Environmental Rights, and Earthjustice, documented how activists in mining-affected communities across the country have experienced threats, physical attacks, or property damage that they believe is retaliation for their activism.