(Ottawa) – Climate change is taking a growing toll on First Nations in Canada, depleting food sources and affecting health, Human Rights Watch said in a report released today. The Canadian government is not adequately supporting First Nations’ efforts to adapt to the mounting crisis and is failing to do its part to reduce the global greenhouse gas emissions that are driving it.

The 120-page report, “‘My Fear is Losing Everything’: The Climate Crisis and First Nations’ Right to Food in Canada,” documents how climate change is reducing First Nations’ traditional food sources, driving up the cost of imported alternatives, and contributing to a growing problem of food insecurity and related negative health impacts. Canada is warming at more than twice the global rate, and northern Canada at about three times the global rate. Despite its relatively small population, Canada is still a top 10 greenhouse gas emitter, with per capita emissions 3 to 4 times the global average.

The Climate Crisis and First Nations’ Right to Food in Canada

“Climate change is pushing increasingly dangerous levels of food poverty in First Nations,” said Katharina Rall, senior environment researcher at Human Rights Watch. “By flouting its emissions-reduction commitments, Canada is contributing to the global climate crisis that, within its borders, is being felt most acutely by Indigenous people who live off the land.”

In the three geographic locations studied, residents reported drastic reductions in the quantity of food they are able to harvest, and increased difficulty and danger associated with harvesting food from the land. These changes are being driven in significant part by climate change impacts on wildlife habitat, including changing ice and permafrost conditions, more and increasingly intense wildfires, warming water temperatures, changes in precipitation and water levels, and unpredictable weather. 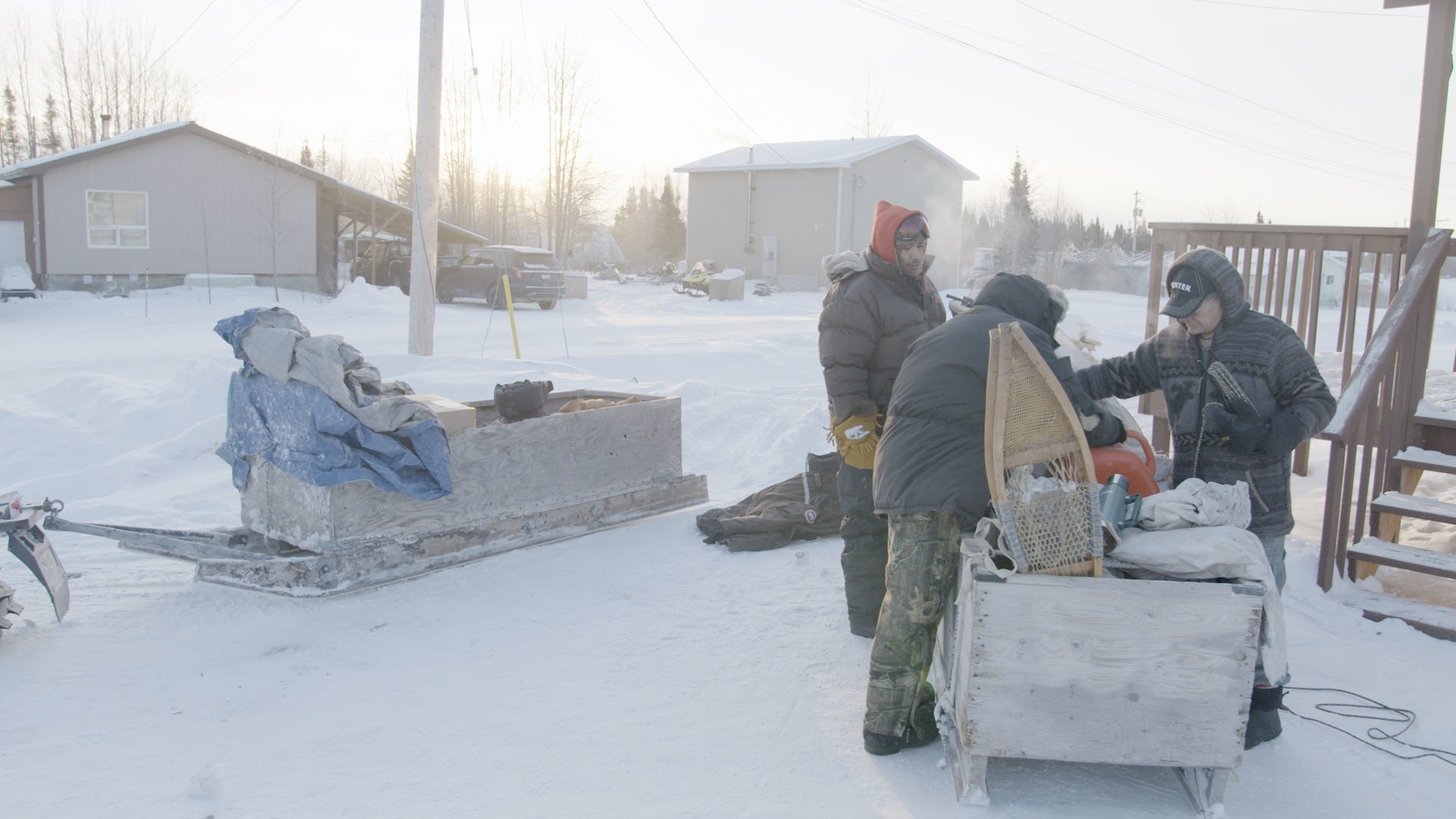 Life is getting harder for First Nations in some of the most remote stretches of Canada. Senior environment researcher Katharina Rall visited communities to learn how the climate crisis is impacting food, health, and land like never before, and how they are fighting back.

Households must supplement their traditional diet with more purchased food. But grocery stores are often remote and the prices for nutritious foods prohibitive. As a result, people said, they tend to eat more affordable but less nutritious foods, compounding existing health conditions resulting from historic marginalization and poor access to health care in rural and remote Indigenous communities. Children, older people, and people with chronic diseases are particularly affected. Some children go to school hungry, and some older people cut down on their food. People with chronic diseases often cannot afford to follow medically recommended diets. Access to adequate and sufficient food corresponding to cultural traditions is an essential component of the human rights to food and health.

Across the country, First Nations are working to address the impact of the climate crisis. Some maintain strong traditional food sharing networks, while others have created monitoring systems for climate change impacts on their environment. Yet, all these efforts require resources and capacity, which many communities lack, and the federal and provincial governments are not doing enough to support them, Human Rights Watch found.

Subsidies, health resources, and other resources needed to respond are often not available, insufficient, or do not reach those who need them most. The federal government’s Nutrition North program subsidizes transporting nutritious foods from registered southern retailers, but healthy store-bought food options remain financially out of reach for many in remote and northern communities.

Canada is also not doing its part to advance global efforts to address climate change. Canada has not set adequately ambitious carbon emissions reduction targets consistent with the goal of keeping global temperature rise below 1.5°C, in line with the Paris Agreement, and the government is not even on track to meet its own targets.

The federal government acknowledged that food security is a critical issue and that more work is needed to cut emissions and meet First Nations food security needs. But it has not clarified how it will curb emissions or concretely address climate-exacerbated food insecurity.

Provincial and territorial government responses varied. The Yukon territorial government has committed to monitoring and tracking food insecurity and acknowledged the need to address the unique impact on Indigenous peoples. Ontario’s government, by contrast, has cancelled numerous climate adaptation and mitigation programs that benefited First Nations.

British Columbia has collaborated with First Nations to develop a climate adaptation strategy but did not respond to requests for further information on the details of this strategy, due to be released this year. Neither Yukon, Ontario, nor British Columbia have made any significant progress in reducing their emissions.

“If Canada does not urgently scale up its efforts to reduce emissions, it will continue to fuel the global climate crisis that is already having an outsized impact on First Nations,” Rall said. “The government should also urgently provide financial and technical support to First Nations already facing the devastating impacts of climate change.”

“Climate change is really affecting First Nations right now. There is no food for animals to eat. The animals won’t be there for us to hunt.”

“I am concerned about the caribou. Already now there is less caribou [nearby].... They might have changed the route because of the wildfires.”

“My biggest fear of climate change [is] losing everything. Losing our tradition over the weathers, over melting ice. [I]f we lose what we have now, what will we have to show our children in the future?”

“There [are] a lot of kids who do not eat on the weekends. We have programs here where kids take food home for the weekend. Lots of schools have lunch programs but they do not offer traditional food.”

“First Nations peoples know what is wrong, and what is needed. Most are plagued with over-crowding, high unemployment rates, health issues such as diabetes. Any real solution to address the climate crisis and food poverty must protect First Nations’ traditional territories and traditional food sources. Canada needs to fund climate change adaptation projects so families can grow their own food and plan ahead for the future.”