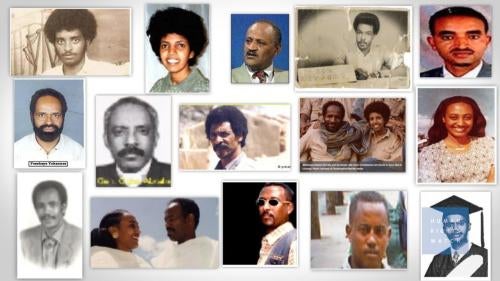 Eighteen years ago today, the Eritrean government began its chilling clampdown on those it perceived as critics, decimating the country’s budding independent press in the process. Eighteen years later, as Eritrea ends its diplomatic isolation, little has changed for its citizens.

In September 2001, the government arrested 11 high ranking government officials after they called on President Isaias Afewerki to hold elections and allow political parties. Eritrea, a one-party state, has not held national elections since independence in 1993, when Isaias came to power. The government then arrested 10 journalists who reported on the criticism and closed down privately owned media outlets. Onlyoneof the 21 people arrested has ever been seen again; reliable, yet unconfirmed, reports suggest at least 10 may have died while in detention.

These arrests triggered a wave of arrests and an era of repression that continues to date, where any criticism is prohibited and scores of political prisoners are subjected to appalling conditions and treatment, many held incommunicado.

The Eritrean government has normalized relationswith its neighbors after years of diplomatic isolation. But so far, it has shown no interest in allowingmuch-desired change at home.

Justlast September, Eritrean authorities arrested Abrehe Kidane Berhane, the former finance minister, after he publicly criticized Isaias and called for political reforms. He has not been heard from since.

Eighteen years have been lost for those in detention and for many other Eritreans – subjected to repression at home or forced to flee abroad – as highlighted in a 18-day campaign launched today by diaspora group “One Day Seyoum” using the hashtag #18StolenYears, aimed at highlighting the dire human rights situation in the country.

The government should listen to Eritreans’ call for reform and an end to abuses. It should begin by immediately releasing those imprisoned 18 years ago and the many other political prisoners.