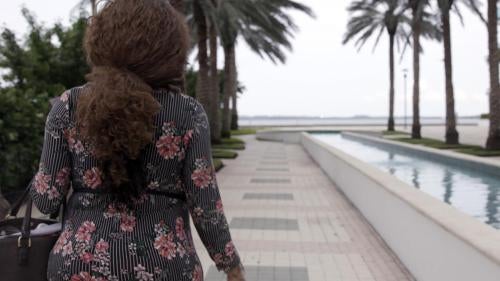 (Miami) – Florida fails to deliver basic HIV services to many transgender women, endangering their health and contributing to an uncontrolled HIV epidemic in the state, Human Rights Watch said in a report released today. Florida and federal HIV officials talk a lot about the importance of reaching “high risk” groups like transgender women. Human Rights Watch investigated whether the reality on the ground is matching the rhetoric – it isn’t.

The 88-page report, “‘Living at Risk’: Transgender Women, HIV, and Human Rights in South Florida,” documents the harmful impact of state and federal policies on transgender women in two Florida counties – Miami-Dade and Broward – that have the highest rates of new HIV infection in the United States. Many women interviewed said they experience disrespect, mistreatment, and in some cases, denial of services from government-funded clinics. Florida’s inaccurate and incomplete data collection on HIV among transgender people leaves them undercounted and excluded from government programs to address the epidemic.

“After decades of neglect, Florida and the federal government are still failing to address the HIV crisis in the transgender community,” said Megan McLemore, senior health researcher at Human Rights Watch and the report’s author. “Transgender women are struggling to find affordable health care, including HIV prevention and treatment, that respects their gender identity and where they feel safe.”

The Trump administration is attempting to roll back anti-discrimination provisions based on gender identity under the Affordable Care Act, part of a broader rollback of federal LGBT rights protections. Reversing existing legal protections could have devastating consequences for access to health care for transgender women. Nationally, one in four transgender women, and half of African-American transgender women, are living with HIV, compared with less than one percent of the US population as a whole.

Transgender women told Human Rights Watch that going to the doctor was often an ordeal. “Will [we] be safe in public, on the street, on the bus? And when [we] get there, how will [we] be treated?” one woman asked.

Florida, with the third-highest rate of HIV infection in the country, receives millions of dollars annually in federal funding for HIV prevention and treatment. There is no shortage of HIV clinics in Miami-Dade or Broward Counties, but state and federal HIV policy fails to protect transgender people from discrimination in these settings, limiting options for treatment. The federal Ryan White HIV/AIDS program, the primary vehicle for government funding of HIV services and medications, contains no requirements or standards for transgender-related care. Few clinics offer transition-related care along with HIV services, an integrated approach that public health experts consider vital to reducing HIV risk and improving outcomes for transgender women living with HIV.

“No one should have to choose between being who they are and getting life-saving medications,” said McLemore.

Failure to collect accurate data also impedes the government response. Transgender women are frequently miscategorized as men who have sex with men, leaving them largely invisible, undercounted, and excluded from many programs intended to reduce infection among populations at risk. The federal Centers for Disease Control and Prevention has made recommendations to the states for improving data collection among transgender people, but has left implementation to the states. Florida HIV officials are taking steps to address the problem, but acknowledged that the information they are working with is incomplete.

In the absence of explicit state or federal legal protection, many transgender people face job discrimination. Most of the women interviewed were unemployed and living in extreme poverty – 63 percent reported annual incomes of less than US$10,000. Nearly half had no health insurance. Florida’s refusal to expand Medicaid contributes to the state’s increasing rates of HIV among many groups, including transgender women.

Some transgender women engage in sex work to survive. Nearly half of women interviewed said they had exchanged sex for money, drugs, or life necessities in the last year and 40 percent had been arrested at least once. In addition to increased HIV risk from clients or partners, a criminal record perpetuates a cycle of unemployment and poverty.

Violence also increases HIV risk, and jails and prisons are dangerous places for transgender people. Nationally, one-third of transgender women in detention report assault by other prisoners or staff. One transgender woman said that her experience in the Broward County Jail was a “nightmare” of abuse, harassment, solitary confinement, and refusal by the facility to acknowledge her gender identity.

Florida’s criminal laws impose enhanced penalties for engaging in prostitution while knowingly HIV-positive. But public health experts have found that laws that target people living with HIV are unnecessary, stigmatizing, and counterproductive as they may discourage HIV testing and disclosure.

“Transgender women are identified by government as a high-risk population,” McLemore said, “But government neglect contributes to that risk. Thirty years into the HIV epidemic, neither the federal nor the state government knows how many transgender people are living with HIV, how many are struggling to get care, and how this situation affects the health of the broader community.”