Côte d’Ivoire’s President, Alassane Ouattara, should do more to fulfill his promise of justice for victims of the country’s 2010-11 post-election crisis, 11 national and international human rights groups said today in a joint letter to the president.

Ouattara, who was sworn for his first term seven years ago, has said repeatedly that, “there will be no impunity in Côte d’Ivoire.” But no one has been held accountable in Ivorian courts for the war crimes and likely crimes against humanity committed during the crisis.

“Seven years after the serious crimes committed in Côte d’Ivoire, victims are still waiting for justice,” said Drissa Traoré, Vice President of the International Federation for Human Rights (FIDH). “Midway through his second term, President Ouattara should keep his promises to deliver impartial justice, so essential to sustainable peace in Côte d’Ivoire.” 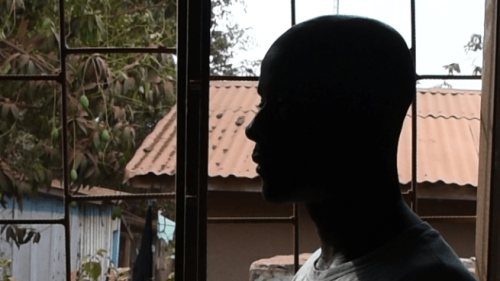 The 2010-2011 crisis began when then-incumbent president, Laurent Gbagbo, refused to cede power to Ouattara following the November 2010 presidential elections. In the resulting five months of violence and armed conflict, at least 3,000 people were killed, and more than 150 women raped. Armed forces on both sides targeted civilians based on political – and at times, ethnic and religious – affiliation.

Soon after his May 2011 inauguration, Ouattara made a commitment to ensure impartial justice, stating: “Justice will be the same for all…There is no exception, there is no discrimination, the law is the same for everyone.”

Ouattara initially asked the International Criminal Court to investigate crimes committed during the post-election crisis. The ICC in 2011 indicted Gbagbo and Charles Blé Goudé, his former youth minister, who are both currently on trial in The Hague.

In April 2015, however, Ouattara changed course, stating that all future trials would be held in Côte d’Ivoire. At the same time, he assured victims that: “Everyone responsible for atrocities will be tried…I find it unacceptable that people who killed, who burned people to death, or who raped women, continue to behave as if they are angels, as if they did nothing wrong.”

So far, however, while a special investigative unit, the Special Investigative and Examination Cell, has charged dozens of military and civilian officials with crimes against humanity or other human rights crimes, none of these officials have yet faced trial.

The only trial in Côte d’Ivoire for war crimes or crimes against humanity has been of Gbagbo’s wife, Simone, who Ouattara refused to transfer to the ICC. She was acquitted by an Ivorian court in March 2017 after a trial marred by due process concerns and the inadequacy of the prosecution’s investigation.

Victims increasingly believe that the Ivorian government, and Ouattara himself, lack the political will to support trials, particularly for the pro-Ouattara commanders whose troops are credibly implicated in numerous cases of sexual violence and targeted killings during the post-election crisis. In April 2018, reports emerged that a law may be prepared inside the Ivorian presidency that would provide amnesty to those responsible for abuses during the post-election crisis.

Human rights groups said that any amnesty would directly contradict Ouattara’s repeated promises to victims, and would breach the many international instruments that protect victims' right to justice, including the African Charter on Human and Peoples’ Rights. They urged Ouattara to offer Ivorian judges the support they need to complete their investigations and to hold fair and credible trials, including by completing the exhumation of mass graves, which will be key evidence in some of the post-election crisis’ worst abuses.

“After years of President Ouattara’s promises, his credibility will be severely undermined if he obstructs Ivorian judges’ efforts to hold accountable those responsible for killings and rape during the post-election crisis,” said Mausi Segun, Africa director at Human Rights Watch. “Ivorian victims, who have already waited seven years for justice, deserve to see those responsible for the crimes against them and their loved ones brought to trial.”