“This used to be our home but it’s not anymore.”

A Simferopol resident, who asked not to be identified for safety reasons, told us this when we spoke with her in Crimea, the Ukrainian peninsula that Russia has occupied since February 2014. After three years, she no longer feels at home in the place where she grew up.

Since occupying Crimea in February 2014, the Russian authorities have been ruthlessly suppressing dissent and creating an environment of deep fear and hostility. Those who criticized Russia’s occupation have been  subjected to enforced disappearances, murdered, slammed with trumped-up criminal charges or banned. Three years later, most independent media and rights activists have had to leave Crimea.  The few who remain are under increasing pressure from the authorities.

This human rights crisis is palpable for most of the dozen people we interviewed in Crimea in mid-April. But the outside world rarely hears about it, because Russian authorities have made comprehensive human rights monitoring almost impossible there. The cumbersome bureaucracy involved in getting the Ukrainian government’s permit to travel to Crimea doesn’t help matters either.

In Crimea we saw and felt the menacing atmosphere after so many independent and critical voices have been silenced.

Since 2014 we’ve documented the harassment of pro-Ukraine activists and the Crimean Tatar community—a predominantly Muslim ethnic minority that is indigenous to the Crimean Peninsula and that has actively and peacefully opposed Russia’s occupation. The harassment continues but people outside Crimea don’t hear about it. We also found evidence that the few residents of Crimea who did not take Russian citizenship face continued discrimination in employment, education and health services, something the UN has also reported.

Discrimination against residents who do not have Russian passports 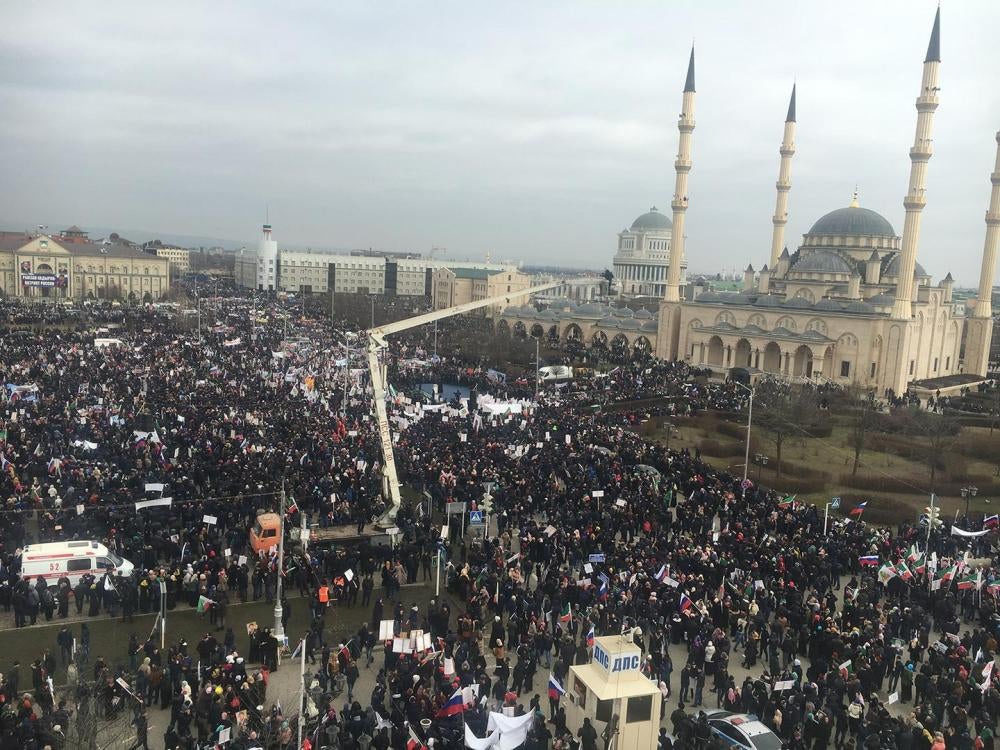 To be sure, many Crimean residents took Russian citizenship because they genuinely wanted it. But many people we spoke to ended up accepting Russian citizenship – or obtaining a Russian permanent residence permit – out of necessity to be able to afford health care or to keep or seek a job.

Access to health insurance in Crimea is contingent upon having a Russian passport or a permanent residence permit. The Russian government says it didn’t force anyone to take Russian citizenship, but the reality is that residents were never given a free and fair choice. Despite the coercion, some people refused to apply for Russian citizenship or – like several members of Crimean Tatar community we interviewed – maintained a principled position of taking no action with regard to their citizenship.

A few of the people we interviewed who chose not to or were unable to get Russian citizenship said that they can’t afford private health care and have to either travel to mainland Ukraine or ask friends and acquaintances who are medical professionals to help them get care or buy medications.

A few people without Russian passports told us they were denied medical treatment because they did not have health insurance. A doctor in Simferopol told us that his 25-year-old daughter who did not have a Russian passport, fell ill a year ago. She did not get timely medical care because she did not have health insurance. Within two weeks, her condition deteriorated rapidly. When she was finally hospitalized, she died after several hours. A Ukrainian passport holder said that when he developed pneumonia in 2016, he was unable to get medical treatment because he had no insurance or enough money to get private medical care. He finally sought medical advice from a friend of his who is a doctor.

Employers are reluctant to hire workers who do not have Russian passports – which can partially be explained by a painful bureaucratic procedure involved in hiring a foreigner. In some cases, employers have pressured workers to obtain Russian passports by threatening to fire them if they didn’t.

Several people told us that they had been fired or demoted for being too vocal in expressing their “anti-Russia” views. Leonid, whose last name is not being used for his protection, a teacher in Simferopol, said that in March 2015 the school where he had taught history for several years learned that he had participated in a pro-Ukraine rally. The school administrators told him to resign.  He refused, and was fired the next day. Despite his efforts, Leonid was unable to find another teaching position in Crimea. The daughter of a Crimean Tatar activist who is currently under criminal investigation told us that her employer demoted her after learning that her father was critical of Russia’s actions in Crimea.

In three years, the number of students in Crimea in classes with Ukrainian as the language of instruction plummeted from 13,589 in 2013 to 371 in 2016, according to a report by the Crimean Human Rights Group, an independent organization, citing the data from Crimea’s Education Ministry.

We spoke to parents of children who said that officials of the schools their children attend pressured them not to enroll their children in classes with Ukrainian as the language of instruction, and then cut those classes from the curriculum because there allegedly were not enough pupils. One man told us his two children had to stop their education in the Ukrainian language in Simferopol. His son was about to start 9th grade in a Ukrainian language class, the man said, when in September 2014, his class was divided into two smaller Russian-language classes. He sent his son to a school in Lviv, in western Ukraine, so he could finish his education in Ukrainian. His daughter finished two years in a class taught in Ukrainian. But in September 2014, several Russian-speaking children from eastern Ukraine were added to the class and the school administration made it a Russian-language class. These days, the man’s daughter is receiving her education in Russian.

The issue of school instruction in Ukrainian language in Crimea reached the International Court of Justice, the highest justice arm of the United Nations. On April 19, the court issued an injunction on a case Ukraine filed against Russia, alleging that Russia was conducting a “cultural erasure” campaign in Crimea, including by restricting Ukrainian language schools. The court noted that such restrictions could “lead to irreparable prejudice to the rights of ethnic Ukrainians in Crimea,” and ordered Russia – unanimously – to “ensure the availability of education in the Ukrainian language.  A final ruling on the merits is pending.

Ukrainian language education is one of the many issues of concern for the Ukrainian Cultural Center, an informal group of Simferopol residents. We met with some of its members, who gather regularly in a tiny room with a few chairs to hold discussions in the Ukrainian language about Ukrainian culture and history. They said that local law enforcement closely watch and issue warnings to the center’s founders and members to intimidate them into stopping their peaceful cultural and political public actions. One of the founders had to flee to mainland Ukraine in 2016 because of a criminal case against him in Crimea. His family’s apartment was searched.

As an occupying power, Russia has obligations under international law to ensure public order and safety in Crimea while respecting, unless absolutely prevented from doing so, Ukraine’s laws in force prior to March 2014. Russia is also obligated to uphold international human rights law in Crimea. But instead, Russia is violating its obligations as an occupying power. It is isolating Crimea from international scrutiny, carrying out abuses, and causing unnecessary suffering for many Crimean residents, affecting their liberty, health, access to employment and education, among other rights. Russian authorities should take urgent steps to protect people who live in the territory under their control and allow access for international organizations and human rights monitors to Crimea.