(Erbil) – Procedural changes for authorizing airstrikes in Iraq raise concerns about the protection of civilians, especially following airstrikes in Mosul on March 17, 2017, that allegedly caused dozens of civilian deaths, Human Rights Watch said today. The United States-led coalition fighting the Islamic State (also known as ISIS) in Iraq should make public the detailed findings of its investigations into the attack. The coalition should ensure that serious violations of the laws of war are appropriately referred for criminal prosecution and that civilian victims or their families receive adequate redress. Previous coalition investigations have not released detailed information on their process, findings, or any disciplinary or compensatory measures taken.

On March 25, international media outlets reported that coalition airstrikes on the New Mosul neighborhood of west Mosul killed up to 200 people. The press desk of the US-led coalition, the Combined Joint Task Force – Operation Inherent Resolve, confirmed that the coalition had “struck ISIS fighters and equipment,” in the area on March 17 and said that it had opened a formal investigation. However, on March 26 the Iraqi army denied that the coalition was responsible for the civilian casualties, claiming that they resulted from improvised explosive devices (IEDs) laid by ISIS. It did not release any footage or imagery from the site.

“The coalition should thoroughly and transparently investigate the dozens of civilian deaths, and in the case of wrongdoing, hold those responsible to account,” said Lama Fakih, deputy Middle East director at Human Rights Watch. “The high number of civilian deaths in recent fighting, as well as recent announcements about changed procedures for vetting airstrikes, raise concerns about the way the battle for west Mosul is being fought.”

In December 2016, the US-led coalition spokesperson, Air Force Col. John Dorrian, confirmed to the media that a US directive that month had reduced the number of steps required for some coalition troops to authorize and clear coalition airstrikes. He stated that the principal change removed the requirement for the coalition’s “strike cell” in Baghdad to clear individual strikes.

Human Rights Watch interviewed three civilians who had been in the vicinity of the March 17 attack at the time, two of whom were wounded in the attack. A person who was in the attacked homes until two days before the attack said by phone that on March 9, ISIS fighters told him and at least 45 families living in a four-block area in New Mosul to leave the area without providing a reason. His and his brother’s families moved to a very large, three-story home of a friend, about 200 meters away. By March 15, about 140 people had arrived at the house, he said, with many families staying in the basement’s two rooms, each about 4 by 5 meters.

Because the home was overcrowded, he moved his family that day, to another friend’s house in the neighborhood. Up until that point, he had not seen anything to suggest that ISIS had booby-trapped the large home, but he saw that ISIS fighters had broken holes between the walls of this and neighboring homes and were using them to move between buildings.

He said he heard heavy explosions from March 15 to 22 and did not go outside. He remembers hearing a particularly large explosion at about 8:30 a.m. on March 17, as well as aircraft overhead. On March 23, he went to the large home to check on his brother’s family, and found the home had been completely destroyed. Neighbors who said they witnessed the strike told him that a munition had destroyed it on the morning of March 17. Another house next door had been destroyed, and a third had been damaged.

For the next five days, he helped rescue workers pull bodies from the rubble of the large house, and on March 25, found his brother’s body. He said that he and rescue workers pulled at least 100 bodies from the rubble, and that relatives had come to the area looking for another 37 people whom they had not yet found. He said they had pulled out only one survivor, a local resident who was being treated in Erbil.

Human Rights Watch interviewed the survivor in Erbil on March 28. He said that on March 17, at approximately 8:15 a.m., he saw one ISIS fighter passing through the building, and that the building was then struck, he believed from the air. The owner of a smaller home damaged in the attack told Human Rights Watch that at about 9 p.m. on March 16, an ISIS fighter told him and the owner of the big home next door that everyone should evacuate the building and go deeper into ISIS territory before morning. The people inside the home were preparing to evacuate in the morning when, he said, there was a big explosion, wounding him and killing four family members.

Coalition investigators had not contacted any of these individuals at the time Human Rights Watch spoke to them.

A commander with the Iraq Counter Terrorism Service told Human Rights Watch on March 26 that he had inspected the site where “the massacre took place.” He said there were signs of TNT and other explosives at the site, and that the damage was not consistent with an airstrike, but instead an internal explosion.

In the case of US strikes, US forces, including those under US Central Command, routinely investigate civilian casualties caused by US forces following a credibility assessment under US Army Regulation (AR) 15-6. Central Command oversees the US-led coalition.

The coalition should ensure that it makes public the findings of its investigations into attacks causing civilian casualties and, if it finds serious violations of the laws of war, should refer those responsible for appropriate criminal prosecution. The findings should include information on accountability measures taken, with explanations, and the redress provided to victims or their families. In the past, Central Command investigations under AR 15-6 into civilian casualties have not provided this information, nor has recent coalition reporting on investigations. The investigation should not rely solely on internal, assessments from air forces involved, which may underreport civilian casualties, but seek direct testimony from survivors, Human Rights Watch said.

The Armed Service, Foreign Relations, and Intelligence Committees of the US Congress should request regular and timely briefings into strikes by coalition forces and any investigation under way to obtain greater clarity into the manner in which the coalition conducts strikes and the process through which it investigates casualties.

ISIS has continued to carry out atrocities that amount to war crimes in Mosul. The laws of war apply to all sides in the fighting in Iraq, including ISIS, and require the parties to the conflict to take constant care during military operations to spare the civilian population and to “take all feasible precautions” to avoid or minimize the incidental loss of civilian life and damage to civilian objects. ISIS should cease putting civilians at risk by forcing them to accompany fighters, including into areas of active combat. Using civilians as human shields is a war crime. 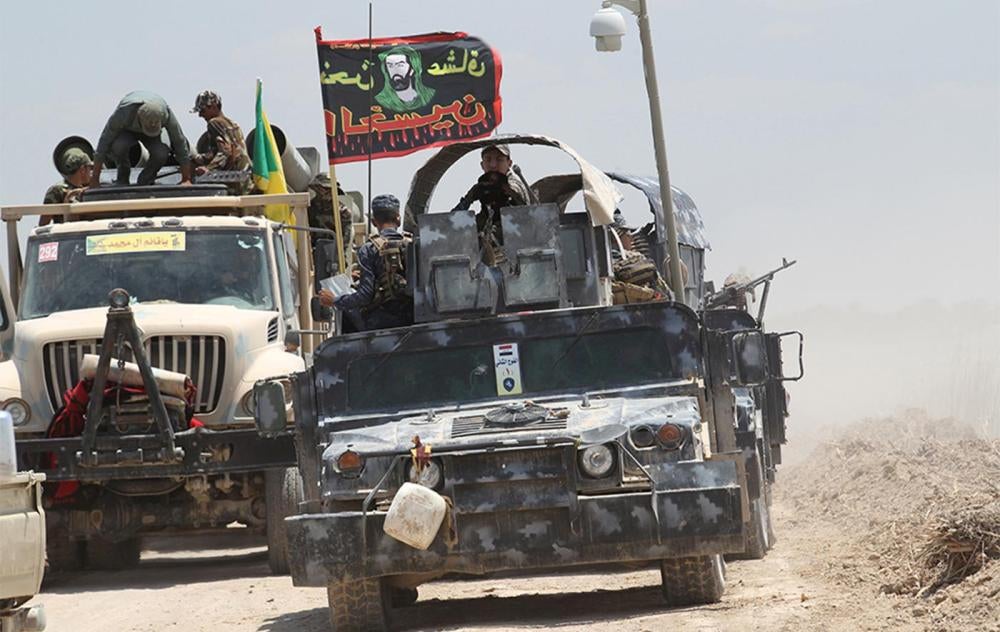 In Iraq, clashes with ISIS intensified in 2016, operations to retake Mosul displaced more than 45,000 Iraqis, and credible allegations emerged of summary executions, beatings of men in custody, and enforced disappearances.&#13;


“Making it easier to call in airstrikes will almost necessarily afford civilians fewer protections from being injured or killed, increasing the danger to the very people these operations are supposedly meant to protect,” said Fakih.

Changes in the Authorization Process

The US Defense Department spokesperson, Capt. Jeff Davis, told the New York Times on March 24: “There’s been no loosening of the rules of engagement.” He did not address these other changes that could place civilians at greater risk, Human Rights Watch said.

Whether coalition members consider these to be changes in the rules of engagement or merely procedural changes, the net effect appears to be that coalition aircraft are now able to conduct strikes in densely populated areas with less information and time to ascertain the number of civilians who may be injured or killed, fewer measures to verify the target, and fewer recommendations about the appropriate ordnance to use. This increases the likelihood of civilian casualties in an attack.

It is also unclear how the coalition vets and verifies information received from various coalition partners that are requesting strikes before authorizing a strike, and how the new directives may have changed this procedure. Trained terminal attack controllers maintain the authority to clear strikes and release ordnance, but reliance on erroneous information may contribute to civilian deaths.

In addition, since the operation to retake west Mosul began, Human Rights Watch has documented Iraqi forces’ use of inherently indiscriminate improvised rocket-assisted munitions and heavy artillery in civilian-populated areas. The willingness to use such weapons in civilian-populated areas suggests that the Iraqi government is also taking fewer precautions to protect civilian life.

Beyond outright violations of the laws of war, an easing of the rules of engagement, or equipment malfunction, higher civilian casualties could also stem from the increased tempo of the battle against ISIS, and the high civilian population density of the areas where the battle is being fought, Human Rights Watch said. These concerns are particularly acute when fighting occurs in urban areas where the location of civilians is not easily known without exhaustive surveillance. Even then, civilians may not be seen. The risk of this is heightened given that ISIS is known to use civilians as human shields.

Coalition and Iraqi commanders can immediately take several steps to reduce the risk of civilian casualties, Human Rights Watch said. All armed forces are prohibited from conducting indiscriminate attacks and should not use explosive weapons with wide-area effects in populated areas. Commanders should, where possible, limit the use of indirect fires (mortars, artillery, and rockets) not using precision-guided munitions, and select weapons and specific ordnance to minimize civilian casualties to the maximum extent possible. Terminal attack controllers should be required to maintain the highest level of direct control over each strike, including both visually acquiring the target and attacking aircraft.

Commanders should closely review all requests for air and artillery strikes to ensure that all targets are legitimate military objectives and that the strikes would not cause disproportionate civilian harm compared with the expected military gain. Information regarding the target, the target area, and the presence of civilians or civilian objects should be verified using all available means, including by visual confirmation and the use of various intelligence, surveillance, and reconnaissance platforms.

In recent weeks, there have also been reports about aerial attacks by US or other coalition forces in Syria resulting in possibly significant civilian casualties. On March 16, US forces struck a mosque near al-Jinah in Syria’s Aleppo governorate, killing dozens of people. While US authorities said that the attack targeted and killed members of Al-Qaeda, residents told Human Rights Watch that the attack killed civilians. On March 21, an airstrike hit a school near Raqqa killing dozens of civilians who had sought shelter in the school, according to local activists and monitoring groups. The US-led coalition has said that it conducted attacks against ISIS near Raqqa on March 21.

According to the New York Times, in January the Trump administration stated that it loosened the rules of engagement in at least three governorates in Yemen, declaring parts of them “areas of active hostilities” and rapidly scaled-up US operations against Al-Qaeda in the Arabian Peninsula in the ensuing weeks. The Trump administration is also considering scaling-up or lifting restrictions on US support to the Saudi-led coalition in its military campaign against the Houthi armed group in Yemen, according to the Washington Post.