(New York) – The United States Senate should vote against the confirmation of Senator Jeff Sessions as Attorney General of the United States, Human Rights Watch said today. The senator’s record raises fears that Sessions would be unwilling to enforce crucial US laws protecting rights, and might instead seek to undermine them. His statements at his confirmation hearing on January 10, 2017, today failed to alleviate these concerns.


“Confirming Senator Sessions as Attorney General would likely put the Justice Department out of the business of civil rights enforcement,” said Maria McFarland Sanchez-Moreno, co-director of the US Program at Human Rights Watch. “His repeated promises at his confirmation hearing to uphold US legal protections aren’t sufficient to overcome years of statements, votes, and policy positions that suggest Senator Sessions can’t be trusted to protect the rights of all in the United States.”

Sessions answered questions about his record at a US Senate Judiciary Committee hearing on his nomination; additional witnesses are expected to testify on January 11. In his initial statement and when pressed by senators on his record, Sessions repeatedly emphasized that he would respect and follow existing laws. However, his words, when contrasted with his long list of problematic statements, votes, actions, and policy positions, fell short of suggesting that he would vigorously enforce civil rights protections instead of allowing existing enforcement tools to gather dust. Some of his statements heightened existing concerns about his position on rights.

Under the US attorney general’s leadership, the US Department of Justice plays a pivotal role in enforcing rights protections at all levels of government. It has, for example, taken a leading role in securing the desegregation of public schools, enforcing measures to ensure universities fight campus sexual assault, and combating discrimination by police departments, including its investigation in Ferguson, Missouri. It is essential that anyone considered for the position of attorney general have a strong commitment to the vigorous protection of rights, not merely a grudging willingness to accept them as the law of the land.

If confirmed, Sessions would become the nation’s premier law enforcement official, responsible for enforcing federal law in a broad range of areas including immigration, criminal justice, civil and voting rights, LGBT equality, gender equality, and counterterrorism. At the same time, he would have tremendous power to engage in or allow abuse, through his ability to take advantage of the vast surveillance, investigation, and enforcement powers of the Federal Bureau of Investigation, the Drug Enforcement Administration, and other agencies.

Sessions’ record gives ample reason to doubt that he would vigorously enforce existing legal protections for rights. These are some of the most troubling aspects of his record, which Sessions failed to adequately address during the hearing: 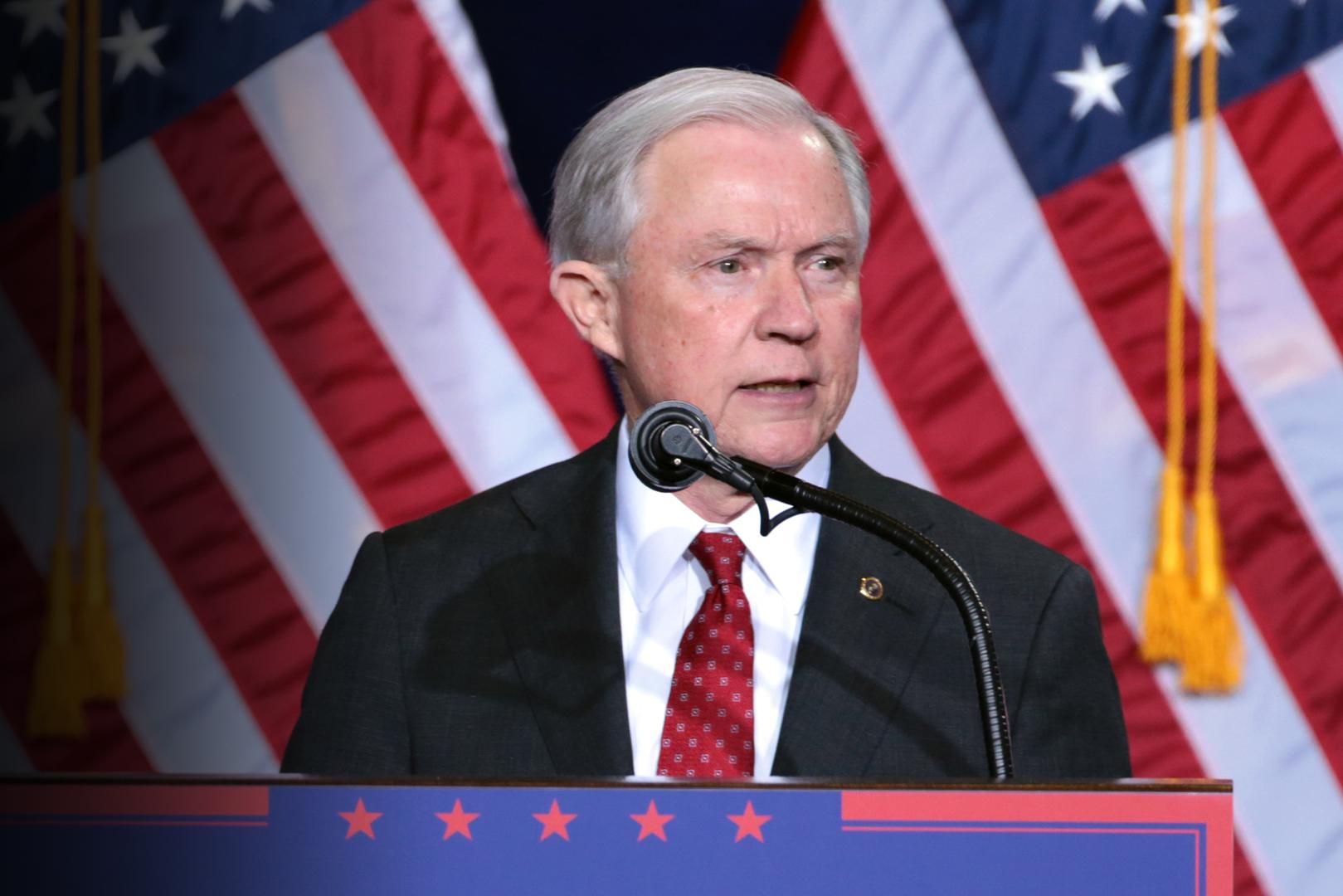 Speak out and #StopSessions from becoming US attorney general.&#13;

Sessions called the Voting Rights Act a “piece of intrusive legislation” and opposed restoring portions of the law struck down by the Supreme Court in Shelby County v. Holder. In his hearing, he spoke positively about the act, but did not address the discrepancy with his prior statements. He has expressed opposition to the use of lawsuits, judicial rulings, and “consent decrees” as valid law enforcement tools to protect civil rights and reform government institutions such as discriminatory law enforcement agencies.

Sessions has consistently opposed comprehensive immigration reform that would address serious rights failures within the US immigration system and affirmed his continuing opposition to President Barack Obama’s action to protect young people brought to the US as children from deportation. Sessions supported Alabama’s HB 56, a discriminatory law that stripped legal protections from immigrants, encouraged racial profiling, and deterred immigrant children from attending school.

Sessions has been a staunch proponent of the death penalty, which Human Rights Watch opposes in all circumstances, even in cases involving intellectual disability. He has a long history of supporting extremely harsh mandatory minimum sentences and of favoring overly aggressive enforcement of drug laws. He led an effort against a bipartisan sentencing reform act that would have allowed judges some more discretion on sentencing. Despite the serious harm caused by the criminalization of drug use in the US, he has criticized past attorneys general for not vigorously enforcing federal laws prohibiting marijuana in states that have legalized the drug.

Sessions was asked whether waterboarding was torture. He responded that Congress had recently enacted a law making waterboarding illegal and improper, but he did not say whether it was torture. In previous statements, however, he refused to describe waterboarding as torture, or to rule it out in all circumstances. Sessions was one of only nine senators to vote against the 2005 Detainee Treatment Act, which barred the use of torture against detainees in US custody and required the military to use only those techniques listed in the US Army Field Manual when conducting interrogations. He also was one of 21 senators to vote against a 2015 law, sponsored by US Senators John McCain and Dianne Feinstein, that extended the requirement that only the Army Field Manual, which specifically prohibits waterboarding and other forms of torture, be used in interrogations to other US agencies and mandated that the International Committee of the Red Cross get prompt notice and access to detainees.

Sessions supported the George W. Bush-era warrantless wiretapping initiative known as the Terrorist Surveillance Program. He was also a vocal opponent of the USA FREEDOM Act, which ended the National Security Agency’s blanket gathering and storage of Americans’ landline telephone call records and which was supported by the Director of National Intelligence and the attorney general.

Sessions has voted against multiple efforts to address the pay gap between women and men and opposed numerous bills protecting reproductive rights, including Title X funding, which supports family planning and preventive health services for low-income women. He was one of a few senators who voted against the 2013 reauthorization of the Violence Against Women Act. In response to questioning, Sessions recognized Roe v. Wade as established law but said he believes it violates the US Constitution. This suggests he would not aggressively use the tools of the Justice Department to defend against attacks on reproductive rights, including enforcing federal law protecting health care providers from violence.

Sessions voted for a constitutional ban on same-sex marriage and opposed a law providing workplace discrimination protections for LGBT people.

In addition to these concerns, at the hearing Sessions made statements supporting the continued use of the detention facility at Guantanamo Bay, where the US has held individuals in indefinite detention, without charge or trial, for the past 15 years. He also appeared to allude to the possibility of prosecuting journalists who report on US intelligence matters; such prosecutions would have a serious negative impact on press freedom.

“Given his record and performance during the hearings, we are deeply concerned that as attorney general, Senator Sessions would pose a real threat to people’s rights across the US,” said McFarland. “We urge senators to reject this nomination and reaffirm a commitment to fairly enforcing laws that protect dignity, equality and human rights for all.”