(Brussels) – Journalists in the Western Balkans work in a hostile environment that directly affects their ability to do critical, independent reporting essential to a democratic society, Human Rights Watch said in a report released today. Authorities in Bosnia and Herzegovina, Kosovo, Montenegro, and Serbia should take immediate steps to create safe working conditions for the media and to end impunity for crimes against journalists.

The 69-page report, “A Difficult Profession: Media Freedom Under Attack,” documents physical attacks and threats, including death threats, punitive lawsuits, and smear campaigns targeting journalists in Bosnia and Herzegovina, Kosovo, Montenegro, and Serbia. The report is based on interviews with 86 journalists, most of whom report on sensitive issues such as war crimes and corruption, in the four Western Balkan countries. Human Rights Watch also documented several cases of cyberattacks against online media outlets critical of the governments. None of the countries are adequately investigating or prosecuting the attacks on journalists, Human Rights Watch found.

“The Western Balkan countries have been touting their move toward democracy for two decades, but intimidation and attacks on journalists puts a damper on democracy,” said Lydia Gall, Balkans and Eastern Europe researcher at Human Rights Watch. “The EU should push the Western Balkan countries to call a halt to intimidation and prosecute crimes against journalists as part of the EU membership negotiation process.” 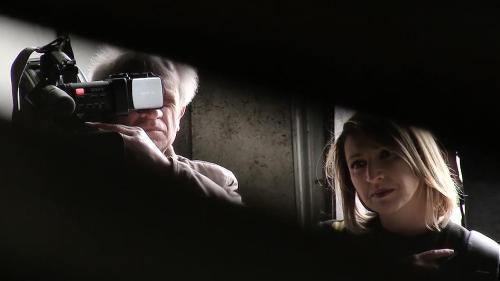 Authorities in the Western Balkan countries have an obligation to protect journalists and create a safe environment where they can freely report without government interference, Human Rights Watch said. This is particularly crucial in a fragile region like the Western Balkans, with its recent history of violent wars in which authorities used the media as a propaganda tool. While much has changed, the atmosphere for media in many parts of the Western Balkans is still characterized by danger and hostility rather than improving as part of the region’s democratic development, Human Rights Watch found.

Štefica Galić, editor-in-chief of an online news site in southern Bosnia and Herzegovina, was violently assaulted on the street in 2012 as she prepared to screen a documentary about her late husband, with whom she had saved Bosnian Muslims from being deported to concentration camps during the war. In the days before the attack, Galić had reported death threats but the police had told her not to take them seriously.

The authorities investigated the assault, only after international organizations intervened. A woman working in the local government was finally convicted of the attack in October 2013 and given a three-month suspended sentence. The case is under appeal. Galić continues to receive frequent threats.

Human Rights Watch documented a pattern, in Bosnia and Herzegovina, Montenegro, and Serbia, of high ranking officials, including Prime Minister Milo Đukanović of Montenegro and President Milorad Dodik of Republika Srpska in Bosnia and Herzegovina, suing journalists and media outlets for defamation in civil courts. These lawsuits appear to be an effort to punish critical media outlets financially and keep journalists in court rather than out doing their jobs, Human Rights Watch said.

Journalists reporting on sensitive issues have been the subjects of smear campaigns in pro-government media. A pro-government daily newspaper accused one journalist in Kosovo of being a Serbian spy and said she had “shortened her life” by reporting on whether local governments had carried out their campaign promises.

Women journalists have been the target of offensive stories using sexually explicit language. A pro-government newspaper in Montenegro referred to one female journalist as “a prostitute.” Human Rights Watch documented cases where current affairs TV talk-shows in Serbia were left little choice but to go off the air due to what journalists described as pressure from political elites. In Serbia and in Bosnia and Herzegovina, political interference also includes arbitrary financial and administrative inspections of media outlets in connection to critical reporting.

The four Western Balkan countries are at various stages of membership negotiations. To qualify for EU membership, the countries need to fulfil certain membership criteria, which include respect for freedom of expression.

“If the EU is serious about its own membership criteria it should make respect for media freedom a priority in its negotiations with Bosnia and Herzegovina, Kosovo, Montenegro, and Serbia,” Gall said. “If these countries want to join the EU, their journalists shouldn’t have to risk their lives and reputations to do their jobs."