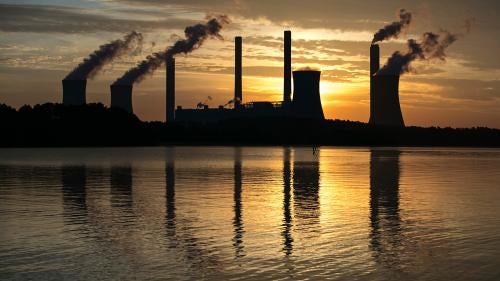 On the eve of COP27, in Sharm El-Sheikh, Egypt, a technical body proposed recommendations for regulating removals as part of a new global carbon market. By failing to establish baseline human rights safeguards for carbon offsetting projects involving removals, the proposal would give national governments considerable leeway to establish their own rules. Further, the proposed recommendations, which would have to be approved by consensus by states parties, fail to guarantee trades in the market represent permanently removed carbon.

“State parties have been experimenting with carbon offsetting for nearly two decades, with a deplorable record for people and the planet,” said Richard Pearshouse, environment director at Human Rights Watch. “If carbon markets are to continue, governments negotiating them need to ensure that they adopt strong rules that confront climate change and protect human rights.”

Carbon markets refer to trades in carbon credits, which are supposed to represent carbon dioxide that has been removed from (removals) or prevented from being emitted into (reductions) the atmosphere by forest conservation or clean energy projects, among others. Many corporations and governments purchase carbon credits to claim they ‘offset’ their own pollution, despite damaging environmental and social impact of carbon offsetting projects.

Drafters of the 2015 Paris climate agreement put forward the idea for a “Sustainable Development Mechanism” to certify the validity of carbon credits and link the numerous national and subnational markets into one global carbon market.

These existing markets, which are worth billions of dollars, are plagued by problems, including carbon offsetting projects that violate the rights of Indigenous peoples and local communities by displacing them from their lands. Many carbon credits traded in those markets do not actually represent permanently removed carbon or avoided emissions. These “hot air” credits undermine climate action when they are used to “offset” pollution, as no overall emissions reductions actually take place.

At COP26 in 2021, the Paris Agreement state parties tasked a technical body to draft rules for the operations of the Sustainable Development Mechanism and mandated them to begin by proposing recommendations for removals, including how these may avoid “negative environmental and social impacts.” This was the proposal the technical body put forward, on November 6, 2022.

Instead of requiring carbon offsetting projects to meet a baseline of human rights or environmental standards globally, it would allow considerable leeway for national governments to write their own rules.

This proposal risks driving a “race to the bottom,” Human Rights watch said. Jurisdictions with fewer or no human rights or environmental requirements for carbon offsetting projects involving removals would be able to lure in investors, who are already pledging substantial sums towards carbon markets.

Safeguards should serve as a robust baseline applicable to all carbon offsetting projects globally, with national governments able to impose additional but not fewer conditions, Human Rights Watch said.

The proposal will be put to government representatives of countries that are party to the Paris Agreement, who will consider them and decide by consensus on next steps. States parties should reject this proposal and review the mandate they created for the technical body, requiring the technical body to instead propose rules for the overall operations of the Sustainable Development Mechanism, Human Rights Watch said.

“These recommendations ignore the lessons we have learned from preceding carbon markets that have undermined efforts to cut emissions and failed to protect rights, and should be rejected,” Pearshouse said. “Governments at COP27 should require the technical body to recommend a solid architecture for this new global carbon market including substantial human rights safeguards and an effective grievance redress system, if it is to come into existence.”