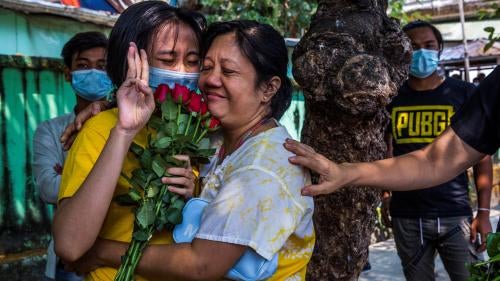 From Cuba to Hong Kong, people took to the streets demanding democracy when unaccountable rulers, as they so often do, prioritized their own interests over those of their citizens, Roth said. However, many democratic leaders have been too mired in short-term preoccupations and scoring political points to address serious problems such as climate change, the Covid-19 pandemic, poverty and inequality, racial injustice, or the threats from modern technology.

“In country after country, large numbers of people have taken to the streets, even at the risk of being arrested or shot, which shows the appeal of democracy remains strong,” Roth said. “But elected leaders need to do a better job of addressing major challenges to show that democratic government delivers on its promised dividends.” 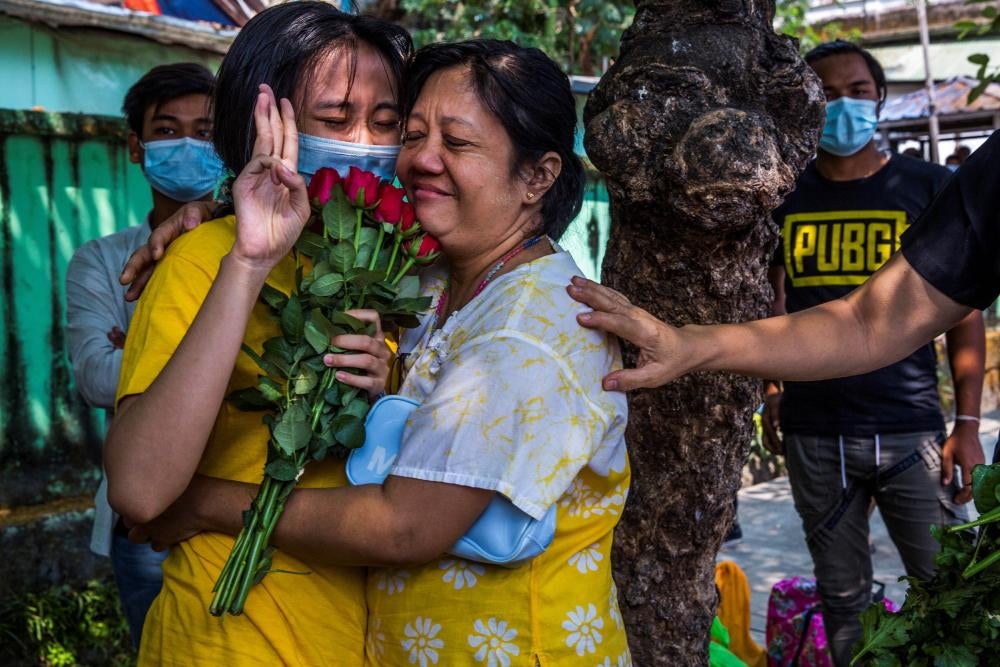 In his introductory essay, Roth challenges the common view that autocracy is ascendent and democracy is on the decline. Many autocrats claim to serve their people better than democratically elected leaders, but they usually deliver mainly for themselves and then try to manipulate electoral systems so citizens cannot deliver a negative verdict. Autocrats typically try to divert attention with racist, sexist, xenophobic, or homophobic appeals, he said.

Covid-19 spotlighted this self-serving tendency, with many autocratic leaders downplaying the pandemic, turning their backs on scientific evidence, spreading false information, and failing to take basic measures to protect the health and lives of the public.

In an important and growing development that must worry some autocrats, a broad range of opposition political parties has begun to gloss over their policy differences to build alliances that prioritize their common interest in getting corrupt politicians or repressive leaders voted out of office, Roth said.

In the Czech Republic, an unlikely coalition defeated Prime Minister Andrej Babiš. In Israel, an even unlikelier coalition ended the longtime rule of Prime Minister Benjamin Netanyahu. Similar broad alliances of opposition parties have formed for forthcoming elections against Viktor Orban in Hungary and Recep Tayyip Erdoğan in Turkey. A comparable tendency within the US Democratic Party contributed to the selection of Joe Biden to contest the 2020 election against Donald Trump.

Moreover, as autocrats can no longer rely on subtly manipulated elections to preserve power, a growing number, from Nicaragua to Russia, are resorting to overt electoral charades that guarantee their desired result but confer none of the legitimacy sought from holding an election. This growing repression is a sign of weakness, not strength, Roth said.

However, to persuade people to abandon the self-serving rule of autocrats, democracies need to do better in addressing societal ills, Roth said.

For example, the climate crisis poses a dire threat to humankind, yet democratic leaders are only nibbling at the problem, he said, seemingly incapable of overcoming national perspectives and vested interests to take the major steps needed to avert catastrophic consequences. The World Report 2022 includes assessments of the climate policies of the world’s top 10 greenhouse gas emitters, as well as more than a dozen other countries where there have been significant policy developments related to the climate crisis.

The Covid-19 pandemic also exposed weaknesses of democratic leaders. Democracies met the pandemic by developing highly effective mRNA vaccines with remarkable speed but have failed to ensure that the people of lower-income countries share this lifesaving invention. Some democratic governments took steps to mitigate the economic consequences of Covid-19 lockdowns, but have yet to tackle the broader and persistent problem of widespread poverty and inequality or to build adequate systems of social protection for the next inevitable economic disruption, he said.

Democracies regularly debate the threats posed by technology, he said. These include the dissemination of disinformation and hate speech by social media platforms, the large-scale invasion of privacy as an economic model, the intrusiveness of new surveillance tools, and the biases of artificial intelligence. But democratic leaders have taken only baby steps to address them.

Democracies fare no better when acting outside their borders. They frequently descend to the compromises of realpolitik, bolstering autocratic “friends” to curtail migration, fight terrorism, or protect supposed “stability” rather than defending democratic principles.

In contrast to Trump’s embrace of friendly autocrats when he was US president, Biden promised a foreign policy that would be guided by human rights. But the US has continued to provide arms to Egypt, Saudi Arabia, the United Arab Emirates, and Israel despite their persistent repression. In the face of an autocratic trend in Central America, Biden mainly prioritized efforts to curtail migration rather than autocracy.

Other Western leaders displayed similar weakness in their defense of democracy. Former German Chancellor Angela Merkel’s government helped to orchestrate global condemnation of the Chinese government’s crimes against humanity in Xinjiang. But while holding the European Union presidency, Germany helped to promote an EU investment deal with China despite Beijing’s use of ethnic Uyghur forced labor.

The government of French President Emmanuel Macron helped to coordinate broad condemnation of Beijing’s conduct in Xinjiang but was blind to the abysmal situation in Egypt.

If democracies are to prevail, their leaders must do more than spotlight the inevitable shortcomings of autocratic rule, Roth said. They must do a better job of meeting national and global challenges of making sure that democracy in fact delivers.

“Promoting democracy means standing up for democratic institutions such as independent courts, free media, robust parliaments, and vibrant civil societies even when that brings unwelcome scrutiny or challenges to executive policies,” Roth said. “And it demands elevating public discourse rather than stoking our worst sentiments, acting on democratic principles rather than merely voicing them, and unifying us before looming threats rather than dividing us in the quest for another do-nothing term in office.”