Donate Now
Sales of electric cars are surging – with sales predicted to rise from 2 million in 2018 to 12 million in 2025 – as people choose to reduce their greenhouse gas emissions and better protect the environment. To keep electric cars lightweight and ensure they can run a long distance on one charge, car makers are using more of light metals like aluminum. The car industry used about 18 percent of all aluminum consumed worldwide in 2019, and demand is expected to double in the next 30 years. But the process of mining and refining bauxite ore, the primary source of aluminum, harms both the environment and communities who depend on nearby land and water. Amy Braunschweiger speaks with Jim Wormington about a new report, researched and written in partnership with Inclusive Development International, about how car makers can clean up their aluminum supply chains.

What are the human rights abuses related to mining bauxite?

I’ve been traveling to Guinea, a west African country with the world’s biggest bauxite reserves, for the last 5 years. Because bauxite mining takes place at the earth’s surface, it is taking over huge areas of land that families have farmed and relied on for generations. A 2019 government study estimated that over the next 20 years, bauxite mining in Guinea will eliminate 858 square kilometers of agricultural land as well as 4,700 square kilometers of natural habitat, an area six times larger than New York City.

Bauxite mining is also transforming the local environment, sending sediment into rivers and streams that communities rely on for drinking and irrigation. It’s been hard to hold mining companies accountable as they don’t adequately monitor the impact of their activities on local water sources.

This isn’t unique to Guinea. Ghana is planning to begin bauxite mining in a protected rainforest, which could threaten rivers providing drinking water to millions of people. We’ve also seen similar impacts in places like Australia, where for decades bauxite has been mined on Indigenous lands, and Malaysia, which banned bauxite mining for environmental reasons in January 2016 but is planning to start it back up.

What other human rights issues are associated with making aluminum?

You first refine bauxite ore into alumina, which produces a caustic red mud in huge quantities. When I visited an alumina refinery in Guinea, you could see the red mud flowing out of the facility. If red mud isn’t stored or treated appropriately, it can contaminate waterways and harm people who come into contact with it. In Brazil, an organization representing 11,000 people has filed legal complaints against an alumina mine and refinery because of its impact on waterways.

Finally, you make aluminum by running huge amounts of electricity through an alumina solution. At the moment, most of that energy comes from coal, a high carbon, highly polluting fuel. Aluminum production accounts for 2 percent of all greenhouse gases worldwide, or more than 1 billion tons of carbon dioxide equivalent each year. 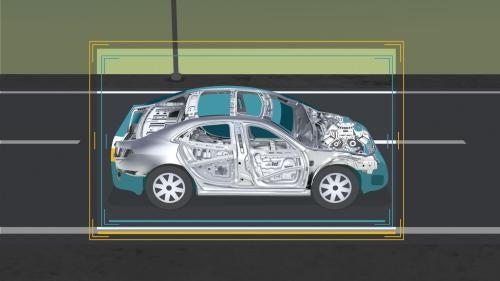 Why is this report aimed at car companies as opposed to the governments of countries where mines or refineries are located?

Convincing mining companies to protect the rights of local communities isn’t easy. Mining companies often focus on their core operations – mining – and on their bottom line, more than on evaluating and mitigating their human rights and environmental footprint. Government regulation of the mining sector is often weak.

We think that car companies, as they purchase more and more aluminum for electric cars, are going to have a significant influence over the future direction of the aluminum industry. If car companies can require their aluminum suppliers to respect human rights, they can play a vital role in driving up standards.

How did you approach the car companies?

We initially approached 12 car companies and described to them the major human rights impacts of bauxite mining, drawing on our research in Guinea. Then we asked about how they source aluminum. It quickly became clear that, although most car companies have committed to source materials responsibly, they’re not doing enough to address the land and environmental rights issues present in aluminum supply chains.

Which car companies did you speak with?

Once we knew which car companies were sourcing from the mines in Guinea, we chose car companies with a strong focus on transitioning to electric cars. We also tried to have geographic diversity. We wrote to 12 companies and had conversations or correspondence with nine: BMW, Daimler, Ford, General Motors, Groupe PSA (now Stellantis), Renault, Toyota, Volkswagen, and Volvo. We received no reply from BYD, Hyundai, or Tesla, even though we wrote to them at least twice.

What did you learn?

The car industry increasingly knows it needs to combine producing greener vehicles with sourcing greener materials. So far, however, their priority for responsible sourcing has been on the minerals needed for electric batteries. Like cobalt, which has been linked to child labor in the Democratic Republic of Congo. We want them to apply some of the same techniques they’ve started applying to cobalt sourcing to aluminum, which is a huge part of their future.

Why are companies looking at their sourcing?

While it’s true that consumer pressure is in part driving this, I also think it’s pressure resulting from changes in national laws. In June, Germany passed a law to requiring companies to respect human rights risks in their supply chain. When it comes to aluminum, German car companies like BMW, Daimler, and Volkswagen are the most prepared to do responsible sourcing, which is in part due to their company culture and consumer base, but probably also because of regulation and the German supply chain law.

China is a growing market for car sales. What should it be considering?

We wrote to BYD, which is one of China’s biggest manufacturers of electric vehicles, and didn’t hear back from them.

China produces more aluminum than any other region of the world. But it has long relied on coal to do so. The aluminum industry in China is making the right noises about reducing its emissions footprint, but in Guinea one of the mining companies we’re concerned about is backed by a Chinese aluminum producer, China Hongqiao, that also has a massive carbon footprint. Car companies should be asking their Chinese suppliers to get serious about both their carbon footprint and the human rights impacts of their mining and refining operations.

It’s disappointing that you didn’t hear back from Tesla, as it’s so well known for their electric cars.

It would be great to get a response from them given how high profile their electric vehicles are. Hopefully they’ll read our report and respond to us.

What are car companies doing to fix their aluminum supply chain issues?

Some of the car companies we spoke to are trying to map out their aluminum supply chains and understand the human rights risks involved. If you don’t map your supply chain, you don’t know if you’re sourcing from a mine in Guinea where communities have filed a complaint against the mining company or an alumina refinery in Brazil where there’s ongoing litigation.

Car companies are also trying to rely on aluminum certified as responsibly sourced, the same way you certify cocoa or coffee as produced responsibly. The Aluminum Stewardship Initiative (ASI) is a group of companies, including businesses in the mining, car, and packaging sectors, that have come together with nongovernmental organizations to certify mines, refineries, and other facilities when they meet a set of human rights and environmental targets.

What do you make of these certification schemes?

Certification schemes don’t substitute for regulation. But they can play a constructive role. Certification can create more awareness and consensus about a baseline of human rights and environmental standards mining companies should be meeting. They can also serve as good platforms to exchange information and drive more transparency about how companies are operating.

But unfortunately, certification schemes vary in their effectiveness. In ASI’s case, it can do more to impose detailed human rights obligations on companies and strengthen community participation and transparency in the process it follows to check if mining companies respect rights.

What should car companies do?

They should identify the main human rights risks in their supply chains and be proactive in addressing them. Car companies and their major suppliers should be actively in touch with a coal-fueled smelter in China or mine in Guinea that is taking commuities’ land or polluting their water. They should ensure mines address human rights abuses and, if they don’t fix the problem in good time, they should stop sourcing from these mines.

It’s also vital that car manufacturers set up their own complaints mechanisms so that communities impacted by human rights abuses at mines or refineries can contact the car company and ask for their help. Pressure from car manufacturers that purchase aluminum can play a key role in pushing mining companies to constructively resolve communities’ complaints.

Once car companies and other industries communicate clearly to aluminum producers that they will only buy aluminum that is free of human rights abuses, we think mining companies and the aluminum sector more broadly will quickly up their game.