We, the undersigned human rights and civil society organizations, express our serious concern over an Iranian court order to dissolve one of the country’s largest registered NGOs working on poverty alleviation, in apparent coordination with Iran’s abusive intelligence and security apparatus. We call on the Iranian government to immediately overturn this decision, which is an apparent violation of the freedoms of association and speech.

Imam Ali’s Popular Student Relief Society (IAPSRS) is an independent NGO that has worked on poverty reduction and other crucial issues, including child marriage and death sentences against those who allegedly committed crimes as children. Over the past 20 years, with the support of volunteers nationwide, IAPSRS has expanded its charitable activities, which include education, medical care, cultural and athletic events for vulnerable children, programs to support single mothers living in marginalized neighborhoods, work with lawyers and families to save child offenders sentenced to death and fundraising and dispatching volunteers in response to natural disasters such as earthquakes. Since 2010, the organization has held special consultative status with the UN Economic and Social Council (ECOSOC) and participated in several side events at the Human Rights Council. 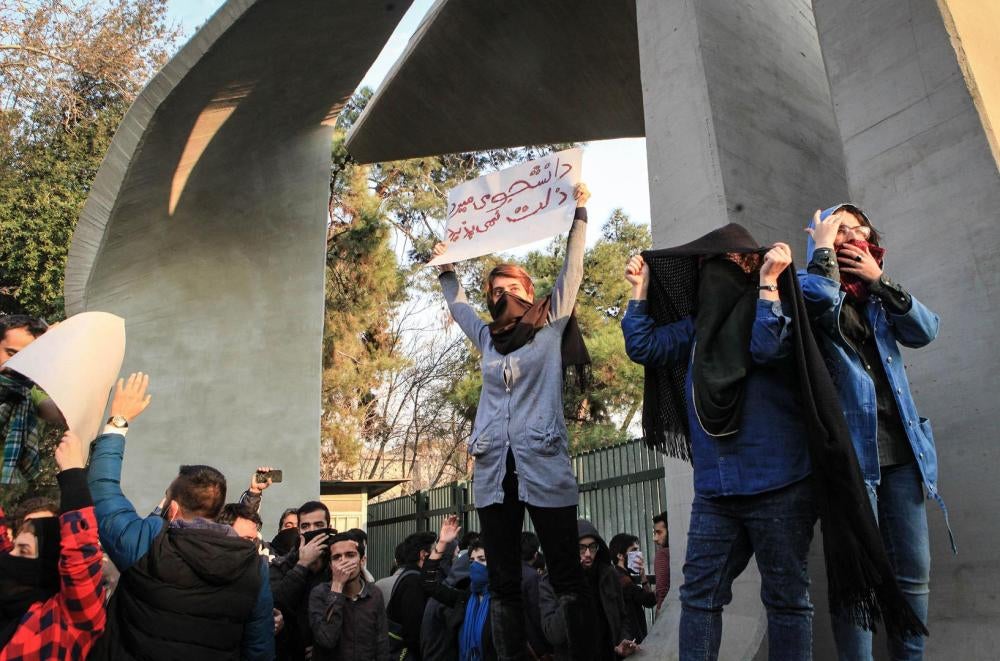 According to the court verdict that has been published in the media, on March 5, the court sided with the Interior Ministry’s assessment that IAPSRS had “deviated” from its original mission and insulted religious beliefs. Activities the court cited as evidence of “deviation” include “questioning Islamic rulings such as qisas (retribution in kind)” and “promoting falsehood by publishing statements against the Islamic Republic of Iran.” The statement referenced evidence that includes IAPSRS’s statement in the aftermath of Iranian authorities’ brutal crackdown against protestors in November 2019, which resulted in hundreds of deaths and thousands of arrests.

The court verdict follows years of mounting pressure by authorities on the group. On July 21, 2020, Iranian authorities arrested the organization’s founder, Sharmin Meymandinejad, along with two of his colleagues, and charged him with “insulting the [Supreme] Leader and founder of the Islamic Republic.” Authorities also reportedly raided IAPSRS’s main office in Tehran and confiscated its electronic devices and financial documents. According to IAPSRS, authorities held Meymaninejad in solitary confinement for the entire duration of his detention, despite his deteriorating health, until they released him on bail on October 27, 2020.

In June 2020, the executive director of IAPSRS, Zahra Rahimi, told media that the Interior Ministry was demanding fundamental changes to the group’s management structure and that, if the NGO refused, it would seek its dissolution.

In a tightly restricted civil space, IAPSRS works within legal limitations to provide essential support to marginalized groups, including children. The coordinated pressure by the Rouhani administration as well as the intelligence apparatus to dissolve IAPSRS is a new assault on independent associations, the undersigned human rights and civil society organizations added.

We call on the UN High Commissioner for Human Rights as well as the member states of the Human Rights Council and ECOSOC to raise this case with the Iranian government at the highest levels, and to pressure them to stop further curtailing the already restricted civil space in Iran.