Ai Weiwei, the famed Chinese artist and activist, is a creative thorn in the side of Chinese authorities. His activism gained prominence when he broke through the government cover up to commemorate the thousands of children who died during the Sichuan earthquake of 2008 due to shoddy school construction. Today, he is making a film about the coronavirus outbreak in Wuhan.

Ai’s work is influenced by his life experience. In public conversations I had with him in London and during coronavirus lockdown, we discussed how our lives were influenced by our fathers. Mine fled Nazi Germany as a 12-year-old; he filled my childhood with stories of the evil that governments can do and left me determined to do something about it. 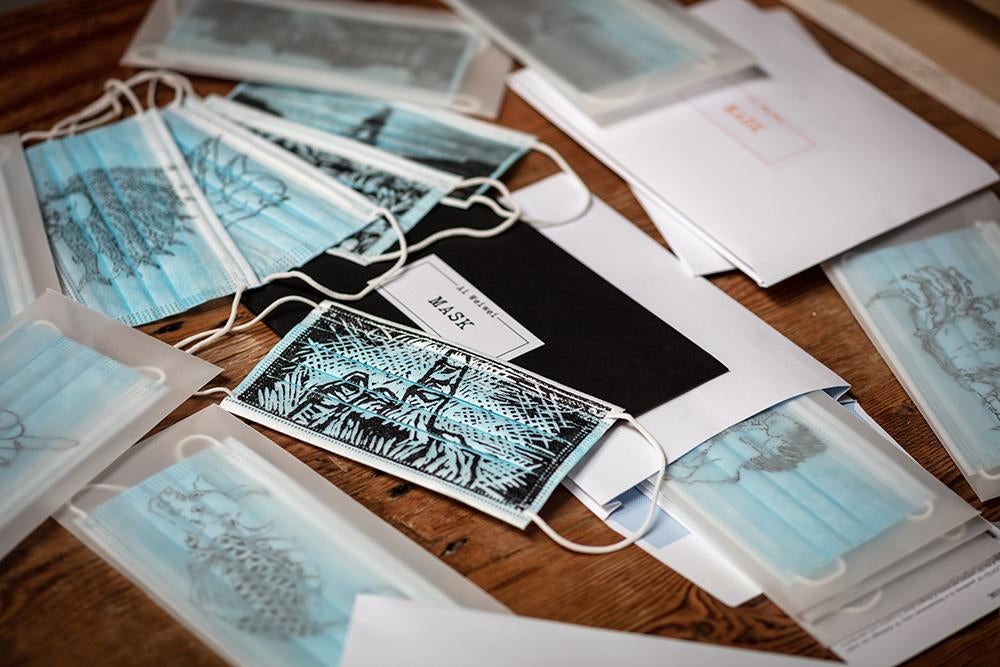 Human Rights Watch is proud to join with Ai Weiwei in a project of mass activism that also raises funds for our work on human rights in the pandemic.

Ai’s father was a true believer in the Chinese Communist Party, even though Ai spent most of his youth in internal exile in Xinjiang because his father was denounced as a “rightist.” Ai experienced a revulsion at the compelled uniformity of life under Communist rule and an appreciation for the government’s malleability as it evolves to maintain power. His art is driven less by a belief in the inevitability of progress than by a compulsion to speak out in the face of injustice.

Since 2015, to escape persecution inside China, Ai has been a refugee. His growing interest in the plight of refugees is reflected in his epic film Human Flow and another now in progress on Myanmar’s ethnic Rohingya. He is also making a film about the Hong Kong pro-democracy protests, just as Beijing moves to crush them.

Human Rights Watch is proud to join with Ai this week in a project of mass activism that also raises funds for our work on human rights in the pandemic. The project also benefits two colleague organizations, Refugees International and Médecins sans Frontières.

The project centers on the simple face mask, a ubiquitous form of protection during the pandemic but one that is banned in Hong Kong, where pro-democracy protesters used masks before Covid-19 to evade police teargas and facial-recognition technology. Ai has imprinted masks with his works of art, including symbols of free speech, surveillance, persecution, mass obedience, and defiance. They are for sale on eBay for Charity.

Ai uses creativity, symbolism, and a piercing sense of humor to puncture the lies that so often prop up authoritarian rule. His work moves millions. No wonder the Chinese authorities despise him. Human Rights Watch is proud to embrace him as our partner for freedom.