(New York) – Governments should take urgent action to prevent the spread of Covid-19 and care for those most affected without sacrificing human rights. In its new 40-question checklist on the Covid-19 crisis, Human Rights Watch seeks to guide governments as they respond to the challenges presented by the pandemic.

The spread of the novel coronavirus, first identified in December 2019 in Wuhan, China, has affected peoples’ health, freedoms, and livelihoods, triggering a global human rights crisis. The new checklist provides a framework for policy responses that recognize the need to mitigate the harm of lockdowns and other “social distancing” measures and address the economic fallout of the pandemic for people in greatest need.

“Covid-19 presents an overwhelming public health challenge but also an opportunity to address long-simmering human rights concerns,” said Akshaya Kumar, crisis advocacy director at Human Rights Watch.  “Policies to respond to the crisis should recognize that our communities are only as healthy as the most vulnerable among us.” 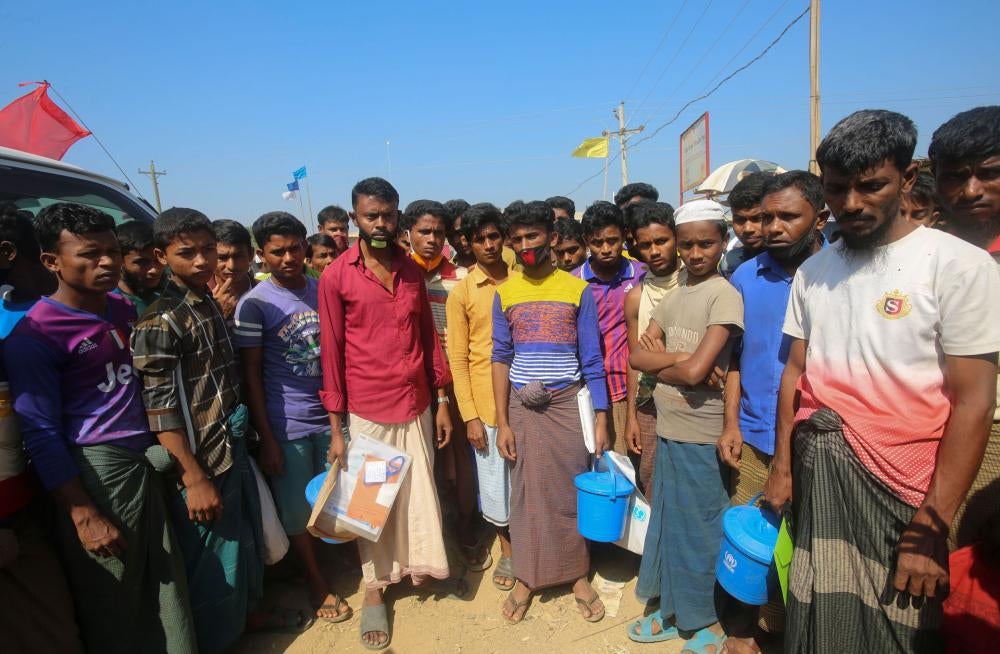 Human Rights Watch has identified 40 questions to guide a rights-respecting response to the COVID-19 crisis that addresses the needs of groups most at risk, including people living in poverty, ethnic and religious minorities, women, people with disabilities, older people, LGBT people, migrants, refugees, and children.&#13;

The checklist, which is grounded in Human Rights Watch research around the world, outlines the contours of a response that is intentionally intersectional and addresses the needs of groups most at risk, including people living in poverty, ethnic and religious minorities, women, people with disabilities, older people, LGBT people, migrants, refugees, and children.

As of April 13, 2020, 210 countries and territories have confirmed cases of the virus, with 2 million confirmed cases globally and 119,000 people known to have died from the disease.

Government responses to the crisis have included sweeping restrictions on rights including freedom of movement, expression and assembly. International human rights law recognizes that during serious public health threats and public emergencies threatening the life of a nation, restrictions on some rights can be justified. But they must have a legal basis, be strictly necessary, be based on scientific evidence, and be neither arbitrary nor discriminatory in application, of limited duration, respectful of human dignity, subject to review, and proportionate to achieve the objective.

Effectively preventing the spread of the virus requires governments to keep the public informed and to reduce barriers to testing, treatment and care. While some governments have denied that a crisis exists, others have expanded access to information and health care.

Following criticism that their restrictions would impede the Covid-19 response, Ethiopia lifted a blanket ban on telephone and internet service in the western Oromia region, ending a three-month long shutdown, giving those communities access to life-saving information. In Portugal, the government has announced that it will treat people with pending residency and asylum applications as if they were permanent residents until June 30, giving them equal access to health care under the national system. To remove barriers to care, a government official in Pakistan publicly pledged to help transgender people during this pandemic.

Crisis management that is respectful of rights needs to address the economic fallout of Covid-19, taking necessary action in conformity with international human rights standards. While many of the economic programs adopted in the wake of Covid-19 have neglected workers in the informal sector, some countries have taken important steps to provide food, water and housing for at-risk populations.

In South Africa, the national government has appealed to municipalities to stop shutting off water for non-payment and is distributing water by tanker to informal settlements and other communities in need. Recognizing the role of housing in the crisis response, Argentina, Australia, Ireland and many other governments have announced measures to stop evictions.

While some governments have imposed abusive policies, others have sought to frame a proportionate and balanced response to the crisis. Because of movement restrictions, health authorities in England and Scotland have allowed at-home use of an early abortion pill.

While some governments have allowed abuses by security forces enforcing quarantines or lockdowns to go unchecked, others have responded with appropriate action against those responsible. In Uganda, police forced women to undress for allegedly breaking the curfew. In South Africa, children were injured when police tasked with lockdown enforcement shot a man in front of his home. In both instances, the authorities promised to prosecute and punish the officers responsible.

Social distancing has been widely recognized as key to combatting Covid-19’s rapid spread. But governments need policies to address the harm that comes along with lockdowns and stay-at-home orders, including expanding psychosocial – mental health --support, ensuring children’s continued learning despite school closures, and tackling rising violence in the home and against minorities.

France is offering 20,000 nights of free accommodation to victims of violence in the home and is encouraging people to seek help discreetly with a code word at pharmacies. In Italy, the epicenter of the outbreak in Europe, the government created a nationwide psychological support program.  Australia announced a dedicated “coronavirus wellbeing support line.”  In the wake of rising xenophobic Covid-19 transmission rhetoric, the UK police forces are reported to have I begun investigations into efforts to smear Muslims with claims that they deliberately spread Covid-19.

The checklist’s positive policy examples are not prescriptive, but are meant to illustrate choices that remain open and available to governments as they contend with the pandemic, Human Rights Watch said.

“While no response has been perfect, it’s important to acknowledge that governments around the world are taking measures that protect public health and respect human rights,” Kumar said. “Still, without a careful effort to uplift the people most at risk, societies will find it difficult to recover after the disease is contained.”