For authoritarian-minded leaders, the coronavirus crisis is offering a convenient pretext to silence critics and consolidate power. Censorship in China and elsewhere has fed the pandemic, helping to turn a potentially containable threat into a global calamity. The health crisis will inevitably subside, but autocratic governments’ dangerous expansion of power may be one of the pandemic’s most enduring legacies.

In times of crisis, people’s health depends at minimum on free access to timely, accurate information. The Chinese government illustrated the disastrous consequence of ignoring that reality. When doctors in Wuhan tried to sound the alarm in December about the new coronavirus, authorities silenced and reprimanded them. The failure to heed their warnings gave COVID-19 a devastating three-week head start. As millions of travelers left or passed through Wuhan, the virus spread across China and around the world.

Even now, the Chinese government is placing its political goals above public health. It claims that the coronavirus has been tamed but won’t allow independent verification. It is expelling journalists from several leading US publications, including those that have produced incisive reporting, and has detained independent Chinese reporters who venture to Wuhan. Meanwhile, Beijing is pushing wild conspiracy theories about the origin of the virus, hoping to deflect attention from the tragic results of its early cover-up. 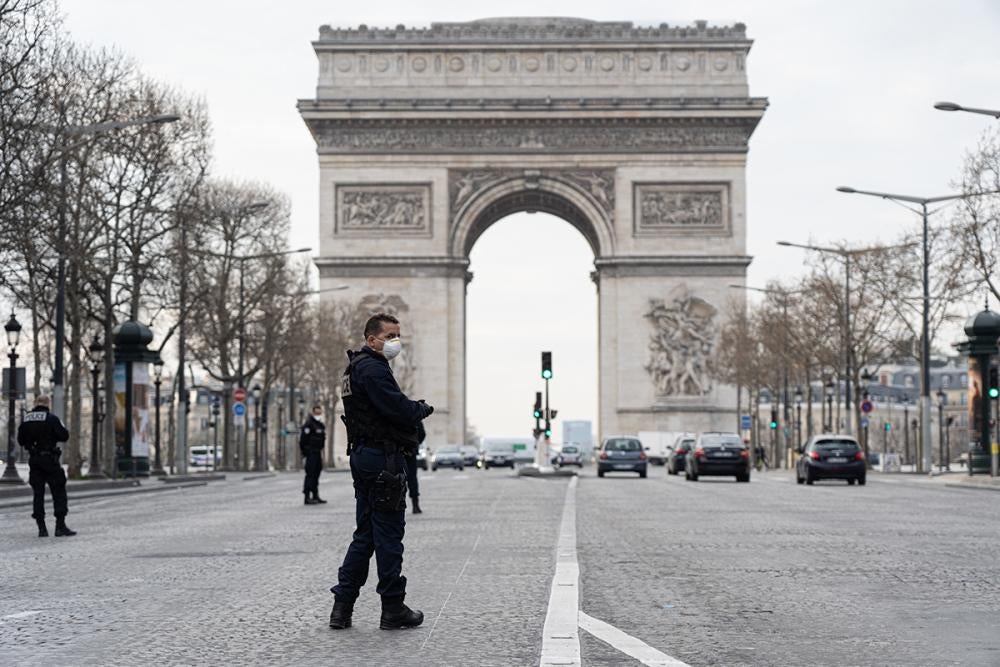 Others are following China’s example. In Thailand, Cambodia, Venezuela, Bangladesh, and Turkey, governments are detaining journalists, opposition activists, healthcare workers, and anyone else who dares to criticize the official response to the coronavirus. Needless to say, ignorance-is-bliss is not an effective public health strategy.

When independent media is silenced, governments are able to promote self-serving propaganda rather than facts. Egypt’s President Abdel Fattah el-Sisi, for example, downplayed the coronavirus threat for weeks, apparently wanting to avoid harming Egypt’s tourist industry. His government expelled a Guardian correspondent and “warned” a New York Times journalist after their articles questioned government figures on the number of coronavirus cases.

The government of Turkey’s President Recep Tayyip Erdogan implausibly denies that there are any COVID-19 cases in its prisons, and a prosecutor is investigating a member of parliament—himself a doctor—who says that a seventy-year-old inmate and a member of the prison staff have tested positive. Thailand’s Prime Minister Gen Prayut Chan-ocha warned journalists to report on government press conferences only and not to interview medical personnel in the field.

Of course, a free media is not a certain antidote. Responsible government is also needed. US President Donald Trump initially called the coronavirus a “hoax.” Brazilian President Jair Bolsonaro called the virus a “fantasy” and preventive measures “hysterical.” Before belatedly telling people to stay home, Mexican President Andrés Manuel López Obrador ostentatiously held rallies, and hugged, kissed, and shook hands with supporters. But at least a free media can highlight such irresponsibility; a silenced media allows it to proceed unchallenged.

Recognizing that the public is more willing to accept government power grabs in times of crisis, some leaders see the coronavirus as an opportunity not only to censor criticism but also to undermine checks and balances on their power. Much as the “war on terrorism” was used to justify certain long-lasting restrictions on civil liberties, so the fight against the coronavirus threatens longer-term damage to democratic rule.

Although Hungary has reported Covid-19 infections only in the hundreds to date, Prime Minister Viktor Orbán used his party’s parliamentary majority to secure an indefinite state of emergency that enables him to rule by decree and imprison for up to five years any journalist who disseminates news that is deemed “false.” Philippines President Rodrigo Duterte has also awarded himself emergency powers to silence “fake” news.

As Israeli Prime Minister Benjamin Netanyahu faces corruption charges, his justice minister cited the coronavirus to suspend courts for most cases, as did a close parliamentary ally as he attempted to prevent the opposition’s new majority from ousting him as Knesset speaker—a move that the Israeli Supreme Court said “undermin[ed] the foundations of the democratic process.” The Trump administration has cited the coronavirus to discourage requests under the Freedom of Information Act, suddenly insisting they be made by only traditional mail, in spite of the greater public health safety of electronic communication.

Some governments are breathing a sigh of relief that the coronavirus has provided a convenient reason to limit political demonstrations. The Algerian government has halted regular protests seeking genuine democratic reform that have been under way for more than a year. The Russian government has stopped even single-person protests against Vladimir Putin’s plans to rip up term limits on his presidency. The Indian government’s recently announced three-week lockdown conveniently ends the running protests against Prime Minister Narendra Modi’s anti-Muslim citizenship policies. It remains to be seen whether such restrictions outlive the coronavirus threat.

Other governments are using the coronavirus to intensify digital surveillance. China has deepened and extended the surveillance state that is most developed in Xinjiang, where it was used to identify some of the one million Uyghur and other Turkic Muslims for detention and forced indoctrination. South Korea has broadcast detailed and highly revealing information about people’s movements to anyone who might have had contact with them. Israel’s government has cited the coronavirus to authorize its Shin Bet internal security agency to use vast amounts of location-tracking data from the cellphones of ordinary Israelis. In Moscow, Russia is installing one of the world’s largest surveillance camera systems equipped with facial recognition technology. As occurred after September 11, 2001, it may be difficult to put the surveillance genie back in the bottle after the crisis fades.

There is no question these are extraordinary times. International human rights law permits restrictions on liberty in times of national emergency that are necessary and proportionate. But we should be very wary of leaders who exploit this crisis to serve their political ends. They are jeopardizing both democracy and our health.