Donate Now
(New York) – The Chinese government should immediately release activists, lawyers, and others arbitrarily detained for their work defending human rights and allow them to return to their families to celebrate Lunar New Year, Human Rights Watch said today. In the most recent crackdown beginning late December 2019, authorities have detained participants to a private gathering on human rights in Fujian province.

In new videos, detainees’ family members urge the authorities to release their loved ones.

“Numerous Chinese rights defenders will be languishing in detention facilities and prisons over the Lunar New Year instead of spending the holiday with their families,” said Yaqiu Wang, China researcher. “China’s authorities are increasingly treating private gatherings among activists as crimes, and should release all those wrongfully detained.”

In late December, police across the country began detaining participants to a December 7 and 8 gathering in Xiamen, Fujian province, where they discussed human rights and China’s political future. On December 26, in what has become known as the “12.26 crackdown,” authorities detained prominent human rights lawyer Ding Jiaxi, scholar Zhang Zhongshun, and activists Dai Zhenya and Li Yingjun.

Police accused the four men of “inciting subversion” and placed them under “residential surveillance in a designated location,” a form of enforced disappearance in which police can hold individuals in undisclosed locations for up to six months. This places them outside the formal detention system – increasing the risk of torture and ill-treatment – and denies them access to legal counsel or family members. 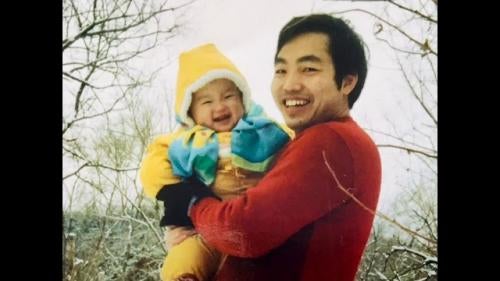 Detainees’ families produced videos raising their concerns about their unjustly held loved ones. Luo Shengchun, the wife of Ding Jiaxi, who was previously imprisoned from 2013 to 2016 for his involvement in the civic group the New Citizens Movement, supported his peaceful activism. “My husband is a good person … and a good citizen,” she said. “China needs more people like him.” 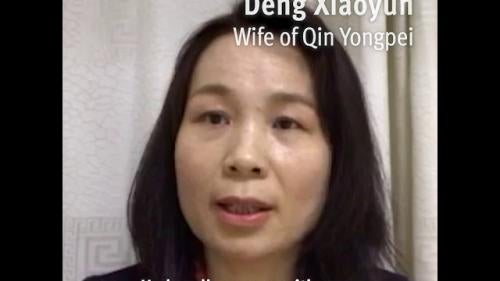 Deng Xiaoyun, the wife of human rights lawyer Qin Yongpei, whom police in Guangxi province detained in October on suspicion of “inciting subversion,” said on video: “How could such a good person be charged with such a crime? I am very confused.” Qin had represented victims of human rights abuses and often criticized high-level government officials on social media.

Police have continued to search for prominent legal scholar and founder of the New Citizen Movement, Xu Zhiyong, who had participated in the December gathering. Beijing police searched Xu’s home, detained his partner for 24 hours, and denied her adequate medicine in the detention center.

Authorities also held several other participants for varying periods but have since released them. On January 12, police in Shanxi province detained human rights lawyer Chang Weiping. He was released 10 days later.

In recent years, President Xi Jinping’s campaign of repression against human rights advocates has resulted in many activists receiving heavy sentences or being held in legal limbo. In July, a court in Sichuan province handed down a 12-year sentence for Huang Qi, a prominent activist and founder of the human rights website 64 Tianwang, for “leaking state secrets.” In December, a Sichuan court sentenced independent Christian church pastor Wang Yi to nine years in prison for “inciting subversion.” 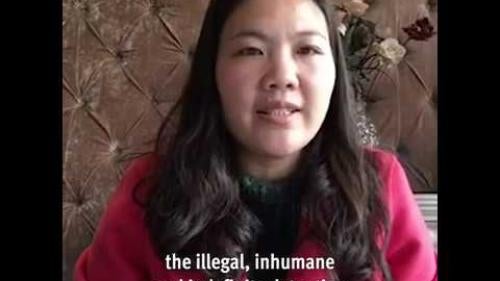 Xu Yan, the wife of detained human rights lawyer Yu Wensheng, who has been denied access to legal counsel or family members since he was detained in January 2018, says on video: “I demand that the Chinese judicial authorities immediately stop illegal, inhumane, and indefinite detention of Yu Wensheng, and that they release him unconditionally and let him come home to celebrate the holiday.”

“Jailing human rights activists only reveals how fearful the Chinese government is of them and their ideas,” Wang said. “Beijing should welcome the Lunar New Year by releasing people who have committed no crime other than to work for a more just and free China.”