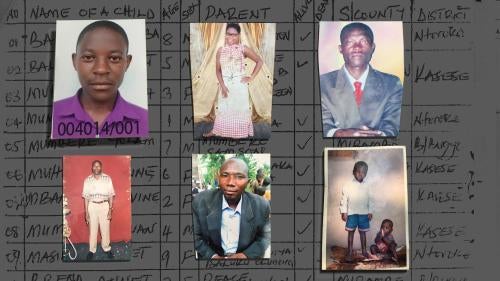 Three years ago, the Ugandan army attacked the Rwenzururu royal palace in the town of Kasese, resulting in the deaths of over 100 people. But the families of those killed are still waiting for answers, amid fears of reprisals for pressing for justice.

On November 26, 2016, after years of tension between the Ugandan government and the Rwenzururu kingdom, government forces attacked the kingdom’s office of the prime minister, killing at least eight people. Later that day, community members clashed with police, and at least 14 police and 32 civilians died.

The army responded the next day by raiding the palace of King Charles Mumbere. During the attack, they arrested him and over 180 others present in the palace compound. Human Rights Watch research in 2017 found that at least 153 people, including children, died during these clashes, and that official government statistics have given inconsistent casualty figures.

Since the massacre, the environment in Kasese has remained tense. Government authorities have repeatedly cracked down on critics and those perceived as being loyal to Mumbere. Victims in Kasese have reported beatings and arrests by security forces, who frequently accuse local residents of being involved in the November 2016 events. Police have recently blocked opposition rallies in Kasese and on November 20, reportedly raided and seized documents from the offices of opposition party Forum for Democratic Change.

Families of those who died in 2016 have been reluctant to publicly call for justice, fearing arrest and retaliation, and have not been able to commemorate the massacre.

“We fear to ask the government, ‘Why did you shoot our child who was an innocent person, who does not carry a panga [machete], who knows nothing of a gun?’”  the uncle of one victim told us in 2018. “We hear rumors that if you ask, you could be jailed.”

The government has charged Mumbere and 159 others with crimes including murder, treason, and terrorism. It is not clear when their trials will take place.

In 2017, Human Rights Watch called for the Ugandan government to ensure independent investigations to establish the number of deaths, but no such investigation has taken place. The Ugandan authorities should carry out an independent investigation and appropriately prosecute those responsible for abuses. They should also provide Mumbere and the others prompt and fair trials. Only then can there be justice for the many victims and their families who continue to wait for answers.