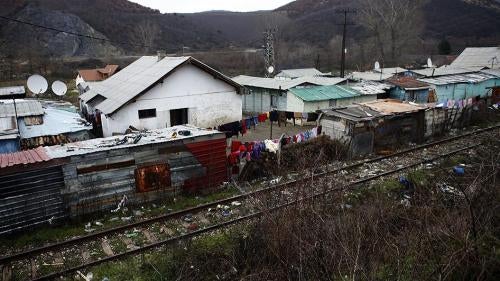 Yesterday was supposed to be a celebration at the United Nations.

October 24 is United Nations Day, marking the day the UN Charter officially came into effect in 1945. The Charter includes the commitment to protect human rights.

But on the UN’s birthday, the world body received sharp criticism regarding its own human rights record.

The UN special rapporteur on hazardous substances and waste, Baskut Tuncak, reprimanded the UN for failing victims of widespread lead poisoning in Kosovo after the 1998-1999 war. Roma, Ashkali, and Balkan Egyptian minorities were forced to live in UN-run camps contaminated by lead from a nearby industrial mine for more than a decade. Hundreds got sick. Many still suffer health consequences today.

In his presentation to the General Assembly, Tuncak warned: “[t]he integrity of the U.N. system is undermined by its failure to provide relief and remedy to these Roma, Ashkali and Egyptian families.”

In a new report on the human rights obligation to prevent exposure to toxic substances, Tuncak noted a 2016 independent UN investigation into human rights claims against the UN Interim Administration in Kosovo (UNMIK) that found violations against the displaced communities and recommended the UN pay individual compensation.

Lead can impair the body’s neurological, biological, and cognitive functions. Children and pregnant women are particularly susceptible, and high levels of lead exposure can cause permanent intellectual and developmental disabilities. The victims have been waiting for justice and support for more than a decade.

This is not the first time the UN has been criticized for its failure to provide a remedy. In June, Tuncak wrote to six UN bodies, urging them to prioritize the victims in Kosovo and advocate for greater visibility of the issue. Only the World Health Organization responded, saying it considers the voluntary trust fund that UN secretary-general Antonio Guterres created more than two years ago the best way to help the affected communities. To date, only one country has contributed to the trust fund and it falls short of offering individual compensation.

After marking the UN’s anniversary, UN member states, the UN secretary-general, and heads of other UN bodies should heed the call of their own experts to ensure that victims of lead poisoning in Kosovo finally get justice.