It has been over two months since the Indian government revoked constitutional autonomy to Jammu and Kashmir and split the state into two centrally administered territories. And yet abusive restrictions, including a lockdown on internet and mobile phone services, remain.

Numerous foreign leaders have expressed concern over the government’s continued detention of Kashmiri leaders and anyone deemed likely to protest, alleged use of torture, restrictions on movement enforced by a massive military presence, and problems in accessing public services, including emergency medical care.

Indian activists filed a complaint with the Supreme Court to ensure protection of children after the media reported that many had been detained, beaten, or denied safe access to schools. Police say the reports are exaggerated, but still provided a list of 144 children, one as young as 9, who had been taken into custody. Most, police said, have been released, after warnings against participating in violent protests.

Indian authorities have relied on pro-government media and social media supporters to defend the crackdown and denounce rights activists. Any criticism of the government can draw swift rebuke, including sedition allegations, which can stifle peaceful dissent. The government also often equates support for Kashmiri rights with support for Pakistan, with whom India disputes ownership over the former kingdom. 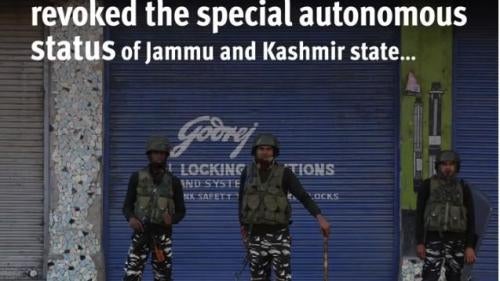 India has said that the restrictions have saved lives and maintained order. But fear of arbitrary arrests and shootings by security forces has left the Kashmir valley full of shuttered shops and empty classrooms. The authorities have blocked visits by diplomats, international journalists, Indian activists, and opposition politicians.

Indian authorities should announce an end to repressive actions and hold to account security force personnel responsible for abuses. They should release all those detained without charge and restore communications. Months of a broad-based clampdown on civil liberties can’t be justified by vague claims of maintaining order.