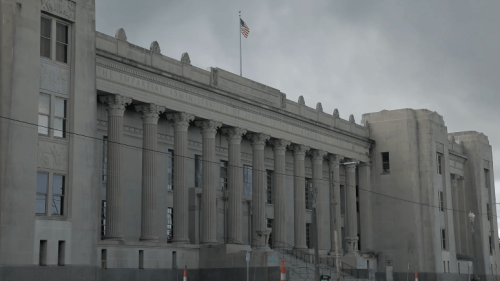 “Criminalizing drug use has taken a devastating toll on countless families in the US and discriminated against people of color,” said Nicole Austin-Hillery, executive director of the US program at Human Rights Watch. “Enacting the MORE Act would be a step toward reversing decades of harmful policies that have disproportionately impacted communities of color.”

The continued enforcement of marijuana prohibition laws resulted in over 600,000 arrests in the US in 2017. These arrests disproportionately affected people of color, who are almost four times as likely to be arrested for marijuana possession as their white counterparts, even though the rates of marijuana use have remained equal across races.

Currently, 33 US states and the District of Columbia permit legal access to medical marijuana, while 11 states plus the District of Columbia allow legal access to recreational marijuana. The MORE Act would remove marijuana from the federal Controlled Substances Act and provide funding through social equity programs for people and communities directly affected by the drug war. The law would reduce racial disparities in drug arrests, repeal immigration-related penalties for marijuana offenses, and provide for resentencing and the expunging of federal records for those with marijuana convictions, among other things.

Human Rights Watch and the American Civil Liberties Union, in a 2016 report, “Every 25 Seconds,” documented the impact of criminalizing personal drug use and possession in the US. These arrests for drug use and possession occur at a rate of one every 25 seconds. The groups found that these arrests have had long-term impacts, including separation of families, exclusion from job opportunities, and restriction of access to welfare, public housing, and voting, among thousands of other collateral consequences people face following a drug arrest.

People of color and the poor have been disproportionately affected. The organizations recommended that federal and state governments decriminalize the personal use and possession of illicit drugs, which galvanized mainstream discussions on criminal justice reform. By removing marijuana from the Controlled Substances Act, the MORE Act seeks to address this policy recommendation, Human Rights Watch said.

On July 9, the Marijuana Justice Coalition, a diverse collaborative of rights organizations, of which Human Rights Watch is a member, issued a statement of principles that the US Congress should consider in addressing decades of harm and reinvest in the communities most heavily affected by the war on drugs.

Coalition efforts were the impetus for the first hearing on ending the federal marijuana prohibition before the House Subcommittee on Crime, Terrorism, and Homeland Security. During the July 10 hearing, Representative Hakeem Jeffries discussed the racist history of marijuana enforcement in the US. Since the hearing, more than 100 marijuana businesses have also endorsed a racial and economic justice approach to ending the marijuana prohibition.

“US policies that criminalized drug use and possession were rooted in racism and specifically targeted Blacks and Latinos, contributing to mass incarceration,” Austin-Hillery said. “Congress should recognize that reforming US drug policies is a racial justice issue and pass the MORE Act.”