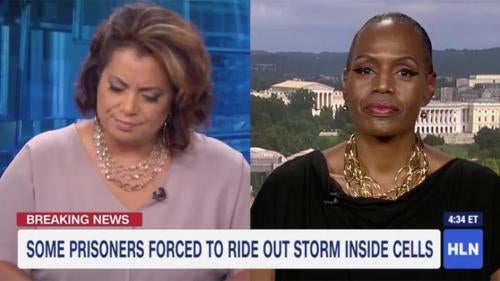 Despite South Carolina issuing an evacuation order for all coastal counties ahead of category-3 hurricane Florence, the state corrections department decided Monday that it would not transfer 934 prisoners and as many as 119 staff in one prison.

Although Governor Henry McMaster lifted the evacuation order for three counties, including Jasper where the facility Ridgeland is located, these counties are still deemed evacuation zones by South Carolina Emergency Management Division.

Past history suggests this might prove disastrous. In Miami-Dade County, Florida, officials left nearly 4,500 prisoners inside facilities during Hurricane Irma in 2017, even though multiple prison facilities in that county were demolished by Hurricane Andrew in 1992. Prisoners who outlasted Hurricane Irma described cells covered in mold, urine, and feces, and prison guards spoke out about the horrors of conditions. When Hurricane Harvey hit Texas last year, prisoners experienced flooding and lacked enough drinking water and medicines.

After Hurricane Katrina in 2005, Human Rights Watch documented the nightmare nearly 600 prisoners endured in the Orleans Parish Prison compound. They told us officers chose to save themselves, while many prisoners were not evacuated for four days. Letters from prisoners detail how they were “left to die” with no food, water (except from toilets), lights or medical attention, amid chest-high contaminated water and broken gas lines. Evacuated prisoners transferred to Jena Correctional Facility were beaten and abused by officers, with some forced to lie in their own vomit.

Prisoners across 17 states, including South Carolina, concluded a two-week strike from August 21 to September 9, 2018 to pressure the country’s penal system for reform to produce “conditions of prisons and prison policies that recognize the humanity of imprisoned men and women.” Overcrowded facilities, unsafe and unsanitary environments, substandard nutrition and substandard medical care already pose a grave risk to prisoner health and safety. A hurricane will only exacerbate those risks.

State and local authorities should either evacuate prisoners from facilities in the path of the storm or explain publicly and convincingly why they are certain it is safe not to. They should also know that they will be held accountable if they gamble with the safety of prisoners only to repeat the mistakes and abuses of the past.