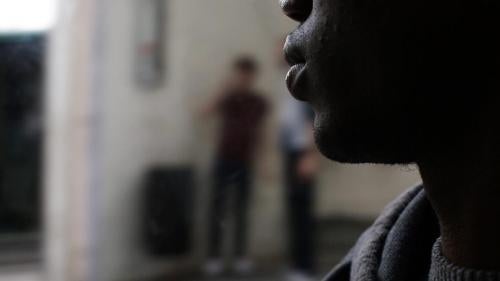 (Paris) – Child protection authorities in Paris are using flawed age assessment procedures for unaccompanied migrant children, excluding many from care they need and are entitled to, Human Rights Watch said in a report released today. Hundreds of these young migrants find themselves homeless, often condemned to sleep on the streets of Paris.

The 57-page report, “‘Like a Lottery’: Arbitrary Treatment of Unaccompanied Migrant Children in Paris”, found that arbitrary practices can lead to unaccompanied children being erroneously considered adults, leaving then ineligible for emergency shelter and other protection given to children. Many youths who request protection from the child welfare system are turned away summarily and inaccurately, based on appearance alone. Others are rejected without written decisions after interviews lasting as little as five minutes, contrary to French regulations.

“These children have suffered through incredibly difficult and dangerous journeys, only to be deprived of the protection and care they need,” said Bénédicte Jeannerod, France director at Human Rights Watch. “Deeply flawed procedures mean that children may be arbitrarily turned away at the door of the evaluation office, denied protection after a short interview, or tied up in arduous court procedures and left in limbo for months.”

Youths who receive full interviews are often denied recognition as children if they lack identity documents, Human Rights Watch found. But international standards and French regulations establish that the primary method of establishing approximate age should be through interviews, recognizing that documents may be lost during arduous journeys.

Even those who have documents are frequently rejected. Child welfare authorities and judges question birth certificates, passports, and other identity documents despite the rule in French law that such documents are presumptively valid unless there are substantiated reasons to believe otherwise.

The review of case files found other invalid grounds for concluding that a person was an adult. Work in the home country or on the journey to Europe was frequently cited, even though millions of children around the world work, including in hazardous or harmful forms of labor. Child protection authorities also often cited the youth’s decision to travel without parents, though many thousands of children travel on their own to Europe each year.

In the cases studied, child protection authorities also frequently relied on subjective factors such as “bearing” or comportment. Some youths received adverse age assessments based in part on expressing irritation with repeated questioning or presenting their case forcefully, behaviors that can be exhibited at any age. Many more were simply told they had the bearing of an adult, without further explanation.

When children seek review of adverse decisions, some judges regularly order bone tests to determine their age. Medical bodies in France and elsewhere have repeatedly found that bone and other medical examinations are not a reliable means of determining age, particularly for older adolescents, and have called for ending their use.

The cumulative effect of arbitrary decision-making is that age assessments in Paris are “like a lottery: sometimes you win, but most of the time you lose, even if you’re underage,” an aid worker with the nongovernmental organization Utopia 56 told Human Rights Watch.

The number of unaccompanied migrant children arriving in Paris, as well as in France overall, has increased in recent years. France’s child welfare system took just under 15,000 unaccompanied migrant children into care in 2017. Nearly half of unaccompanied children who seek protection from the child welfare system in France do so in Paris. In February 2018, when Human Rights Watch began this research, an estimated 400 unaccompanied children were “sleeping rough” (outside) in the French capital, according to estimates from lawyers and nongovernmental organizations. Current estimates are lower.

Ordinary citizens, on their own and in groups, have stepped in to address some of these children’s needs, providing food and other services, organizing football clubs, improvisational theatre, and other activities, and in some cases opening their homes to give children a place to stay for a night or two, or even longer.

But these laudable efforts, along with services provided by nongovernmental groups such as Médécins sans Frontières and Utopia 56, depend on volunteers and cannot meet the need. In contrast, France has both the means and the obligation to provide appropriate care and protection to all children within French territory, regardless of migration status.

French national and departmental authorities should ensure that age assessments are used only when authorities have well-founded doubts about an individual’s claim to be under 18, Human Rights Watch said. In such cases, they should take appropriate steps to determine age and establish eligibility for services, bearing in mind that all age assessments will be estimates. These steps should include interviews by professionals with the expertise to work with children, as international standards recommend.

France also should end the use of bone tests and similar discredited medical examinations.

“Instead of giving youths the benefit of the doubt, as they should, child protection services seem to be doing everything they can to exclude youths from the child care system,” Jeannerod said. “The French authorities should immediately put an end to arbitrary age decisions and provide sufficient resources to take care of and protect unaccompanied migrant children.”