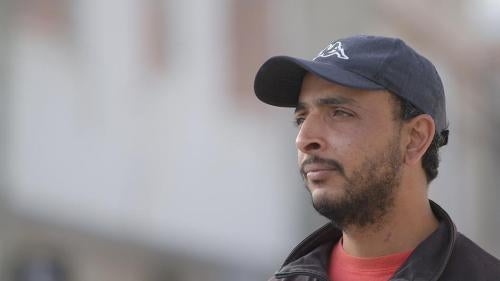 Update:
On September 7, 2018, Human Rights Watch received a letter from Tunisia’s Ministry of Interior with statistics related to detentions and legal representation which has been added in the news release below.

(Tunis) – Lax enforcement of a new law in Tunisia granting detainees prompt access to a lawyer has weakened the impact of this landmark legislation, Human Rights Watch said today, even if detainee rights have improved modestly since the law took effect two years ago today.

The 68-page report “You say you want a lawyer? Tunisia’s New Law on Detention, on Paper and in Practice,” examines the actual impact of the law granting detainees the right to a lawyer as soon as they are taken into custody. Every year, the police arrest thousands of people across Tunisia. They spend up to four days in police custody, a crucial period for building the criminal case against them, before they first see a judge. During this time, they are vulnerable to mistreatment.

Tunisia’s New Law on Detention, on Paper and in Practice


“On paper, this law’s guarantees of quick access to a lawyer is a beacon to the entire region,” said Amna Guellali, Tunisia director at Human Rights Watch. “In practice, we are still far from seeing the new law protect detainees against ill-treatment and forced confessions.

Parliament adopted Law No. 2016-5 (Law No. 5) on February 2, 2016, granting access to a lawyer from the onset of detention. It became law on June 1 of that year. The law establishes the general principle that all suspects in police custody have the right to consult a lawyer before police questioning, and to legal assistance during each interrogation session. Having a lawyer present during questioning ensures the integrity of criminal proceedings and supports a suspect's right to an effective defense.

Based on interviews with 30 former detainees and 17 defense lawyers, Human Rights Watch identified several gaps in the law’s implementation. There is, for example, no system to ensure that police meet their obligation to inform the suspect of their right to a lawyer, or to contact the suspect’s designated lawyer or the lawyer on-duty designated by the Bar Association to represent suspects accused of serious crimes. Some former detainees told Human Rights Watch that the police had entered into the case file a false claim that the detainees had waived their right to a lawyer following arrest.

According to Interior Ministry figures, only 22 per cent of suspects detained between June 2016 and May 2017 exercised their right to a lawyer. Such a low figure could be attributed to many factors, including a lack of public awareness of this new right, lack of diligence by the security services in informing detainees of this right, and the reluctance among some lawyers on the Bar Association roster to assist clients in the absence of a system to ensure payment of their fees.

The law also empowers the prosecutor to delay access to a lawyer during the first 48 hours of detention in terrorism-related cases. In an apparent abuse of detainee rights, prosecutors seem to approve this denial automatically in terrorism cases instead of deciding it on a case-by-case basis.

Confidentiality of lawyer-client communication remains a problem, Human Rights Watch found. Many lawyers reported that most police stations lack a place where lawyers can hold the mandated 30-minute pre-interrogation consultation in privacy.

To reduce unnecessary police detentions, Tunisian authorities should introduce amendments to the Code of Criminal Procedure specifying that arrests should be carried out only when there is a reasonably well-founded suspicion of criminal wrongdoing and that pre-charge detention should be a measure of last resort, Human Rights Watch said.

Authorities should ensure that law enforcement officers meet their obligation to notify detainees of their right to a lawyer and assist them in the exercise of this right from the very outset of police custody. Trial courts should take not when officers failed to perform this legal duty, and authorities should hold officers accountable for such failures.

The authorities should also put in place a procedure to verify that any waiver made by a detainee of their right to a lawyer is informed and voluntary – for example by recording it, or by requiring the police to ensure a third party such as a lawyer or a family member is present during the waiver.