(New York, February 19, 2018) – The rash of new “religious exemption” laws passed by state legislatures around the United States represent a thinly-veiled assault against the rights of lesbian, gay, bisexual, and transgender (LGBT) people, Human Rights Watch said in a report released today. In the absence of robust nondiscrimination protections, these laws function as a license to discriminate rather than a good faith attempt to protect religious liberty and should be repealed.

The 41-page report, “‘All We Want is Equality’: Religious Exemptions and Discrimination against LGBT People in the United States,” documents how recent laws carve out space to discriminate against LGBT people in adoption and foster care, health care, and access to some goods and services. These laws fail to balance moral and religious objections to LGBT relationships and identities with the rights of LGBT people themselves, Human Rights Watch found. The findings illustrate that these exemptions encourage discriminatory refusals, discourage LGBT people from seeking out services, and harm people’s dignity. 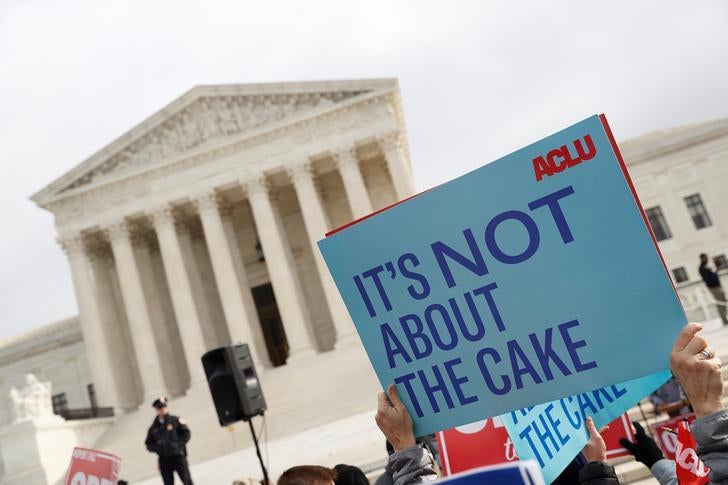 Across the United States, state laws are being passed or debated that would allow businesses, adoption and foster care agencies, and even healthcare providers to discriminate against LGBT people.&#13;

“Describing these laws as ‘exemptions’ is misleading,” said Ryan Thoreson, a researcher in the LGBT rights program at Human Rights Watch. “Given the dearth of laws that protect LGBT people from discrimination in the first place, legislators are getting it exactly backwards and creating exceptions before they’ve ever established the rule.”

Religious Exemptions and Discrimination against LGBT People in the United States

The majority of the interviews took place in three states. In Mississippi, state law permits a wide array of individuals, businesses, and service providers to discriminate based on their religious or moral objections to same-sex marriage, extramarital sex, and the recognition of transgender identity. In Tennessee, a recent state law permits mental health counselors to turn away clients based on their religious beliefs. And in Michigan, adoption and foster care agencies that receive support from the state are explicitly empowered to refuse to place children with LGBT parents on account of the agencies’ own moral or religious objections. Alabama, North Dakota, South Dakota, Texas, and Virginia also have adoption and foster care exemptions in place.

In states where LGBT people lack explicit nondiscrimination protections, broad exemptions serve to powerfully reinforce the idea that adoption and foster care agencies, healthcare providers, business owners, and service providers can refuse to serve LGBT people. Erin Busk-Sutton, a lesbian woman who was turned away from a religious foster care agency in Michigan, described it as “the worst experience of my life, being told by a stranger that I wouldn’t be a good mother, essentially.”

Even if people are not directly refused services, religious exemptions cause LGBT people to fear discrimination and deter them from seeking services. The laws addressed by Human Rights Watch help entrench and exacerbate a climate in which LGBT people already face mistreatment and barriers to their full and equal participation in the public sphere.

“I know of people who don’t even try [to seek services] for fear of being rejected,” said Lisa Scheps, a transgender advocate in Texas. “And that’s true of any of the rural counties in Texas.”

While these laws are framed as protecting religious liberty, they are first and foremost a response to the advancement of LGBT equality – particularly the right to marry for same-sex couples. Representative Jeff Irwin, who opposed Michigan’s exemptions in adoption and foster care, observed that “[t]he whole goal of this package is to allow agencies to discriminate against same-sex couples.” In several instances, lawmakers rejected amendments that would have ensured the laws could not be used to discriminate against LGBT people.

The message is not lost on LGBT people living in states with license to discriminate laws. “You’re being treated with disrespect, as a second-class citizen – not even a citizen, an outsider,” said Brandiilyne Mangum-Dear, a lesbian woman in Mississippi.

Lawmakers should enact nondiscrimination laws that prohibit discrimination based on sexual orientation and gender identity in employment, education, housing, health care, and access to services, Human Rights Watch said. States with sweeping exemptions should repeal them, and legislators who are considering these bills should reject them in favor of more balanced protections that do not jeopardize the rights and well-being of LGBT people.