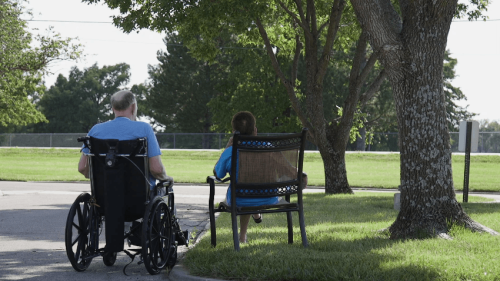 (Sacramento) – Nursing homes across the United States routinely give antipsychotic drugs to residents with dementia to control their behavior, despite rules against the misuse of drugs as “chemical restraints,” Human Rights Watch said in a report and video released today. This abusive practice remains widespread, even though the use of antipsychotic drugs on older people with dementia is associated with a nearly doubled risk of death.

The 157-page report, “‘They Want Docile’: How Nursing Homes in the United States Overmedicate People with Dementia,” estimates that every week in US nursing facilities, more than 179,000 people, mostly older and living with dementia, are given antipsychotic drugs without an appropriate diagnosis. Facilities administer these drugs in many cases without obtaining informed consent from residents or their families. 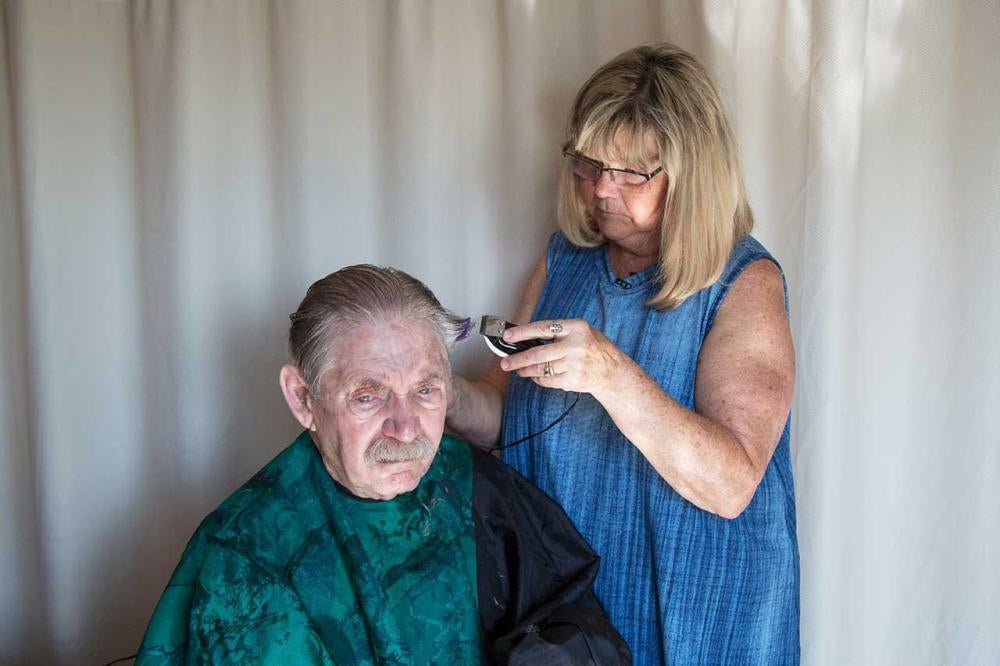 Imagine a nursing home gave your mom drugs -- without your permission -- to sedate her. &#13;

“People with dementia are often sedated to make life easier for overworked nursing home staff, and the government does little to protect vulnerable residents from such abuse,” said Hannah Flamm, NYU School of Law fellow at Human Rights Watch. “All too often, staff justify using antipsychotic drugs on people with dementia because they interpret urgent expressions of pain or distress as disruptive behavior that needs to be suppressed.”

Using antipsychotic medications as a “chemical restraint” – for the convenience of staff or to discipline residents – violates federal regulations and can amount to cruel, inhuman, or degrading treatment under international human rights law. Yet even when nursing homes are found to have broken these rules, they are rarely punished.

The report is based on visits by Human Rights Watch researchers to more than 100 nursing facilities in six states and more than 300 interviews with people living in facilities, their families, staff, long-term care and disability experts, government officials, and advocates.

How Nursing Homes in the United States Overmedicate People with Dementia

About 1.1 million people aged 65 and over lived in around 15,600 nursing facilities across the US in 2017. Medicaid, the main US public health insurance program for people with low incomes, which is jointly administered by the federal government and the states, is the primary payer for this form of long-term care.

Antipsychotic drugs were developed to treat psychiatric conditions like schizophrenia. The Food and Drug Administration (FDA) requires manufacturers to label them with the strongest “black box” warning about the risks they pose to people with dementia. The FDA has never approved antipsychotic drugs as safe and effective for treatment of dementia symptoms.

Federal regulations bar using the drugs without adequate indication for use or appropriate monitoring, and the Obama administration planned to strengthen regulations around their discretionary, “as needed” use. However, in November 2017, the Centers for Medicare & Medicaid Services (CMS) announced a moratorium on this and other strengthened regulations.

Congress and several government agencies have long recognized that the overuse of antipsychotic medications is a major problem. While the percentage of residents receiving them has declined in recent years, their use remains widespread. Around 16 percent of people in US nursing homes are given these drugs without an appropriate diagnosis, according to government data. In hundreds of facilities, more than 30 percent of residents are given the drugs in this way. As the director of nursing at one facility in Kansas told Human Rights Watch, “antipsychotics are a go-to thing.”

Nursing home residents and their families described the awful consequences, including sedation, fear, and frustration. A 62-year-old woman who said she was given Seroquel without her knowledge or consent at a nursing facility in Texas said: “[It] knocks you out. It’s a powerful, powerful drug. I sleep all the time. I have to ask people what the day is.” The daughter of a 75-year-old woman recalled that when a nursing facility in Kansas put her mother on an antipsychotic drug she “would just sit there like this. No personality. Just a zombie.”

The use of antipsychotic drugs without permission from the resident or their proxy is common, Human Rights Watch found. Federal regulations require nursing facilities to inform residents of treatment options and to give them the right to refuse treatment. Some state laws require informed consent for these medications. Yet staff at many facilities openly admitted they do not even try to follow these rules.

A former nursing home administrator in Kansas said: “The facility usually gets informed consent like this: they call you up [the healthcare proxy]. They say, ‘X, Y, and Z is happening with your mom. This is going to help her.’ Black box warning? ‘It’s best just not to read that.’”

The US government is failing to hold nursing homes to account for mistreating residents through the inappropriate use of antipsychotic drugs, Human Rights Watch said, despite strong regulations on paper.

The Nursing Home Reform Act of 1987 established strong legal protections of the rights of people in nursing homes; in practice Human Rights Watch found that the regulations pertaining to antipsychotic drugs are weakly enforced. Data from CMS show that government inspectors issued 7,039 citations to nursing facilities for violations related to antipsychotic drugs between 2014 and mid-2017. Since 97 percent of these citations were deemed to have caused “no actual harm,” they did not carry mandatory financial penalties – the primary means of enforcing the rules. Unsurprisingly, Human Rights Watch also found that citations did not change the use of antipsychotic drugs in those homes.

Some nursing homes have significantly reduced their use of antipsychotic drugs, Human Rights Watch found, by carefully reviewing residents’ needs. In retrospect, staff at these facilities concluded that the drugs had been used far too widely. One director of nursing in Kansas said: “It used to be like a death prison here…. Half our residents were on antipsychotics.”

CMS and its state counterparts should strengthen their enforcement of federal regulations regarding antipsychotic drugs. Residents and their families should be told they have the right to be informed of their treatment alternatives and their right to refuse. The government should ensure nursing homes employ enough staff to provide adequate care.

“The US government pays nursing homes tens of billions of dollars per year to provide safe and appropriate care to residents,” Flamm said. “Officials have a duty to ensure that these often vulnerable people are protected rather than abused.”