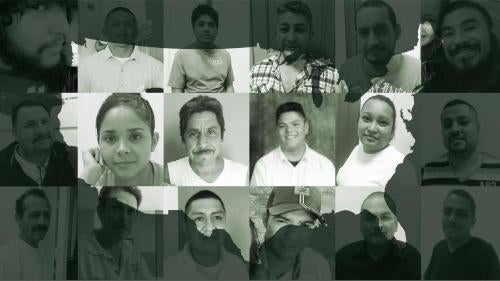 (Washington, DC) – A surge in immigration arrests of people living in the United States under the Trump administration is having a devastating impact on long-term immigrants with strong ties to the US.

According to numbers released by the US Department of Homeland Security on December 5, from the start of the Trump administration through the end of September, the number of immigrants seized in the interior of the country rather than at the border – many of them wrenched from their families and communities – increased by 42 percent compared to the same time period in 2016. Immigration arrests of people with no criminal convictions nearly tripled compared to approximately the same time period in 2016. 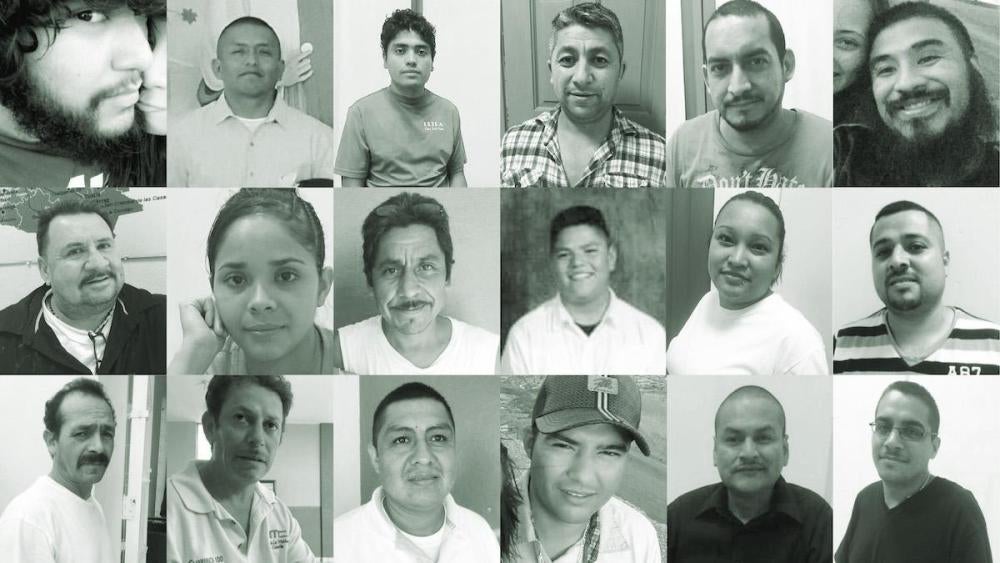 The 109-page report, “The Deported: Immigrants Uprooted from the Country They Call Home,” along with an interactive website that became live on December 5, 2017, documents 43 cases in which immigrants, many of them long-term residents with strong family and other US ties, were deported through proceedings that largely disregard immigrants’ fundamental rights and almost never take due consideration of their US homes and families. Teams of Human Rights Watch researchers interviewed the deportees inside Mexico. The report also analyzes US government data on arrests and deportations in the first seven months of the Trump administration. (This data was provided by US Immigration and Customs Enforcement previous to its release of year-end numbers on December 5.)

“The numbers and accounts of the people who are being deported make clear that long-term immigrants with strong US ties are aggressively and systematically being scooped up and deported,” said Clara Long, senior US researcher at Human Rights Watch. “These are not outliers or a smattering of cases; instead, this is the brutal, destructive face of Trump immigration policy.”

Upon assuming office, Trump signed two executive orders that make nearly all unauthorized immigrants living in the US priority targets for arrest, detention, and deportation. The orders revoked guidelines that narrowed the focus of enforcement efforts to recent border-crossers and noncitizens with certain criminal convictions.

The impact of these actions has been immediate and severe, Human Rights Watch found. Under the Trump administration, there were a total of 110,568 interior arrests from January 20 through September 30, the end of the fiscal year, compared to 77,806 during the same time period in 2016. Of these arrests, 31,888 people had no criminal convictions, compared with 11,500 during approximately the same period in 2016.

Among those interviewed are:

The full names or real names of those interviewed are not used for their protection.

Under current US law, despite these immigrants’ close family relationships to US citizens and long-term presence in the US, they have no realistic way to gain legal status.

Immigrants Uprooted from the Country They Call Home

The Obama administration also deported millions of people with longstanding family and other ties to the US, but new policies announced in Obama’s second term focused deportation efforts on recent border-crossers and people with criminal convictions the administration considered most serious. Obama also enacted Deferred Action for Childhood Arrivals (DACA), a program that gave temporary protection from deportation to tens of thousands of people who were brought to the US as children, without legal authorization. As a result, arrests and deportations of immigrants living in the US fell in the last years of the Obama administration. In September, the Trump administration rescinded DACA, exposing these young immigrants who grew up in the US to potential deportation.

“The stories of the people interviewed make clear the human impact of these stark numbers,” Long said. “Many of the people described how minor interactions with police, such as a traffic stop, triggered deportation, separation from their families, and now ongoing pain as their families struggle financially and emotionally.”

Governments have considerable leeway under international law to remove noncitizens from their territory, particularly when they are unauthorized. But this discretion is not without limits, Human Rights Watch said. The US has an obligation to weigh the government interest in deporting a person against the impact of removal on fundamental rights, including the right to family unity. In most cases, however, US law governing deportation accords no relevance or weight to immigrants’ ties to home and family. The system also disregards the due process rights of many immigrants, denying many the opportunity to contest their removal at a hearing. Even when immigrants are able to secure an individualized hearing, under US law these factors are in most cases of no legal relevance in deciding whether the person should be removed from the country.

Congress and the Trump administration should reform the US’s abusive immigration law and policy, starting with passage of a “clean” DREAM Act with no accompanying harmful tradeoffs, such as reduced protections for child migrants and refugees, as the White House has indicated it seeks. Congress should also decline any administration requests to increase funding of immigration enforcement efforts that are not tied to long overdue reforms to immigration law as well as efforts to increase transparency and address abusive conditions in immigration detention.

US law should be changed to offer a fair, individualized hearing to anyone facing deportation, in which the person’s ties to US families and communities can be weighed against the government’s interest in deporting the person. Those same ties should become the basis for a fair legalization program.

“At the very least, Congress should pass a clean DREAM act to begin to put some limits on harmful deportations,” Long said. “But the abusive detention and deportation system cannot be fully remedied without wholesale reform of the system.”