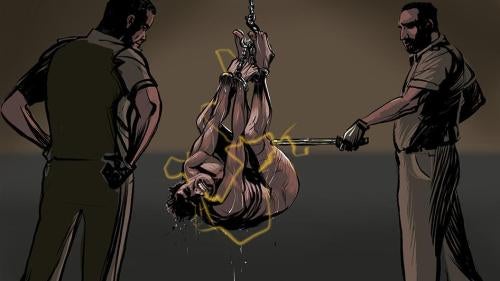 The 62-page report, “Crackdown on Dissent: Brutality, Torture, and Political Persecution in Venezuela,” documents 88 cases involving at least 314 people, many of whom described being subjected to serious human rights violations in Caracas and 13 states between April and September 2017. Security force personnel beat detainees severely and tortured them with electric shocks, asphyxiation, sexual assault, and other brutal techniques. Security forces also used disproportionate force and carried out violent abuses against people in the streets, and arbitrarily arrested and prosecuted government opponents. While it was not the first crackdown on dissent under Maduro, the scope and severity of the repression in 2017 reached levels unseen in Venezuela in recent memory.

“The widespread vicious abuses against government opponents in Venezuela, including egregious cases of torture, and the absolute impunity for the attackers suggests government responsibility at the highest levels,” said José Miguel Vivanco, Americas director at Human Rights Watch. “These are not isolated abuses or occasional excesses by rogue officers but rather a systematic practice by Venezuelan security forces.” 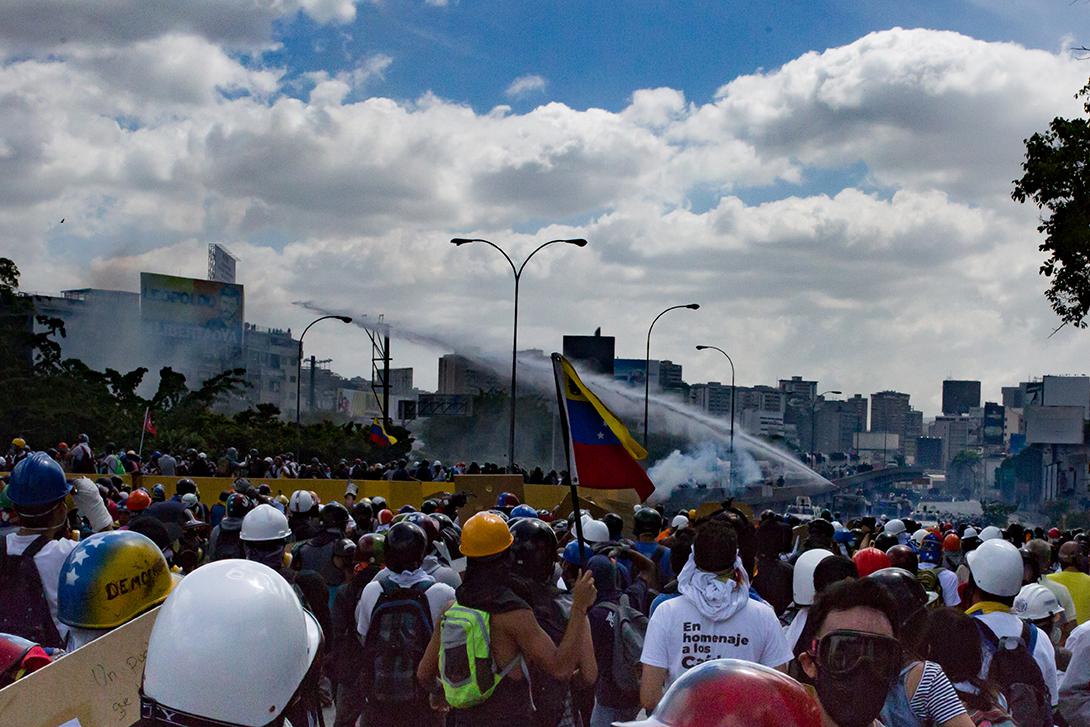 Senior researcher Tamara Taraciuk Broner, who went public after years of clandestine work in Venezuela, talks openly about what she found there.&#13;

Read the interview
The findings are based on interviews with more than 120 people, including victims and their families, lawyers affiliated with the Penal Forum who were present at judicial hearings, and medical professionals who attended to people injured at or near demonstrations. We also examined available corroborating evidence, including photographs, video footage, medical reports, and judicial rulings, and reviewed government reports and official statements.

In some cases, security forces detonated teargas canisters in closed environments where detainees were being held, kept detainees crowded into small confinement cells for prolonged periods, and denied detainees access to food or water – or forced them to eat food that was deliberately tainted with excrement, cigarette ashes, or insects.

In several cases, detainees were physically and psychologically abused, apparently either to punish them or to force them to incriminate themselves or others, including opposition leaders. The nature and timing of many of the abuses – as well as the frequent use of political epithets by the abusers – suggests that their aim was not to enforce the law or disperse protests but rather to punish people for their perceived political views, Human Rights Watch and the Penal Forum said.

The crackdown extended beyond the protests, with government intelligence agents pulling people from their homes or detaining them on the streets even when no demonstrations were taking place. Many of those detained in such cases were political opponents of the government, including lesser-known activists, or people whom the government said had links to the political opposition.

“It’s no longer only about political leaders, it’s no longer about public figures, it’s just regular citizens – it was me,” said Ernesto Martin (pseudonym), 34, who was detained in his home for publicly criticizing the government, and tortured to confess to alleged links to the political opposition.

Despite the overwhelming evidence of human rights violations, Human Rights Watch and the Penal Forum found no evidence that key high-level officials – including those who knew or should have known about the abuses – have taken any steps to prevent and punish violations. On the contrary, they have often downplayed the abuses or issued implausible, blanket denials. 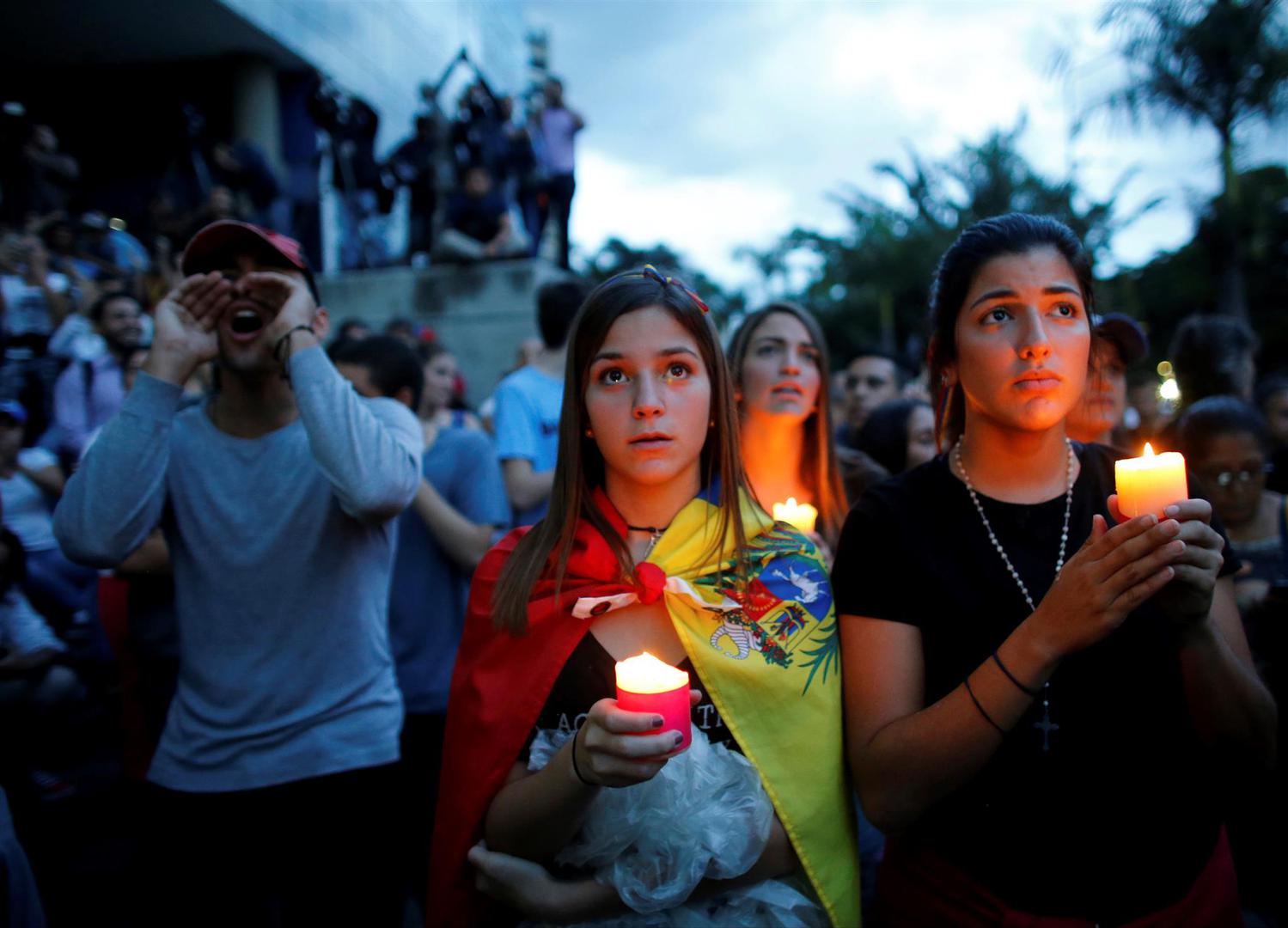 In April, tens of thousands of protesters took to the streets in Venezuela. The spark was a move by Venezuela’s Supreme Court, which is entirely subservient to the presidency, to usurp the powers of the country’s legislative branch after opposition parties had won control of it in elections. Demonstrations quickly spread throughout the country and continued for months, fuelled by broader discontent with the authoritarian practices of President Nicolás Maduro and the humanitarian crisis that has devastated the country under his watch.

The abuses on the streets have dwindled since July only because there are fewer protests, but the government has given no indication that it intends to stop its brutal repression of opponents, let alone hold officials accountable for the widespread violations that occurred.

The Venezuelan government has characterized protests throughout the country as violent. There have been documented instances in which some protesters have used violence, including throwing rocks and Molotov cocktails at security forces. However, the brutal abuses documented were not part of an effort to suppress violent demonstrations. Instead, the atrocities were inflicted on people in custody or otherwise under the control of security force personnel, or consisted of disproportionate violence and deliberate abuse against people at protests, in the streets, and even in their homes.

Security forces and armed pro-government groups, called “colectivos” in Venezuela, have caused dozens of deaths and hundreds of injuries. In many cases, they have shot water cannons, teargas, and pellets at close range, in ways apparently intended to inflict painful injuries.

“Authorities have detained at least 5,400 people since April,” said Alfredo Romero, Penal Forum director. “Some detainees were released without being brought before a judge, but others were subject to arbitrary prosecutions that lacked the most basic due-process guarantees.”

At least 757 civilians were prosecuted in military courts for crimes including treason and rebellion, in circumstances that violate international law.

Governments throughout the region – and beyond – have condemned the Venezuelan government’s crackdown on peaceful expression and protest. It is urgent to redouble multilateral pressure on the Venezuelan government to release people arbitrarily detained, drop charges in politically motivated prosecutions, and hold those responsible for human rights violations accountable.

Prior to the report’s release, Human Rights Watch and the Penal Forum shared their findings with the Office of the Prosecutor at the International Criminal Court and with OAS Secretary General Luis Almagro, who is closely monitoring the human rights situation in the country.

“High-level Venezuelan officials bear responsibility for the pervasive, serious abuses being committed on their watch,” Vivanco said. “Key international leaders should send them a clear-cut message: if the Venezuelan government proves unable or unwilling to hold security forces accountable at home for the abuses, the international community will push for accountability abroad.”

For selected cases, please see below.

Ernesto Martin (pseudonym) (34), Caracas. In April, intelligence agents arrested Martin after he publicly criticized the government. He said officers handcuffed his hands and ankles, hanged him from the ceiling, and gave him electric shocks while they asked him about his links to the opposition. He said he was beaten and threatened with death. For weeks, Martin was not allowed to see his family, his lawyer, or a judge. He was released after being told he could not discuss politics through his social networks. Martin fled the country.

Alejandro Pérez Castilla (pseudonym) (32), Carabobo state. On July 26, agents from the Bolivarian National Guard (Guardia Nacional Bolivariana, GNB) detained Pérez during a demonstration. He said they threw him inside an armored vehicle, where they beat him for hours, walked on his fingers, pressed his face toward one of the guards’ genitals, and threatened to rape his daughter. While in detention, he said, agents rubbed teargas powder on his face and in his eyes, nose, and his wounds from birdshot fired by security forces during the demonstration. He said guards beat him while he was hanging by his handcuffed wrists from the cage of an air-conditioner, barely able to touch the floor. He said that they later forced him to sit handcuffed to a metal bench and used a stun gun on his calf. He said agents also detonated a teargas canister inside his small cell, then closed the door.

Orlando Moreno (26), Monagas state. On June 27, Monagas state police detained Moreno as he was leaving an anti-government demonstration. He said that, while he was in detention, GNB agents hanged him from an elevated water tank, his feet barely touching the floor, and beat him repeatedly to try to force him to film a video blaming opposition leaders, including María Corina Machado – the head of the party he represented in Monagas – for financing the protests.

Armando López Carrera (pseudonym) (17), Carabobo state. López said that, on July 20, GNB personnel arrested him during a confrontation between protesters and security forces. He said that during his detention, agents forced him to walk while squatting, hit him with sticks, cut his hair, beat him, forced him to do military training exercises, and made him bend over and bear his weight on his feet and head – without using his hands – for about five minutes. He said he was held in an overcrowded punishment cell for several days.

Reny Elías (35), Zulia state. On July 20, agents of the Bolivarian National Police (Policía Nacional Bolivariana¸PNB) arrested Elías at home, without a warrant, beating him with shields and helmets, Elías said, as they dragged him out of the house by his hair. While in detention, he said, agents beat him with rifle butts and helmets, forced him to lie down on the floor and walked on his back, and poured water and teargas powder on his face. He said he witnessed another male detainee being raped with a broomstick, and fema