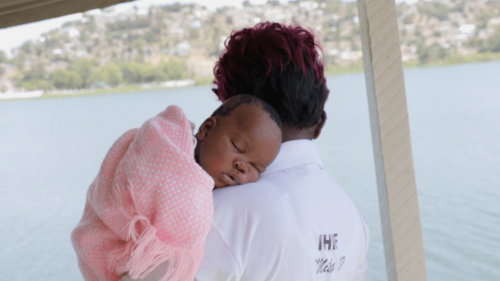 The 100-page report, “‘Working Like a Robot’: Abuse of Tanzanian Domestic Workers in Oman and the United Arab Emirates,” documents how the Tanzanian, Omani, and UAE governments fail to protect Tanzanian migrant domestic workers. Oman and the UAE’s kafala – visa-sponsorship – rules tie workers to their employers, and the lack of labor law protections leaves workers exposed to a wide range of abuse. Gaps in Tanzania’s laws and policies on recruitment and migration leave Tanzanian women exposed at the outset to abuse and fail to provide adequate assistance for exploited workers.

“Many Tanzanian domestic workers in Oman and the UAE are overworked, underpaid, and abused behind closed doors,” said Rothna Begum, Middle East women’s rights researcher at Human Rights Watch. “Workers who fled abusive employers or agents told us the police or their own embassy officials forced them to go back, or they had to relinquish their salaries and spend months raising money for tickets home.”

Most domestic workers in the Gulf states are Asian, many from Indonesia, the Philippines, India, and Sri Lanka. As these countries have incrementally increased protections and minimum salary requirements to protect their domestic workers – and in some cases banned recruitment to the Gulf entirely – recruiters are increasingly turning to East Africa, where protections are weaker. Gulf employers often get away with paying East African workers far less than those from other countries.

Thousands of Tanzanian domestic workers are in the Middle East. While some have decent working conditions, many others face abuse. Human Rights Watch interviewed 87 people, including Tanzanian officials, trade unionists, recruitment agents, and 50 Tanzanian female domestic workers who worked in Oman or the UAE. Half the domestic workers were from mainland Tanzania, and the other half from Zanzibar, the country’s semi-autonomous island region.

Almost all said their employers and agents confiscated their passports. Many worked long hours, up to 21 hours a day without rest or a day off. They said they were paid less than promised or not at all, were forced to eat spoiled or left-over food, shouted at and insulted daily, and physically and sexually abused. Some of these cases amount to forced labor or trafficking into forced labor. They had little recourse for leaving abusive working conditions.

“Basma N.,” 21, from Dar es Salaam, said her employers forced her to work 21 hours a day and abused her physically. Her employer’s brother attempted to rape her twice. She fled and, facing arrest for not paying back her employer’s recruitment costs, had to relinquish three months of salary. Forced to borrow money for tickets home, she returned to Tanzania financially, physically, and emotionally worse-off than when she left.

Oman and the UAE exclude domestic workers from their labor laws. Oman’s 2004 domestic worker regulations are weak, with no penalties for employer breaches, and it is the last country in the Gulf region not to provide labor rights in law. In September 2017, the UAE issued a law providing domestic workers with labor rights for the first time, but lesser protections than for workers under the general labor law.

The kafala system remains the largest impediment to domestic workers’ rights in Oman and the UAE, and should be ended, Human Rights Watch said. Domestic workers cannot change employers without their initial employer’s consent, and those who flee can be charged with “absconding.”

Some workers said their employers or agents forced them to forego their salaries as a condition for their “release,” work for a new employer who repaid recruitment costs to the initial employer, or work unpaid for months in return for flight tickets home or to recoup recruitment fees. In Oman, police and Manpower Ministry officials sometimes abet efforts by employers to recover their costs from their workers who fled abuse. The UAE’s new law prohibits agents from charging fees or requiring reimbursement of recruitment fees, but does not prohibit employers from doing so. Instead, it requires workers who wish to leave before the end of their contract, unless the employer breaches the contract, to pay the employer one month’s salary.

While Tanzania has expanded some protections for overseas migrant domestic workers since 2011, gaps in Tanzania’s recruitment and migration policies place workers at heightened risk from the outset and provide little opportunity for redress.

Tanzania requires workers to process their applications to migrate through the country’s labor ministries, but many workers migrate outside of this channel.

The authorities require women to migrate through a recruitment agency but have not set out minimum standards for how agencies assist workers in cases of abuse, or for inspections and penalties in case of violations. While regulations in mainland Tanzania and Zanzibar prohibit agencies from charging fees and costs to workers, many women said agents charged them anyway.

Tanzania’s standard contracts for domestic workers in Oman and the UAE provide minimum employment conditions for workers. However, most domestic workers said their employers did not abide by the contract. This is in part because the Tanzanian contract has no legal standing in Oman and the UAE. Tanzanian embassies lack adequate protection systems, and have no real power to help workers force employers to return unpaid salaries, provide compensation, or pay return flight tickets home.

Tanzania also has no complaint mechanisms or channels to provide medical assistance for returning workers who faced abuse or exploitation overseas. The lack of economic reintegration policies leaves many women seeking to migrate again even if they faced abuse.

“Tanzania should ensure that women can migrate safely for domestic work,” Begum said. “Tanzania, Oman, and the UAE should work together to prevent exploitation of migrant domestic workers, investigate abuses, and prosecute those responsible.”

“Atiya Z.,” 28, from Kondowa, traveled to Oman in June 2015. She said her employer confiscated her passport and phone, forced her to work 21 hours a day with no rest or day off, did not allow her to eat without permission, and beat her every day. She attempted to flee after three weeks, but her employer brought her back and demanded that she repay recruitment costs of 2 million TZS (US$880). Afterward, she said, her employer confined her to the house. In April 2016, she said she fainted because she could not eat due to a swollen throat. When she returned from the hospital, her employers retaliated: “The woman started hitting me and said: ‘You did not come here to get sick.’ She called her sister-in-law, who came over and they stripped me naked and beat me with plastic hangers. The construction workers could hear me screaming from outside but couldn’t help. When the husband came back he took me to the room and raped me anally. After he finished raping me, they took me to the brother’s house and the next day they put me on a flight back to Tanzania. They took the money I earned, and only gave my passport back. They just left me at the airport. I was scared, traumatized, and didn’t know who to speak to.”

“Inaya R.,” 23, said in 2013 her employers in Oman did not pay her for five months but when she wanted to leave, they demanded repayment of 700 OMR (US$1,818) recruitment costs. The embassy could not find a new employer willing to pay this amount, so she went home with no salary and raised her own money to pay for her flight tickets home. “The embassy doesn’t have power to say anything,” she said.

“Hidaya Z.,” 30, said for almost two years, her employers had forced her to work 17 hours a day with no rest, and no day off, confined her to the home when they left the house, insulted her, paid her 50 OMR ($130) instead of the 80 OMR ($208) her contract required, and failed to pay her six months’ salary. In 2016, she finally fled after a male family member sexually assaulted her. She went to file a complaint with the police to get her passport back from her employer on the advice of the Tanzanian embassy in Oman. The police told her that her employer had pressed charges against her for running away.

She said: “I told the police about my problems but they didn’t care.” The police told her to pay 200 OMR ($520) or spend three months in jail. She said she returned to the embassy, where she spent three months raising the money to pay the fine. “All of my things, including the new clothes I bought for my family and my phone, I left at the [employer’s] house [when I fled] and came back as you see me,” she said.